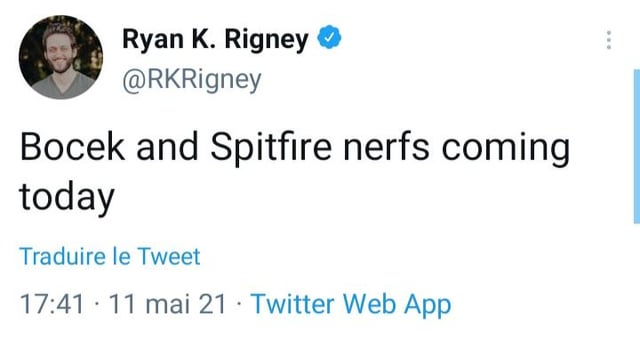 This is a list of links to comments made by Respawn developers in this thread:

This is a bot providing a service. If you have any questions, please contact the moderators.

i just want to be able to find a backpack

I’m glad someone else said this, I thought I was just having really bad luck. Ever since the loot pool rework backpacks have been so much harder to find.

Seriously... It's a very surreal experience when you see an absolute mountain of purple and gold death boxes... and your first thought is "Maybe one of them has a Lvl 1 Backpack"

I think they should make the purple backpack a permanent crafting table item.

Honestly I search for a backpack for 5 minutes to find a single grey then 10 minutes later find a loot bin filled with a blue and purple backpack after I already crafted a purple. I get it’s rng but sometimes the rng feels intentional.

If you can craft a purple, there won't be one in a bin.

I didn’t even know I needed this but yeah, backpacks can be so hard to find sometimes

Those are all I ever see since they've been added to the loot pool.

finding one really has been worse this season hasn’t it?

Does anyone know what is being done? I haven’t seen any notes yet.

That’s a pretty solid nerf for the Bocek

Damn. Bloodhound main here and I understand why they did it but it was so clutch to catch a valk who was using their jets when exploring an area

where the hell is the hot fix for Wattson Fences?? SMH

i wonder if things like its absurd range, (lack of) projectile drop, and sound will be nerfed later, it seems like these adjustments are probably simpler, easier to implement fixes.

spitfire nerf is basically back to s7 levels (?)

I think I good way to balance the Bocek would be to reduce the arrow stack sizes. Limit it and people will quit spamming it so much.

Real compound bow quivers hold 4-6 arrows. But I know this is just a game.

They reduced spitfires damage by 1 and purple mag size by 5,

Spitfire gets slightly less damage per bullet and 5 less bullets in the level 3/4 mag.

Bocek is getting 10 less damage, a slower fire rate (especially with dead eyes tempo) and arrow stack size has been halved.

Her ult should zap arrows

Her fences don’t stun anymore, presumably because of the arc star change 🙁

I think that the Spitfire should still have a place in the game. It should be able to be countered by any short range weapon like SMGs, shotguns, etc. It shouldn't be an all around beast like it is now because the only counter is another Spitfire.

It’s hip fire is too good for an lmg. It should dominate mid range, be decent at long range and crap close up.

Fixed low detail player models in the lobby. Goodbye derpy blob Legends, you will be missed

Bloodhound will no longer be able to see tracking markers for Valkyrie while she’s using her jet pack. This is a temporary measure done to improve stability—we’ll look to restore this in a future patch

Per bullet damage decreased from 19 > 18

Maybe you could make all legends derpy blob for April fools

The Bocek just got bow checked.

yay now the bow isnt the sentinel but faster

First and foremost, they should've lowered the velocity and increased the drop drastically for the Bocek. The other stats could've stayed mostly untouched, IMO

I hope they buff shatter caps at the same time then, the hop up is complete fucking garbage on both the bow and the 3030 you're better off just hipfiring normal shots with both even at point blank.

YEPPPPP. Using Shattercaps is worse than not using it, and even after the bow nerfs, still seems to be the case.

Imo they're cracked on the 30-30 but absolutely worthless on the bow. The shatters make the 30-30 hipfire way more consistent kinda similar to the mozam.

Curious to see what the bow nerf(s) will be. Because while the bow was blatantly overpowered, the Longbow and Sentinel in particular still seem somewhat underpowered this season. And the 30-30 is still pretty much hot garbage, even with the new hop up. The G7 was still okay, just completely outclassed by the Bocek.

Spitfire will probably be actually implementing a nerf, as whatever they claimed to do in the original patch notes had no noticeable affect, may have even been a slight buff. The Flatline as a heavy ammo gun is an easy replacement if the Spitfire becomes unusable.

The Devo as an LMG is still not worthwhile most of the time since you need huge stacks of energy ammo, and ideally a turbocharger to make it competitive. And in most cases where I find a turbocharger these days, the Havoc seems even better.

G7 is the only gun that I found that can rival the bocek. It’s definitely a strong gun this season and the 30-30 is a lot better then it was but still needs some work.

As for longbow I agree and sentinel I’m 50/50 on because I love that sniper it’s so easy to hit shots with but follow up damage is a pain.

Really? I'm finding the G7 and 3030 really difficult to land shots the ironsights are claustrophobic. I've had a few 3030 headshots that one-tapped no helmets. Maybe I'm missing something with the G7? It just feels trash.

The nerfs are here:

Still waiting for wattson being fixed

Whelp looks like I’m going back to the hemlock

The fact that the bocek will get nerfed real quick after release but wattson has to just be content with broken fences ...smh

Have you got a source for that? Im a little sceptical after the treatment loba got

They can work on multiple stuff at once. Balancing is different than big fixing

Crazy they upped his damage then nerfed it way worse and tripled his ultimate cooldown. Like eithe

Unpopular opinion. I'm shit and the Spitfire is like the great equalizer for me.

But giving more recoil would make it a little more fair. Or make it like the Flatline and remove the ability to use a barrel stabilizer on it.

My tips to get better:

Main 2 guns. This will help with your recoil control and weapon wielding.

Main a legend. Since the legends have different heights, it effects your aim also.

Get on firing range and practice the main guns you want to use. OR areans. Usually I stick to level 1 r99, from start to finish. This helps my r99 aim so much in BR.

Idk why they added another ranged precision to the game, we definitely didn't need one, we could use a light lmg, that would be cool.

Ah a sacrifice for freedom, I know the bow is too good but I like it and I suck with it, spitfire broke doe still is in titanfall. Sad times.

Change didn't do shit, bow is still broken AF. They need to nerf the damage in half or double the draw time at least.