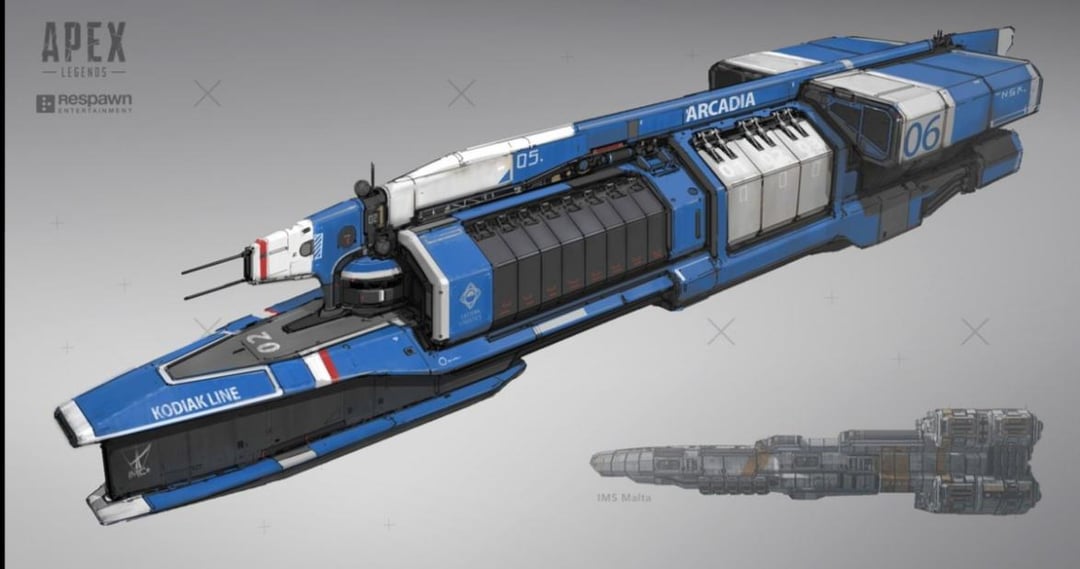 The IMS Arcadia is based on the Malta. Not only that, but it's also carrying orbital drop pods and Windows. Maybe Hammond transported more than just scientific equipment
2 ： Anonymous：2021/03/06 08:54 ID: gpwfhje

I meant widows, as in Titan Dropships.Fucking autocorrect

Ofc it could be repurposed warvessel of IMC, but I doubt

If they were activele using it to transport science equipment, then why would they leave 80%of the ship filled with drop pods? . It also doesn't have any guns, and unlike IMC warships it's bright Blue, not white/gray.

They made made "civilian" ships based on their previous models to cut costs on redesigned maybe? Like you can always just fill those pods with other cargo I guess? Its a neat bit of world building tbf

These pods are 3 stories tall and offer the same amount of space as a small Van. Why keep them?

Hammond was a massive powerhouse to the imc before they went defunct, have you seen the IMS thermoplyae in titanfall? These bastards are huge warships likely built by hammond

When did I say they werent'? I said that its' based of the Malta, which is, ya know, a dedicated warship, and that it has drop pods and Widow Titan dropships even though it was "transporting science equipment"

I mean, the ship Fuse arrived on was literally the IMS Thermopylae, one of the ships that escorted the Draconis on Typhon alongside the Malta. The ship Legends jump from is also the same class as the Draconis. Guess we know where the IMC's ships ended up after they were defeated.

My point was that Hammond was transporting military equipment and lied to the syndicate and public about it.

Any idea on the size of the ship?

Looks to be around 250 meters. Probably should test it out with the ping sistem

Someone refresh my memory, the Malta is one of the ships from Titanfall 2 in the level with Viper right?

Yeah. The one you jump on. The one on which the boss fight takes place

Judging by its' coloration, is it possible that Horizon had the IMS Arcadia equipped with post-Civil War materiels? The Drop Pods lack doors & Widows (judging by their name & use) have a favorable mass-to-weight ratio ideal for moving lots of heavy stuff for cheap. We don't know what exactly happened to "Old Horizon" but, as she knows what happens in the future, the Arcadia could be packing what will be needed in future events. You know, "for science"!

You do realise Hammond used, not horizon, right?