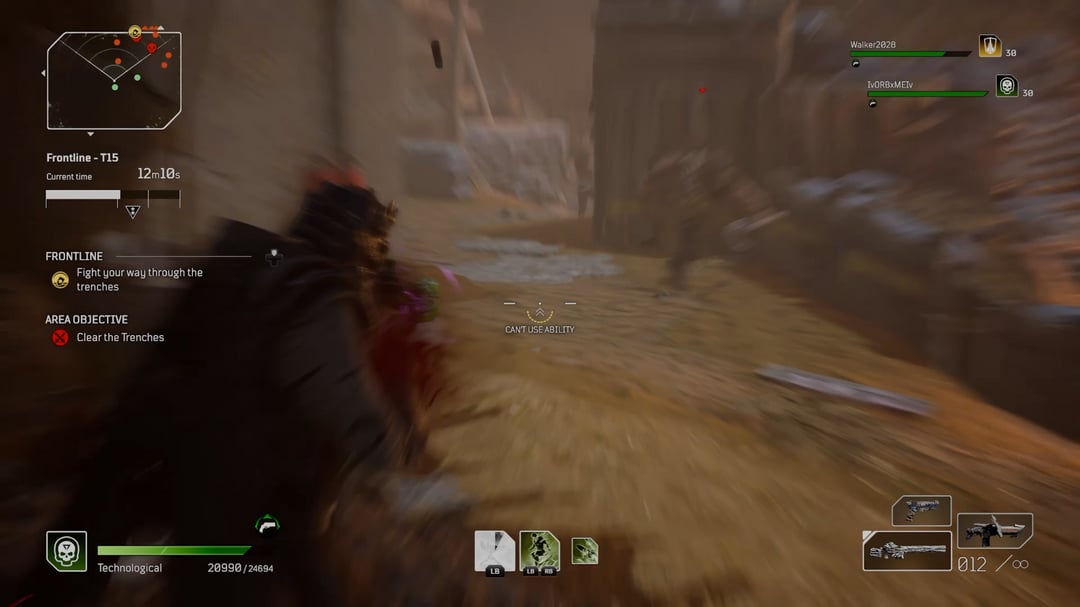 Agreed! Too bad end game punishes you for taking your time 🙁

Yeah 🙁 they need a new game mode that focuses more on team work and rewards you for taking your time. Like rdr2, missions actually give better rewards for taking longer may be a glitch but still it’s pretty cool and should be like that In this game.

Someone suggested medals included with the timer that way you could be diverse and still have a chance at fun.... I mean legendaries.

They need to fix alot still. If I do 90% of the damage and someone pops in and grabs the kill shot. It should still get my mag refill. Makes it hard when running magma rounds or corrosive rounds.

But I wonder what tree nodes you are going with. You are not using Blighted Turret, so you can't activate final Pestilence node regularly, which makes top tree much weaker.

I would also hold off with Borealis Set until they finish their investigation and maybe change something with Freeze status and make it work better. Right now all epics is just better for Techno. Borealis and mods that increase damage to frozen targets are very inefficient with how Freeze works now.

Yeah it feels like it doesn’t even work, I just need to farm for better stuff I guess. Sniper is actually really fun, makes the game feel much different rather than rushing through actually taking your time it’s fun. I just wish they would make the sniper hold more ammo. It should be a base of 15 not counting the extra ammo skill nodes

Yeah, way Freeze works now is that enemies just break out of it when you shoot them, so bonus from Borealis and mods like Freezing Boost and Shatter only apply to first bullet. Then enemy is no longer frozen so no bonus. It's really bad, makes Borealis and those mods, and some Techno middle tree nodes, near useless.

It's either the Toxic status or just damage alone that breaks the freeze, I'm not sure exactly, because I use Blighted Rounds and they just do both at once. Enemies within Blighted Rounds splash zone radius get unfrozen too, while others that are further away stay frozen the whole duration.

Freeze at base lasts 3.5s, which in a game like this is pretty long, so it's very easy to notice this happening.

I have tested the Borealis Set and those mods, played with Freezing Turrets for a while, and while it is fun and CC is useful, I eventually went with all epics and just pure damage Pestilence tree.

But Blighted Turret is a must, because it's on very low cooldown and let's me proc the final node, so I have it's bonus active pretty much all the time. Node's effect lasts 10s and BT cooldown is only 6.7s. Absolute must have Skill for top tree Techno.

I do like Sniper Rifles and I couldn't believe they nerfed them in the first week. That was a very stupid move, they really should re-balance weapons soon. I mean I love my Tac AR and I'd probably use it even if it wasn't as strong as it is, but I think all the other weapons and variants need to be buffed to bring them up to Tac AR level. All weapons should have clear strengths and weaknesses and fit certain playstyles, but right now Tac AR just does all with basically no downside. It's pretty bad game design.

It's interesting I think this game suffers from The min-max Dilemma more than most I've played. Every class in this game has a build or builds that completely trivialize the endgame. We're talkin your two teammates can basically sit at the start and you can pretty effortlessly run through the whole map and clear it with a gold time.

This is well captured by your video playing a br technomancer using a rifle... if you would have been using a tactical AR you would have cleared all those enemies in 1/10 the time.

Don't get me wrong I actually really love the rifle weapon type it's what I used all through the campaign on my first character that I played.

But with the bell curve on damage of some build reaching ridiculous Heights and the games difficulty scaling being Limited. Do I have to actively gimp myself to make my teammates actually matter? Or run the build that it doesn't matter if I'm group with a level one gerbil?

Something I feel it is important to note here I don't say any of this to be braggadocious.. it's more pointing out the problem of build scaling and the game's difficulty scaling and the importance it has on Group Play.

Too bad there's no team speak to work as a team. Everything about this game drives you towards creating God builds to carry people. I mean, that's fine by me but at least throw in some diversity.

Give us content where specific builds are needed to work together and complete it.

The time limit kills it though

I’m on Xbox yeah sign in problems suck but hopefully they will resolve it in the next patch. When your host it runs perfectly just the p2p connection that sucks

You forgot to add "and reach bronze doing so"

So? Still is way more fun, I have every legendary in the game at this point I’d rather have fun and actually have to think than not and just mindlessly rush through the game to get the best time/ rewards

What's there to do after getting all legendaries?

Why waste your time by thinking when there aren't any strategies besides taking cover and all stages are just a narrow one-way??