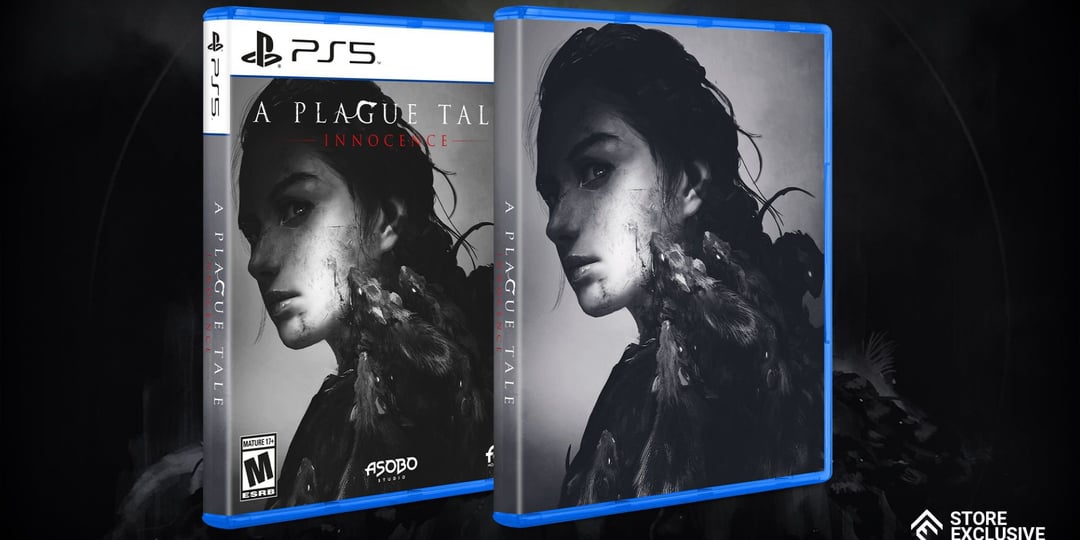 Already has a physical release. This is a new cover exclusive to Focus Entertainment though.

Hidden gem, loved playing through it. It seemed like a carnival ride where you just keep moving forward to constant entertainment.

The last chapter got so annoying hard for me that I stopped playing.

Just curious, but do you mean When you have to push the carriage past the archers and then soldiers rush you from both sides, and you have to headshot 5 in a row to survive? Because that was just terribly done, and I agree with you. So close to the end though! And the final boss fight was really fun. Otherwise I really enjoyed the game!

Is it good? I have yet to get past the intro

This game is heavily slept on. It's so good

Yeah I really enjoyed it. No grind at all, satisfying puzzles and level design. Some areas I would replay to get that perfect run through but it never became frustrating. Enjoyed the ever evolving game mechanics and how it builds on itself. Very well designed game.

I couldn't really get into it. I got to chapter 3 and uninstalled. I probably just didn't get far enough into the game for it to get better but maybe I'll pick it up again later.

It’s a solid 7/10 game with a good story but basic gameplay. It’s an easy platinum but after that there’s no replay value at all.

I thought the gameplay was quite brilliant. Sure it's simple and most of the special ammo is unnecessary, but I really enjoyed how you basically reinvent the use of the same tools for a different purpose as you progress.

For what it's worth I put it down right after meeting the rats for the first time, just didn't find the story all that interesting and the gameplay felt a bit jank.. sucks cause it was so hyped at the time.

I enjoyed it. One thing that really improved my experience was setting the language to French and playing with subtitles. I’d heard the VO wasn’t great in English but in French I really enjoyed it.

Yes, its one of my favorite games ever probably. I got the Platinum on PS5 and the 100% on Series X.

Nope. It's mostly a janky stealth game with lame voice acting. The kid is also one of the dumbest characters ever found in a game.

The kid should be on birth control posters.

Setting is incredible (I’d play it for that alone), gameplay is slightly meh

It is a lot of stealthpuzzles, i finished it but i can't say i enjoyed it.

Loved the game, platinum on both PS4 and PS5 if you like a decent story and a good third person adventure game then download this

Yep it's worth a play.

Ya, you definitely need to approach this game with the right mindset to get it.

The game is not meant to be hard (I was was in a flow state the entire time, not banging my head against a wall in frustration).

The AI are meant to be very predictable (the game is not trying to be a realism simulator like the last of us 2. A plagues tail looks realistic, but isn’t trying to feel realistic.

The story has heart, but it’s not groundbreaking or pushing it’s genre in any way.

What a plague tail does is put you into 14th century France and provides a hyper detailed world to immerse yourself in and just stair and recoil at how pretty/morbidly disgusting it all is. The art direction and music carry this game big time.

I actually found that it scratched my assassins creed itch and I think that people who play AC to get immersed in stunningly rendered historical worlds are going to be delighted by A Plagues Tail. The gameplay is simple and easy (like AC), the world is even more detailed and incredible to look at, and the acting is way better then anything AC has done. Just don’t expect the player choice or RPG elements of AC.

If you go in with the right expectations, you’ll have a blast, but this game is so focused that it won’t allow you to stray from its path (player choice during gameplay doesn’t really exist in the game). If you care about player agency in your games, you’ll hate A Plagues Tail.

its heavy on story but its also a bit more than just a walking simulator. and its a great story IMHO

Damn that box art is sexy

I know right! Looking forward to the sequel

They are selling a really nice Medallion from the game too!

Alright guys pack it up.

Just recycle what you can and burn the rest.

Sorry your paychecks will be so short this year, during these difficult times.

He’s kind of right though, if you claimed it on ps plus which wasn’t long ago then you don’t need it on disc too, which I imagine applies to 95%+ of people.

I guess it's cool for folks who have never played it. But yeah, it has a physical PS4 release with PS5 upgrade, and the native PS5 version was on PS plus a few months ago. If it had some new content or something, maybe. A new cover isn't quite enough for me.

I usually buy physical releases of games I enjoy (especially smaller devs/projects) but at this point I'm ready for the sequel.

This game is fantastic. I've recently gotten into AA games with Kena and loved this. Just as Kena, it's a technical showcase that puts a lot of AAA titles to shame. It has its flaws, specifically with inconsistent AI, some janky controls and uneven difficulty, but it's a well made, emotional adventure in a fresh setting.

A true next gen sequel was already announced and I am so looking forward to it. Easy buy.

That girl is hot

The police are on their way

15 in the game afaik

For those who bought the ps5 physical, is the game complete on disc, or are there update patches?

This game caught me by surprise. Decided to try for a few minutes. Ended up loving it. Very underated game.

Good graphics, good story but boring as hell to play

I usualy like the weird physical releases, but this? meh

Perfect way to not be able to use any of your PS4 controllers.