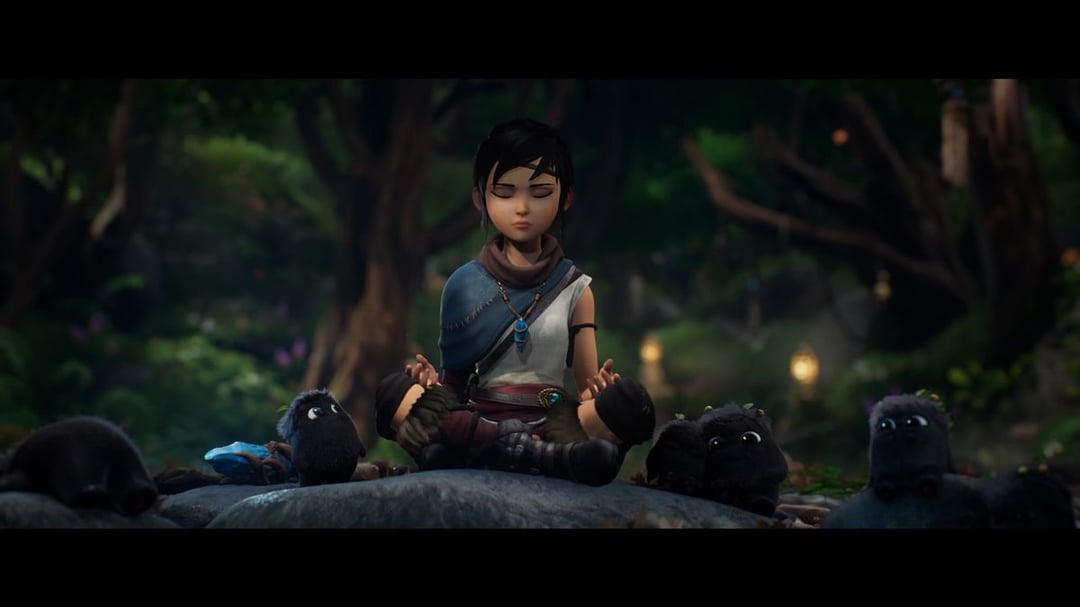 Very interesting article with Ember Lab and the developers talking about the success of their game.

Statements from the article:

The Grier brothers had never made a game before. Their company, Ember Lab, began as an animation service house when they started it in 2009. After going viral in 2016 with a short fan film based on The Legend of Zelda: Majora’s Mask, the brothers decided to pivot to full-time game development and create a beautiful, ambitious action-adventure game.

The team pitched early versions of Kena at game conferences and drew interest from several big publishers, then struck a deal with Sony for funding and marketing support. Working with one of the big console makers had some nice perks. They were briefed on the PlayStation 5 a year before its announcement and even received early development kits, much to the delight of everyone there.

“I think we all turned back into the kid versions of ourselves,” said Josh Grier. “We felt like we were at a private E3.”

The Griers wouldn’t say exactly how many copies of Kena they’ve sold, but they said they’ve recouped the game’s initial costs and have been pleasantly surprised with sales so far. “It’s hard to tell what's a huge success,” said Josh. “Sony’s happy.”

That's living the dream right there. Making that Majora's Mask video, and then shifting into developing only to work so close to a top dog game company and have that support and insight.

Thought a sequel to Bridge of Spirits was the obvious next game for Ember Lab, but it doesn't appear to be?

Kena’s success has allowed Ember Lab to become a full-time game developer. They’re not yet sure what their next title will look like, but they know it’ll be a narrative-driven video game like Kena.

I had a few minor things I didn't like, but overall it was incredibly polished. From the unique puzzles to satisfying combat mechanics, I had a lot of fun playing this game.

I am a big fan of games that exist in the same world. It would be cool to see that happen if they are exploring that similar formula. Having Kena or that forest being somehow involved with a new lead character elsewhere. I still need to play Kena so idk how things work out.

Good point. I don't want to spoil the game for you, so I won't mention what happens in the story.

Only thing to be aware of if you do get Kena is the difficulty spikes, which ramps up dramatically in places(I don't want to be too specific here). If you've played FromSoftware games, you'll be fine though.

So when does Ember Labs join the family?

I don’t think they will yet might heavily depend on the next title but since they are saying Sony is happy they could be willing to fund the next game too. A very good animation/video game team like this could make for a great edition to the studio family though as they are much different style to everything else

I can feel Sony buying them soon, it's in the air

Interesting article in the context of Jason Schreier's article about how Sony is not interested in Indie Games but only in blockbusters. It all sounds funny when you see that a studio that has never made games has received a lot of support from Sony.

Glad they made money, Kena was a true banger.

We know Sony didn't step back from indies because they supported them throughout the PS4. The only change was from 2016 onwards when they decided to allocate a large cut of those funds towards indie VR projects.

Kena has been the best resume/application story ever

That's good, they've still got November to look forward to with the physical release. Hopefully the same or higher quality of work is maintained in their future projects

That’s what I’m waiting for. I hope it does well for them.

I forgot this game even came out

Wife has been playing it lately. She loves it.

Gonna have to pick this up digitally then. I think this is the game they haven’t released a physical copy for yet

Why is the game on PC.

Why is the game on PC.

Fair enough, why not Xbox & Switch they can get even more money.

Really happy for them, hopefully their next title will be equally as good if not better.

Nice! Company came out of nowhere and made a very strong GOTY contender. They deserve the success.