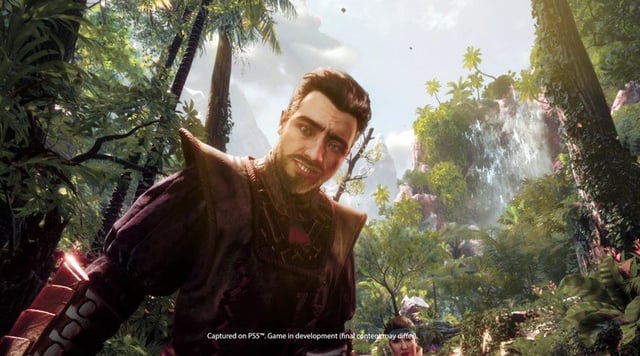 How do they omit what is perhaps one of the most suited implementations of VR with GT7. Certainly at the top of my wishlist.

Random theory, but what if GT7 was delayed to maybe even be a flagship VR2 title?

Just a thought. I doubt it but it could be a thing.

probably not. there’s no need to delay it so it can be a flagship title, as they could just add an update when PSVR2 releases.

I don't know, I've never seen a game pushed back after announcing a date and taking in pre-orders. But then again, I'm not very on top of gaming news, I could well be wrong.

If that is what it will take to have full VR support, I'd gladly wait and grind out some more daily races and time trials on GTS and play some more ACC.

I'm expecting to hear more news about GT7 and/or PSVR2 in the coming months very soon, as we near release date.

I've been waiting for psvr2 for 2 years already, so I'm all for a march release and GTAV and GT7 getting VR mode day 1 indeed.

I had the most fun with DriveClubVR. Yes it didn't look as good as GTS but 6 player online racing in VR was a much better experience. Even bought a wheel and seat to further the immersion. Can only hope GT7 has full functionality with PSVR2. The sense of speed, visualizing your surroundings / breaking points and the 3d audio just pairs perfectly in VR.

I've been out of the loop with this, has anything been confirmed that GT7 will support VR? Or just hopes?

Astrobot, RE Village and possibly Half Life Alyx and Call of the Mountain for launch.

RE Village as a VR title is a no brainer. The only issue maybe would be making some of the cutscenes later on first person for VR.

The beginning cutscene in RE7 is flat and projected imax style. They can probably do that for RE8 if they have to although if it’s in the middle of the game it might be a bit immersion breaking.

So they took all the popular games, put VR in their title, and call it an article. Great journalism.

Hey now. They also assumed a new Astro VR game is a longshot because they think Team Asobi was shuttered.

Team Asobi was promoted instead, it was Japan Studio which was shut.

I laughed at the thought of "The Last of Us VR".

As a massive fan of the series, sure, it'd be fun to look at a Clicker's character model up close in VR. But making that game into VR would lose the entire heart and soul of what makes The Last of Us special.

I wouldn't mind at all playing it in third person with gamepad in VR.

TL;DR: "Every game that is my favorite, but in VR"

and that's exactly what I want: my favorite games ever in VR. already got quite a few: Skyrim, Borderlands, NMS etc... bring more, especially Bioshock and RDR!

Just give me Killzone VR.

I figured the list was going to be vr games that are currently not on PSVR1 not mostly just a list of Sony's main ips. All the games listed in the article are a given and would be nice. Of the vr games that are not on PSVR1 that I would like to see on PSVR2 are a non edited Resident Evil 4, Half Life Alyx, Saubnatica, and Adrift, since we got the non vr version of it on Playstation. I would like to see sequels to Here they Lie, Thumper, and Until Dawn Rush for Blood. Those 3 games were fantastic when the psvr first came out. Here They Lie was a little hard to play with motion sickness but I loved the overall impressiveness and scare factor. Resident Evil Village on the PSVR2 would make it a day 1 purchase for me if it gets patched, as Resident Evil 7 was the first PSVR game I finished and still my favorite.

PSVR 2 is impressive, did they say whats the price going to be?

I honestly hope they make some open world games where the focus is more on exploring rather than the missions, it would be a joy to play with the new PSVR 2.

So the Quest 2 is $299 for the cheapest model (and it’s a standalone — no PC or console required to play it) with a more expensive $399 model available. I think the PSVR launched for $399 as well, if I remember right.

The tech in the VR2 looks really good (like the HDR OLED screens at a resolution of 4K, the DualSense controllers with analog sticks on each, haptic feedback in both controllers as well as the headset and adaptive triggers too, capacitive touch pads that track your index and middle fingers and thumb, even when not actively touching, as well as gestures, gaze/focus tracking w/ foveated rendering, inside-out tracking, etc.). I’m thinking $449 is probably the sweet spot but it wouldn’t surprise me to see it go for $499 at launch so they have something to reduce the price later. It seems like a fair deal at that price (though definitely expensive, considering you need a PS5 on top of it).

It’ll depend on whether they bundle in two controllers, and maybe a game as well. I think they’d be smart to bundle in an AstroBot sequel like they did for the DualSense to demo what the controller could do on the PS5. AstroBot: Rescue Mission completely revolutionized what I knew that platformers were capable of, so a full VR2 sequel that’s meant to demo the haptic feedback and adaptive triggers and touchpads (that sense gestures and multiple fingers on and off the pads) would make a lot of sense to include. Give people a day one experience that wows them and is easy to demo for newer and first time VR gamers as well (I used the Shark Cage Demo from VR Worlds on the PSVR a lot, as well as SuperHot and Until Dawn: Rush of Blood). Speaking of, a sequel to Rush of Blood would be AMAZING.

Thanks for the reply, I guess thinking about it could cost somewhere around 400 - 500 €, and you are right, that is high especially because you need a PS5 on top of that, but the tech in PSVR 2 is impressive.

It will be interesting seeing the games that can be played with PSVR 2.

You want to just walk around? Meh

I'm hoping most, if not all, games get VR mode - even if just to look around in VR rather than just watching on 2D screen...

Well, most games getting VR mode would be awesome, no doubt there.

8K OLED HDR 120hz would be really expensive though.

Hope all the previous games are backwards compatible. Seen a few outlets mentioning it could be difficult because of the specific move controlle

r/camera
implementation but fingers crossed they have a plan for that.
ID: hsqf6pi

because of the specific move controlle

r/camera
implementation but fingers crossed they have a plan for that.

Why would it be difficult? PSVR Emulator could achieve the same results

Leaving aside any tracking issues (potentially possible to create compatible tracking data), something as basic as Move controllers not having analog sticks while PSVR2 controllers have less buttons and analog sticks. PSVR1 games have no concept of analog inputs for variable movement speed, they often use things like 'press to walk, double press to run'. Now sure, Sony could attempt some remapping fudge on a per game basis but it'd be much better for developers to adapt the games for the new controls.

I’m so tired of seeing the “why can’t they just do X” argument when it comes to this stuff. It isn’t easy, causes a ton of support headaches and isn’t profitable.

A PS dev was talking about how the tracking works as well as the rendering view for PSVR and there is not one standard API to do that. Each game would have to be rewritten to work with new hardware that fundamentally works backwards to the old version.

In short, you might see PS5 upgrades to old PSVR games (if the developers want to rewrite the games) but it’s extremely unlikely you can just throw a PS4 disc in there and play a VR game.

My understanding was that it could be difficult because of the difference between inside-out tracking from the controllers in the new device vs the camera-based tracking in the original PSVR. Digital Foundry did a video on it recently and discuss the possible issues with BC towards the end.

The PSVR2 games we get: junk and quirky tech demos which entertain you for only a couple hours

An updated chess ultra VR would be amazing

I’d honestly prefer insomniac to make a Resistance VR game rather than Spider-Man. Also strange that they list the stationary Homecoming experience as the last attempt when the Far from Home experience had an entire city you could web swing around.

I'll buy this headset because I know the games will be awesome for it,

I felt burned on the first one, don't think I'm gonna go round 2 unless it hits a decent sale somewhere.

Would love a new Rush of Blood

Why is Android Central reporting on PlayStation VR? Does PSVR 2 run Android? does PS5 run Android?