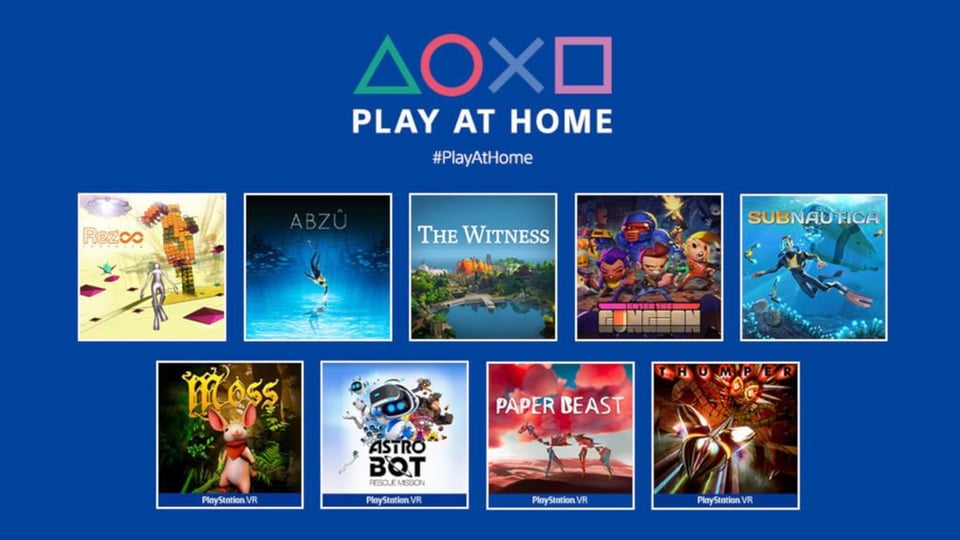 They still have more to show! Man they are really giving away great stuff.

So excited for subnautica, been holding off for a steam sale but now I don't have to.

The games listed in article:

Man I regret buying PS4 games on sale so much lmao. I skipped the PS4 and I assumed the sales wouldn't be as big right after the PS5 launch. Dumb me thought Sony would take the opportunity to nickel and dime new PS users.

I don't think I've bought a single game that wasn't given for free or was part of PS+ less than a year after I bought them. At least I didn't spend too much in the first place.

I bought a cheap physical copy of the complete edition of Horizon: Zero Dawn ages ago and it's still sealed, I really need to stop buying games that I'm not planning to play right away.

Don’t worry, I’m in the same boat. It just makes it more fun that my friends can finally play that game I was raving about 2 years ago.

Ha, same. Bought a handful of PS4 games I wanted to play, including HZD, and haven't touched any once they announced the PS Plus collection.

I just dropped $70 on Demons Souls. I've accepted that inside of two years I'll kick myself for my impatience, but fuck it it's my birthday and I wanna get my ass handed to me by some giant monsters.

Finally. My years of waiting patiently have paid off!

DAMN IT I JUST BOUGHT IT A MONTH AGO

Thr Witness was also on PS+ like 2 years ago. Super fun game!

You had a psvr and never bought astro bot?

Apparently the program was also extended to June and they will be announcing more content later. Looks like we will get one more drop of games before the summer.

Damn, so many games! 10 is already so much and we're possibly getting more??

Did you claim Ratchet and Clank that they are giving away now?

Damn even more???? I got my ps5 this year as my first playstation, this is giving me a really good impression of sony lol

Dude, honestly, between these games and the PS Plus collection and the current lineup of PS Plus games these last few months, you'll have a busy year (or more, depending on how much time you have to game; FF7 Remake will keep me busy this entire month, maybe longer).

On the other hand, don't let it get to your head and assume this is normal ... it isn't 🙂

Was looking to buy this one but great it’s free

I got it on launch day and it was worth it, but got rid of it when I sold my ps4 early covid to pay some bills. I seriously planned on going out and buying this tonight for when my ps5 comes, this is great news!

tonight for when my ps5 comes

Sounds like things may have been on the up for you in recent months, nice job!

I got it for full price at release and it was worth it then too. Fantastic game

Same here! I'll put it on the backburner until a 60fps patch comes out, probably closer to the sequel. But the reason it's on the backburner is because Sony have put so many amazing games up for a free between this and the Plus Collection.

Yeah I have the game physical, but I am trying to go digital with my PS5 DE. So I have been waiting for the game to go on sale for $8-$10. Good to know it will be free. To anyone who hasn't played it, holy shit you're in for a treat.

This is especially nice for those that don't have PS Plus.

I own every one of these, but this is an amazing lineup for people who don’t.

Thumper in VR is something else. I enjoy it greatly but can only play in small doses.

Looking forward to grabbing Subnautica and Rez. (Can Rez be played without VR?)

Also, does Subnautica have any PS5 support?

Rez and Thumper can be played without VR.

Horizon Zero Dawn is, in my opinion, a must play game. I’m so happy that they’re making that masterpiece available to even more people.

Yes, I didn't buy it because I was sure it's gonna be PS Plus game at some point before Forbidden West gets released.

People like me who never had PS4 are getting spoiled so much by Sony, lol

PS5 is my first console in almost 2 decades and... yeah. For the first 3 months I didn't buy anything other than PS+ membership (which I got pretty cheap back in November) - played through The Last of Us, God of War, Infamous Second Son and Uncharted (oh, and of course Astro's Playroom, but it's really short). Recently I bought Yakuza 0, 1 and 2 in a deep sale because I really wanted to play it, but after that I'm going back to all the "free" games. I still have Days Gone, Detroit Become Human, Bloodborne, Rachet and Clank, Persona 5, Control, Hollow Knight, Final Fantasy VII Remake (I'm just sad about no PS5 version)... probably a few more I forgot about. And now Horizon. And I'm sure a bunch of other PS+ games that will come out soon.

Like seriously, with how much I play (not very little, but not a lot), I could end up gaming for over a year with basically just a single ~$40 purchase of PS+. And not just playing "meh" games, but actually games I really wanted to play. And by that time, other games I want to play (like Ghost of Tsushima, The Last of Us 2 or Spider-Man) will probably be dirt cheap too.

Woah those are some nice games!

This is a fantastic drop of games.

and at least 3 you'll need a PSVR to play. Really curious on what they are planning with this new PSVR. Facebook pretty much killed my interest in my Quest.

Rip I just bought Moss during a sale a few weeks ago. Oh well, this is still cool. Thanks Sony!

For what it is worth, I've met with the developers a couple of time and they were extremely passionate about the project and I personally really enjoyed the game. It's always great to see smaller companies get some support.

You directly supported the developers and their families if that's any consolation.

haven’t played most of these, but subnautica is pretty good imo, dont play if you’re afraid of the deep down dark deep down though. Gungeon is fun. Other ones look pretty cool

Are these to keep, like ratchet and clank were?

Wow, I was just about to buy Enter the Gungeon but I grabbed Risk of Rain 2 instead. Looks like I made the right choice