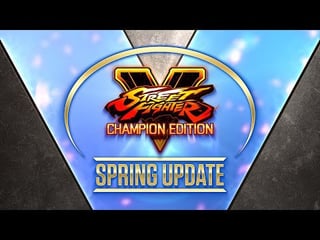 Is PS5 patch for SFV confirmed?

There are still characters coming out? I wonder if this adds to the buzz that SF6 had to be completely retooled. If that’s the case we won’t see the game for another year or two, probably.

why on earth fei long is still not playable? hes my fav character in IV so i didnt play this game

As a Dudley player I feel ya.

How hard would SFV be for a beginner? I’ve always wanted to get into a fighting game but I find them so difficult.

It depends on how competitive you'd like to be. Overall, if you're looking to have some fun and don't mind the grind of learning the game and losing in the beginning, SFV is relatively easy to get into but doesn't do the best job at teaching you the fundamentals of fighting games in the way that a Skull Girls or Guilty Gear tutorial would. If you can put it into words, what aspect of fighting games do you find it difficult to get into?

With the Street Fighter franchise being popular, we're fortunate to have plenty of beginner-friendly resources for you to start with to learn the ropes. The most recent one I've found and have been recommending is rooflemonger's beginner guide to SFV. Another series to follow when you start playing and get the overall hang of SFV would be PuglistPenguin's Two Minute Tutorials. Lastly, if you decide to give it a shot, be sure to check out the New Challenger discord where veterans help beginners out with coaching and overall game advice.

I'm a relatively low ranked Gold player but I still have tons of fun while taking a bunch of Ls along the way. Let me know if you have any questions!

It’s about as easy a fighting game to get into as ever. It still takes time and dedication but the combos are relatively short and easy.

Yeah the input leniency in SFV is probably the highest leniency I’ve ever seen.

You can literally mash all your buttons and spin the joystick in a circle and a raging demon will come out. Like what? Lol. And Cody has a combo where you just mash light punch repeatedly. Oh and don’t forget the free 3 frame window on all links. The only hard links are the weird stutter step combos you rarely see.

Real late to get into it now. Especially with the amount of smurfs floating in the lower Ranks, who just want to stomp on newbies with Twelve.

Only pick SFV up to understand the basic fundamentals of fighting games. Preforming a fireball & combos are not as important as say, know the purpose of;

3) throws & how to defend against them.

4) knockdowns, & how do they influence a match.

There's more I could add, but these are important.

It will be overwhelming at the beginning, especially being overloaded with so much information. The important part to figure out is if Street Fighter even makes you excited to play. If not, try to look for a game that grabs you with its visuals, music or character design. Finding a fighting game that clicks at multiple levels, will make enduring through the long learning process more worthwhile.

It's probably one of, if not the easiest SF to get into in the series. Hardcore fans don't like it because of that (among other reasons) but it's a pretty fun game. Still, if you're new, expect to lose a lot.

Definitely good for a beginner and has a lot of low elo players to train against. But like all newbies to fighting games, prepare to go on fat losing streaks for awhile. But that’s how you learn

For me personally it's the inputs. I've never been one who can do the "rotations" needed for a game like this, where you have to do quarter, half, or zig-zag type motions with your directions in order to do more than just your basic kicks and punches. At least not consistently enough.

But if you can learn how to do them, then SF5 is definitely an easy enough game to get into. Just don't expect to learn everything at once. Pick a character that you find interesting and don't worry about just sitting in practice mode trying stuff out for hours on end. Start with the basics until you're at a relatively comfortable place with them, then start advancing through the games other systems.

Tried to pick it up and to me it just feels like I was fighting the control scheme more than my opponent.

Probably the best update video in a long ass time.

Don't know what to say about Oro yet, need more footage.

Rose looks like she's going to be annoying like in SF4, but in a completely new way.

Akira seems interesting. Glad she's nothing like Makoto, who I hope makes it into SF6.

Overall, they seem like they'll be very technical characters with a lot of depth.

That performance was pretty solid. Why hasn't Capcom had these guys perform at any of the CPT Finals? Every other music act, have been terrible.

As much as i dont like this game, Akira did get me intrested. Especially if capcom are experimenting with Air combos.

Everyone looks awesome. You can really tell the difference in the past season or two, where it feels like the developers are finally able to put some real love and time into each character, making them look and "feel" different.