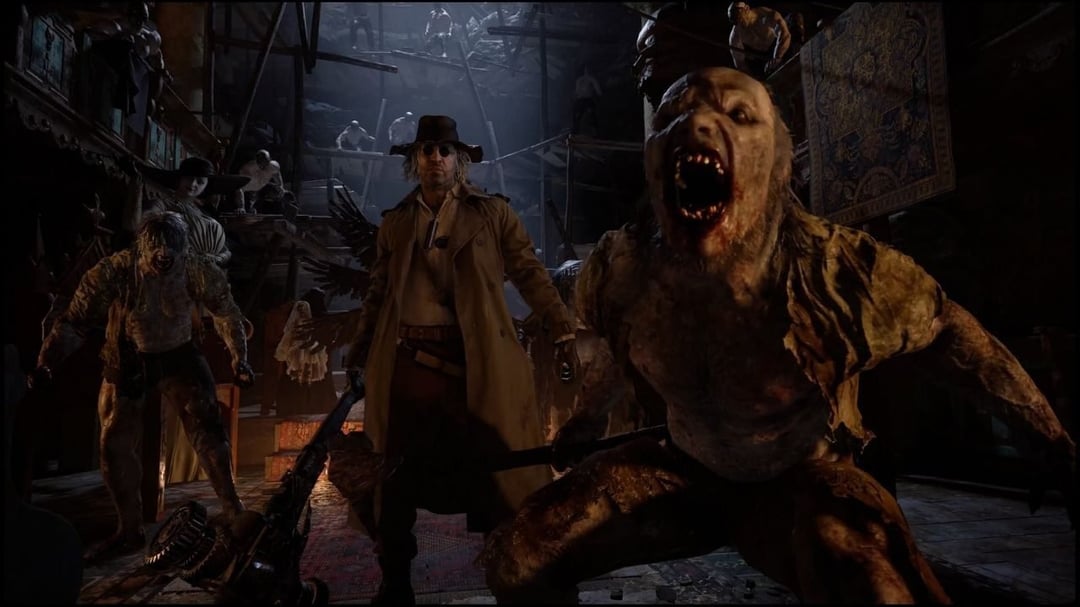 Is RE good? I played the very first one and it was amazing. Then have picked up others through the years and didn't like them at all. Am I missing out?

Probably one of the strongest franchises in game history tbh even most of the spin-off titles are generally pretty good, though usually lesser so than the mainline series.

The original Resident Evil 2 & 3 have the same general gameplay as the original game. So do Resident Evil 0 & Code Veronica. If you liked the first game I don’t see why you wouldn’t like the rest I listed here.

Resident Evil 4 is a bit of an odd duck since it doesn’t really play like any of the rest in the series but could definitely be seen as somewhat of a 1/2 point for what’s to come. It’s an over-the- shoulder 3rd person shooter but has a bit of a funky control scheme since it carries over some tank control aspects of the earlier games. Slow paced like the earlier games but more action focused & consistently tense. This is many people’s favorite in the franchise.

Resident Evil 5 & 6 are good games for what they are - they’re just action-adventure games that take place in the RE universe & continue the storyline but the gameplay is miles different from the survival-horror the series is known for. Even the spin off titles from around this time (like Revelations 1 & 2), stick closer to the old style of gameplay (though more linear overall).

Resident Evil 7 switches the FOV to first person but at the same time brings the horror home in a sense. It’s probably the “scariest” of the bunch & it has a similar play style to the original games when you get past the first-person shooter elements & more into the other aspects of gameplay.

And lastly we have the Resident Evil 2 & 3 remakes which are 3rd person shooters but slow paced & non-linear like the early games. I’d say start with these TBH & then hit RE 4 & RE7 before getting to RE8.

Edit: My suggested play order (for anyone that is 100% new to the franchise):

If you enjoyed the high intensity action of 4, then check out 5 & 6.

I think it’s worth it to everyone to play all the games on my first list though.

Depends on the game but yeah, mostly an excelent franchise.

I suggest playing RE7 first.

Yes they are damn good get RE7

The original franchise went downhill fast after four. 5 and 6 are garbage, but 7, which I played just recently on my PS5, is a brilliant game. A real gem. The remakes of 2 and 3 are also absolutely worth your time and the new game looks very, very promising. If you own a PS5, RE7 is free via the PSplus collection, so if I were you I'd download it and give it a try, if you are into it, the remakes and Village will be right up your alley as well. But of course, wait for reviews of 8 before purchasing it. Never pre order a game.

I played every main game in the series and I wouldn’t say 5 and 6 are “garbage”. They’re good games, just not good Resident Evil games. The action component almost entirely replaces the survival horror elements typical of the series.

Most of them are excellent. Since RE7 is free on ps plus collection I agree to start with that one. RE2 remake is fantastic. I really like all of the games but if you’re planning on getting Village next month then it might be a good idea to play RE4 also.

So, there might not be an easy "yes/no" answer to this. The first 6 REs plus spin-offs were 3rd person action/adventure games. The first one I played was the original RE 2 on the PlayStation. I loved it. The game transformed through the years from fixed camera to over-the-shoulder 3rd person. Finally with RE VII it became a 1st person game. I didn't play this one because I got burnt out on FPS in the 90s. But I hear it was good. Also 1-6 and spinoffs mostly involve the same cast of characters, whereas RE VII started over with new characters from what I understand.

I played the new demo last night. Not bad. But not sure if I will play or pass on this one..

I enjoyed every mainline game in the series except for RE6.

You didn't like ANY of the others you played? Which ones did you try?

Do not listen to these people, they praise every game that ever releases. About 10 hours of content, half of it will be back tracking while being stalled by an unkillable AI. The atmosphere looks decent, that's about it. Is there even a soundtrack?

Do you understand that there are over 25 games in the RE franchise, and that the only game to match this description was made more than 20 years ago?

FYI, there's numerous video shots in the article that I'd say are borderline spoilers.

Torn from a blissful family life by events beyond his control, the once settled husband and father now finds himself lost and alone in a remote region of Eastern Europe, driven by a single goal: find his kidnapped infant daughter.

Is it really in Eastern Europe? Why does everyone have American accents?

I won't even bother, they butchered the cultural aspects of what a Romanian village is supposed to look like. I got turned off when I heard a reviewer saying "this is a victorian era inspired village" and it's really bad because my country didn't have victorian era influences, especially in villages. I'm frustrated a bit because with all the dialogue about representation (with which I fully agree) only specific and more important categories are getting this benefit and are taken into consideration. I would have loved it if they would have captured the feeling of a Romanian village