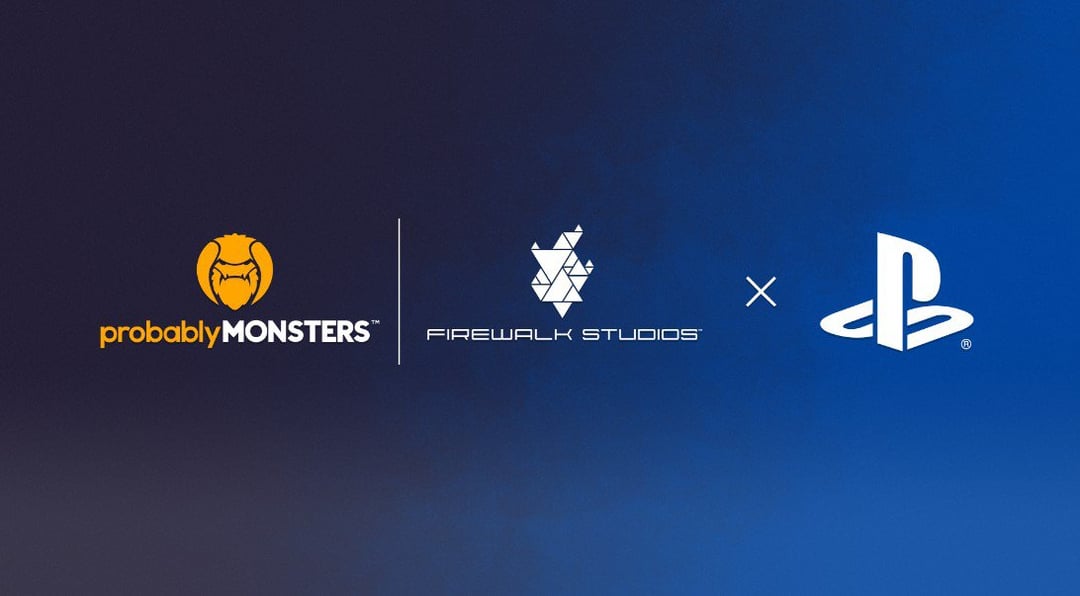 Hermen Hulst - "I think that the games that we make are as distinct and diverse as they can be, From Sackboy to Astro Bot to Dreams to these kind of games that you're referring to, like The Last of Us Part 2 and Ghosts of Tsushima."
2 ： Anonymous：2021/04/22 14:23 ID: gvg3rs5

Furthemore "And you can bet that we will carry on making these games, because they are the heart and soul of what we do here at PlayStation studios. But at the same time, we are just as committed to making these quality experiences as we are to experimentation and to coming up with fresh ideas.

"But you know what? The lovely folks that we are talking to today at Firewalk Studios, they're story tellers just like the people at PlayStation Studios are. They are story tellers in a very innovative way. Matched with their deep experience as a collective in AAA multiplayer games, I think that is going to lead to some very interesting and very nice surprises for our fans"

It’s interesting how he talks about story tellers.

I’m a very big movies & novels guy - those have always been my main passions. Stories. & that’s probably why I gravitated to the PS ecosystem w/ PS4 after about a decade on exclusively Xbox consoles. PlayStation has stories that I actually wanted to sink into. And needless to say, they did not disappoint.

I know a lot of gamers out there don’t really care for narrative driven games & it’s nice to hear it’s going to be as diverse as ever when it comes to the type of games produced. But for me, I’m just happy Sony has remained so dedicated to merging the gaming & cinematic experience together in an amazing way.

I 100% agree with you there... I too am a film, book, and tv guy who has always been drawn to a great story. This is the reason I am a Playstation the first party games usually have a great story that keeps me engaged in wanting to finish a game. I get bored of the story doesn't grab me and will not finish a game due getting bored with the narrative. I am happy to hear the commitment is there to continue telling great stories through game media!

Yeah, people downplayed Hulst a lot, I recommend to everyone to watch that documentary about the making of HZD by noclip videos. Hulst is passionate and he loves creating stories, you can see in that documentary how passionate he talks about Aloy and the world they created.

Damn, I think you just explained my interest in PlayStation ecosystem as well. I've been in it since PS3 (with my own finances at least, had PS2 as family thing) and have always gravitated towards single player, story-driven games. Have never really had an interest in MMORPG, or shooters like CoD.

While there are obviously plenty of great third-party story-driven games available on all consoles, the exclusives (not to mention PS3 doubling as my first Blu-Ray player...movies again!) PS definitely appealed more to me and my love of a good story, I just get to be the "star" of my own movie with HZD/GoW/Uncharted instead of a passive viewer of film/tv.

Yeah this is the reason why I'm even considering buying a console right now. I've been on PC for years but there are a lot of Playstation exclusive story games that I really want to play.

Every time I see Sackboy mentioned I feel obligated to chime in about how much I fucking love that game. So there you have it.

Dude I fucking love that game!

Have never played but know there are multiple games. Was thinking of getting the latest one, is it stand alone or should I buy the first few first?

Not that long ago I received a survey from Playstation asking about my experience with Sackboy.

Survey took almost 15-20 minutes and went into great detail about which exact levels I liked, what I thought about the characters, did I prefer Little Big Planet over Sackboy or vise versa....

I believe we will see more of Sackboy! Loved it!

That would make me so happy

TELL US YOU LOVE IT AGAIN

I hope it does so you can get it. That said, there's so much content and i never have issues getting people to join multiplayer sessions so idk how soon it will ever go on sale.

I've already beat the story part of the game itself and this is one of the rare games I keep playing every week to try and 100% it. Reminds me of playing Mario 64 as a kid and trying to collect all the stars and such.

Check gamefly sales, I got it for 35 last month.

So this has been in development for 2 years already, we might actually see it announced this year then.

Sony got sick of everyone trashing the PlayStation brand last week. They got both Jim and Hermen coming out the same day to put the record straight.

Ignoring the Microsoft astroturfing and crazy fanboys, PlayStation is at its best right now. It’s insane that they were able to end the PS4 with GoT and TLOU2, while in the same year put out Sackboy, Miles Morales, and Demon’s Souls. With Destruction, Returnal, R&C, Horizon, and possibly GoW coming all this year. Xbox has had only one or two exclusives so far this year? And maybe one or two more by the end of the year.

The $300mil Sony had invested in 2nd & 3rd party games has me seriously excited. There seems to be a crazy amount of games coming in 2022 and 2023 from their own studios, and big names like Square Enix, and a very healthy amount of indie or AA studios.

The future is looking very good for the PS5. And we haven’t even began to see what big things Sony has planned for the PSVR2. It’s clear they are setting it up to be a major player in the VR world (more then it already was).

im not optimistic about when we will see GoW, but i second your notion. at least once per year since 2017 (and many times more than just once), ive sat back and said "that is one of the best games ive ever played."

i am by no means a professional game

r/streamer
, but to have consistent overall quality (while continuing to boycott EA games) has been a lot of fun...
ID: gvhar6z

The future is looking very good for the PS5

Let's be real now it would have looked very good with just Spider-Man, God of War and Horizon. Everything else on top of that is just a bonus as far as I'm concerned.

We need the return of a first party FPS. Killzone and Resistance are begging for a reboot or an entirely new IP. I think Holst isn’t being genuine when he says it’s currently as diverse as can be, when most exclusives are third person semi/fully open world action games.

Polyphony Digital to make a first-party JRPG? That'd be amazing

The producer for GT already said hey wanted to make something different, so that'd be perfect

Honestly my dream scenario is if Sony had bought Respawn way back when and made Titanfall a recurring major series. Instead its future is just a hollow ghost under EA.

To be fair, apparently Japanese folks have high praise for that game. The devs at Sucker Punch basically have the keys to Tsushima island now lol.

Give me some Japanese games and I'll shut up. Killing Japan studio did y'all no favors in my eyes!

Asobi Team still stands and so does Japan Xdev.

Sony does now sponsor Asobu a community of Japanese indie devs tho.

Yep I know asobi does. Who is Japan Xdev? And gravity rush 2 sold reasonably well, and also look at freedom wars, that sold really well despite the system it was locked too.

i don't really agree with them killing japan studio, but to be fair, japan studio wasn't producing japanese games anyway.

Gravity rush 2? They made that sick hunting game freedom wars. They worked on assisting development of bloodborne, demon souls remake, and shadow of collusus. They made some stinkers like knack 2 but that just means they needed more oversight, not a complete closure.

They got you covered there, dw.

Yeah I just heard about ASOBU. It sounds great

There are no rpgs and horror games though.

the problem is sony doesn’t communicate with us properly and when they do they talk out of both sides of their mouths.

“why would anybody play BC games?” - but also we will remaster and remake these games so we can sell it to you instead

that on top of other issues make it feel like sony doesn’t respect us. they are definitely not as communicative as they were during the Shawn Layden era

This is most likely an unpopular opinion, but I actually prefer companies to stay silent on what they're doing. From my experience, I'm a lot more likely to enjoy the features and games from companies who don't talk much on social media or interviews.

Guess I just got a bit fed up of companies trying to be friendly and manipulative with their marketing and prefer just knowing they're working hard on stuff before they announce. I mean, I don't really need a company to tell me they're working on something cool, since I pretty much assume that for everyone.

i don’t mean communication like that. i mean communicating that they plan to take down legacy stores (even tho they ended up reversing that decision the point still stands). they were selling developers dev kits for consoles they already had plans on shutting down a month before the announcement?!?!?

“why would anybody play BC games?”

A statement from 2017 when Jim wasn't even CEO. Bluepoint are talented devs who exclusively work on Remakes and Remasters therefore Sony can't push them into making new IPs just because you and a few people have a remake fatigue.

Their strategy this gen is simple: let the games do the talking. And in the end that's what matters, games. I don't understand why you want a corporation to communicate with you because they will only talk through a well plotted PR statement edited and reviewed by 50 people.

Can't win with people. I like that they keep quiet and drop things when they want to. If anything it's incredibly smart because all these toxic people and fanboys will generate the free press for you.

Better to shut up and get to work rather than talk out your ass all year like CDPR did since Cyberpunk was announced.

They forgot all about Sly cooper and Jak n Daxter.

If this was a real interview from a journalist rather than a marketing assist from an access-media shill, the very first question for Hulst would be, "Why they hell are you remaking The Last of Us?"

It was actually greenlit by Shawn Layden. Hermen just didn’t cancel it cause they’d already been working on it for a year and a half by then. I’m sure if he had canceled it then you would’ve been here bitching about that instead.

Herman just didn't abandon that project and continued it.

What's his fault? Should have abandoned a project that was going on for more than a year?

Just to add, canceling a project from your predecessor is usually seen as bad form unless there is a justification for it.

Yes. Better to cancel a project being worked on by a small team than throw a full studio behind an unnecessary remake.

Messaging is important, and Jim Ryan has been sucking at it recently. Sony’s behind the scenes happenings don’t really align with his public messaging currently.

It’s not just recently. He’s been this way for years.