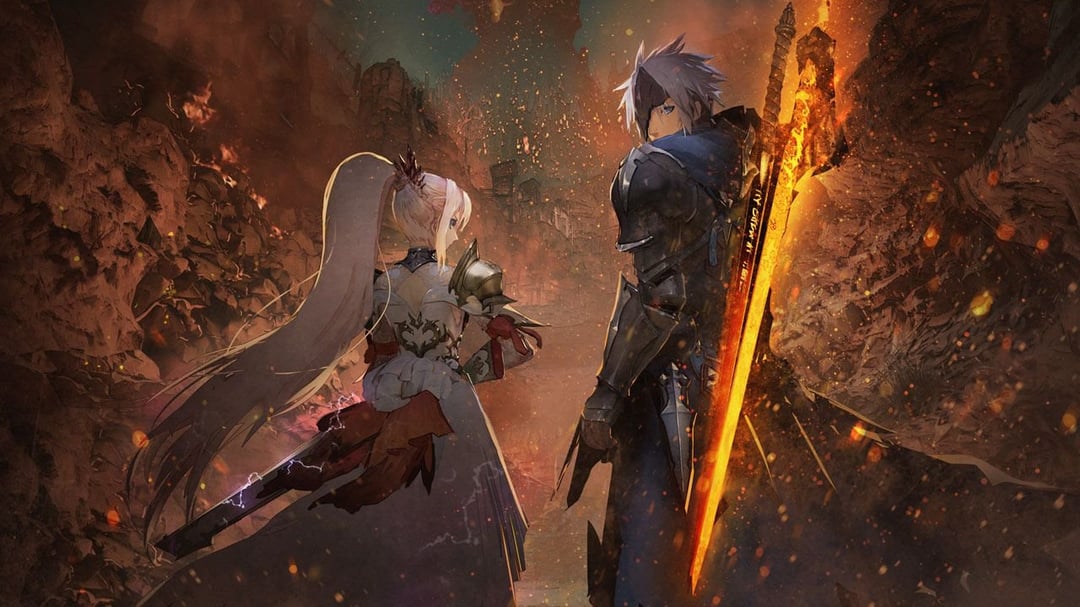 I wonder how many people posting even knew that the Tales games had multiplayer. Personally, I've never taken part in the mutiplayer aspect of any Tales game, however, I understand how disappointing this could be for those who do enjoy it.

It's a selling point of stuff like Berseria, that said, this game seems to be a better game overall than Berseria.

It's literally the only reason I bought the last three games. Me and my buddies loved getting together and playing these through.

Not saying I wouldn't buy this one as couch gaming time has gotten a lot less now that I'm older but at one point this was the biggest selling point for me. 4 player Tales of Symphonia is still one of my favorite gaming memories.

A lot. It's a main reason why a lot of tales fans did not like zestiria and xillia due the combination artes of zestiria and the dual artrs of xillia.

And just another reason to me that tales of arise is just a tales in name. It has.so much of the tales identity removed that it's not even funny. Still hoping this will be good but not optimistic about it at all.

That's too bad, I've enjoyed the pick-up/drop-in/out co-op the series has had in all the other titles for years.

Loved it when I was young. Having a friend or my cousin able to play an RPG with me was really neat

Yeah, when I was really young, I'd just watch cousins/etc. play single player games if co-op wasn't an option.

Tales was kinda unusual in being a mostly "single-player" RPG with a story, inventory, etc. But the people with you could take part in the battles, which made "watching" the RPG on the couch a lot more interesting. I've had both friends and partners play along, though couch co-op is a lot rarer now than it used to be; Tales was a holdout in some ways.

ITT: A lot of people that have never touched a Tales of game screaming yay, and a few long time players getting downvoted for expressing disappointment.

To be fair, "multiplayer" & "co-op" aren't as synonymous as they used to be. While technically true, the title is a bit misleading.

I don't know, my mind automatically filtered to co-op, but I've played a bit of this series over the years.

This a is huge break from established gameplay.

Because this subreddit is full of people that Jack off to single player games but squeal about anything being multiplayer.

I'm not screaming yay but I've been playing these since Eternia and hearing them saying that they are doing it because they are focusing so hard on the story aspects is a big positive for me.

This along with them saying it has more cutscenes than any other Tales makes this my most anticipated Tales yet.

Personally this is great news to me. I want the game planned entirely around a strong single player experience.

Multiplayer in the tales of games didn't have any effect on the stories though it was just pick up a controller and control one of the other party members. I never used it but I know some fans of the series are gonna be bummed they removed this

It’s something that genuinely wouldn’t lessen the pure single player experience. Bummer they left it out.

It’s different from making a shorte

r/worse
game and going for online multiplayer (with €£¥$ hats). Or the GTA V where they macrotransaction heavily and we don’t get a new GTA for a whole generation (PS4) and I’m not so sure we’ll ever see a good single player GTA VI:(
ID: gvu9srk

It still requires programming and resources to add it. It's not like they just click a button and it happens

IIRC the camera never expanded for the other person either, so it was entirely possible that players 2-4 would be fighting offscreen. it was never really optimized at all and functional only in name.

Why? The older Tales games were single-player games with an optional co-op. How does removing co-op benefit you?

Because they have a vision and they dont want to sacrifice for it. They want this to be a very personal experience.

Sorry man but you aren't understanding what they are taking out.

Completely fine with this, don't think I've ever played the game in multiplayer It never really felt like a full on co-op experience, felt kinda clunky overall as the coop part was strictly in battles with the second player just twiddling their thumbs during any other part.

Though I can understand why people may be upset, I think they should just be happy that it was actually clarified before release. But if they can't expand on it or do something more, I think it's the right move to take it out.

This is a disappointment to me personally. I only play the game because of multiplayer. It’s been a tradition for me to play tales games with my younger brother. Guess I’ll sit this one out.

I'm right there with you man. My little brother and friends would get together and play these and it was a blast. If anything I was hoping they would add online multiplayer so I could play with him again now that he lives in another state.

As someone new to this series, can't you just take turns with the controller? To my understanding the co-op only ever came into play during battles so passing the controller around every encounter seems like an ideal solution.

We would switch back and forth when playing outside of battle but most of the fun was us battling together so we can both experience every battle. It won’t be the same. I understand that some will be fine with this change but multiplayer is something I used with every tales game.

I haven't played Tales since Abyss on 3DS but this one looks really appealing. Might check it out!

To be fair, I haven't done multiplayer on Tales since Graces F when I still had roommates. But it is kind of a bummer that I won't have the option moving forward. If it's a great Tales game though, I can easily deal with it.

You can easily tell who never played a Tales game in these comments.

I mean. How many tales players have actually used the multiplayer functionality. I imagine its quite a small percentage. I've played everyone but Japan destiny 2 and rebirth and have never spent a second in co op.

I always played multiplayer but no idea how many others did.

I am 100% ok with this as I've never played multiplayer in any tales game.

Ideally they would have a system where the joining player got part of the loot while playing with another person.

But whatever. Arise still looks like a great improvement over the last game.

I loved Berseria. Felt it was near perfect.

Yeah this sucks. I decided that my son was mature enough this year for Berseria so he started a game and I'm his combat backup. Allows us to play on a higher difficulty and enjoy the game together and we've been having a Blast (pun intended). Them taking this out of Arise basically means there's no reason for me to get it at launch/ full price, since I have a million other single player games on backlog. Shame.

If i am going to be honest with you ,in my own humble opinion without being sentimental of course, without offending anyone who thinks differently from my own point of view,but also by looking into this matter in distinctive perspective ,i would like to say i have nothing to say

Nothing of value was lost.

...And the game has lost my money for the time being. The ability to share a deeper connection with the story and characters, while heavily contributing and relying upon one another during battles, is part of what defines the series and really helps it stand out in this sea of JRPGS for myself and many others.

Maybe it can be added in the future, though? Depends on the nature of the battle system this time around.

What? What has the things you mentioned got to do with multiplayer?

Previous Tales games all have a local co op feature allowing a second, third and even fourth player to control designated characters.

Good! Not every bloody game needs a multiplayer for god sake.

Tales of Multiplayer was always someone controlling another character in battle, nothing more.

I've played every game since symphonia with couch co-op w friends. honestly the features of tales games are pretty lackluster without multiplayer. the combat is good depending on the installment but there are other rpgs that do it better. I'm glad the graphics bring in new players but also want the devs to bring back multiplayer next time.

Symphonia was their best-selling game, you think they'd learn from that.

Great news. Never heard of the game though

As it should be

It’s not really adding multiplayer. The series has had multiplayer for something like 23 years now. It’s weird multiplayer that most people didn’t use, but I did it once or twice in the past.

It wasn't weird it just didn't have online.

The series has always had co-op multiplayer, it's been completely natural and optional.