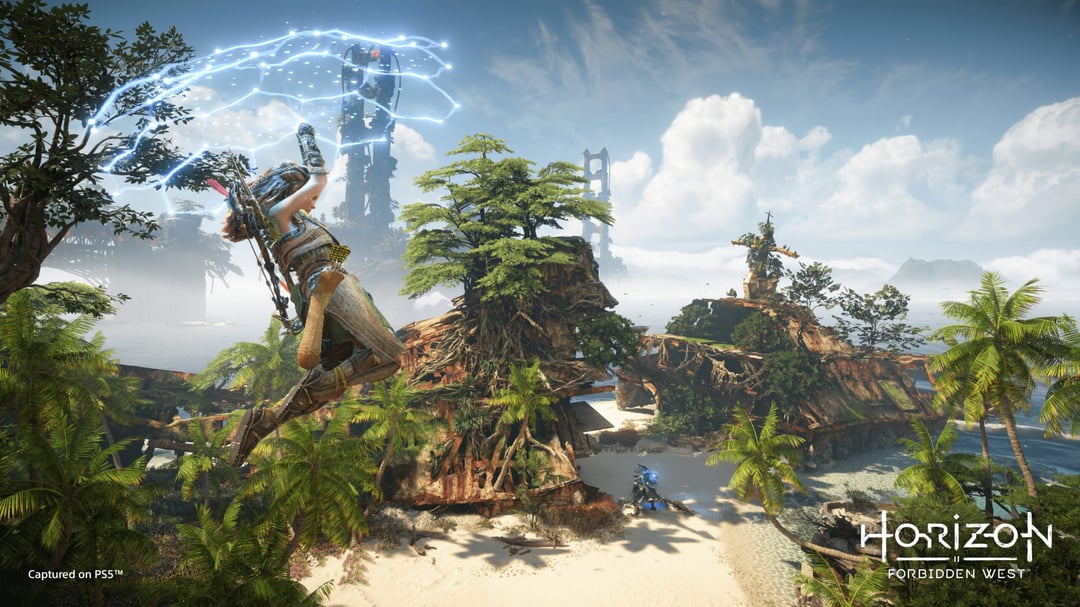 Great news, now all we need is a patch for the first game to run at 60fps on PS5 too

I haven’t played the first game yet and since I got my PS5 I have a really hard time gaming at 30fps. I never realized how much better it feels coming from an OG ps4. I’m waiting for a 60fps patch before playing the first one.

100%, recently started playing horizon and god of war and I really can’t bring myself to play Horizon it just doesn’t feel good to play compared to updated games.

Same. I've played the first few hours and I'm keen to finish it. Oh well, days gone and ratchet and clank are both 60, so the wait is not too bad.

I think this is the reason most people are fine with 30fps, they have yet to acquire a ps5 and are used to ps4's 30fps and even some games that are 60fps but always dip. They don't realize once you get used to 60fps hell even worse with 120fps for pc gamers

Edit: putting my edit up here so it is visible - people are missing the key point that it is all about maintaining the stability of the PS4 experience above everything else - messing around with the code at such a drastic level as was done with the PC port will no doubt cause a lot of issues playing on a base PS4!

I don’t think there will be a patch on the PS4 version - it’s not impossible though.

The reason is that the Decima engine that the PS4 version runs on is built around 30fps so animations and other things are tied into the framerate. That means that everything tied to the framerate has to be rewritten to run at 60fps. I doubt Guerilla have the time or resources to do the work whilst working on getting Forbidden West out this year.

Now the PC port was rewritten to bring it to 60fps but not without a lot of issues at launch with bad framerate and stuttering animations. Most of that is fixed now but some of the grass still runs at 30fps (weird I know but that’s just how it is!)

It isn’t as simple as copying that code across from the PC version either because if it were we would have had a 60fps patch months ago after the PC port was released.

Another thing to take into account is the fact that when they rewrite the animations etc to get them to 60fps it still needs to run the same as it does when playing on a PS4. You can’t just neglect PS4 players just to make it run better on PS5 - look at what happened with Cyberpunk after they left last-gen alone just to make it run better on next-gen…nobody wants that to happen again. It needs a lot of testing before they can release a patch that ups the performance on PS5 and still keeps the experience the same on PS4. All game engines are different and they all have their own quirks.

I don’t know exactly what is going on behind the doors at Guerrilla so they could well have something in the pipeline in regards to a 60fps patch for the PS4 but as I said before they are most likely concentrating on getting Forbidden West out as soon as they can to be able to rewrite the engine as well as test to see if anything alters performance when playing on PS4.

Maybe they might do a Spider-Man style remaster after Forbidden West has released, that way we can get 60fps, full use of the SSD, DualSense features and maybe even RT (if they are implementing it in the new version of the engine!) without changing anything on the PS4 version and keeping it preserved for people still playing on PS4.

Please don’t think that I am saying a 60fps patch on the PS4 version is totally impossible, it just doesn’t seem likely at the moment when you factor in all of the above.

This is incorrect. Decima is not built for any particular frame rate, KSF was on Decima and it ran at 60fps in multiplayer, additionally, Death Stranding has had no issues on PC running at higher frame rates. Not to mention Rush of Blood and RIGS that both ran at 60fps on PS4. The Decima engine is not the issue here.

The issue is that the PS4 version of Horizon Zero Dawn, specifically, uses a CPU streaming technique that runs at 30Hz, so fundamentally, the code cannot be run at a frame rate other than 30fps without running into stability issues. The PC version of HZD removed the CPU streaming, but because other things like the physics, world animations animations, etc. were designed with the assumption the game would be run at 30fps, there were issues. This is why the PC version of the game was in pretty rough shape at launch, while Death Stranding had no such issues.

All that being said, yes, a 60fps patch for HZD is very unlikely as removing the CPU streaming would likely have a huge negative impact on the performance of the game on PS4. If Sony wants to have an enhanced version of HZD on PS5, the most likely scenario is that they'd port the PC version of the game to PS5 as a remaster.

It is obvious they would do this. Every single PS5 game has 60 FPS mode.

And with Watch Dogs Legion basically taking out RT and getting solid 60, the future is gonna be great for games.

Just wish it was there at launch

I kinda wish they went the Spider-Man MM route and left in a 1080/60+RT as all that neon and rainy London weather deserves ray tracing.

Yeah this isn’t newsworthy at all. It would be newsworthy if it didn’t run at 60FPS

Yep. Every PS5 (even if dual release) games from this point onward will release with 30FPS with all bells enabled and 60FPS with slightly less bells.

I bet we'll get to the point where Naughty Dog decides that they're going to make a gorgeous 30 fps PS5 game without a 60 FPS option. But for the next while, 60 fps is going to be a very easy bump.

Really hope for a "Performance RT" mode similar to Spider-Man.

If not at launch, a future patch.

Would be cool, but has Guerilla mentioned anything about ray tracing?

Nothing official however they are doing some indirect lighting tricks that weren't present in the previous game. Digital Foundry highlights some of them in their breakdown of the reveal trailer. If they're paying this much attention to indirect lighting, I could see an update that would incorporate some ray traced bounce lighting.

Just something to hope for I guess.

Why haven’t we seen more games with performance RT? Was Insomniac just a bunch of optimization wizards? Is there something special, engine-level, for Spider-Man? I wouldn’t know any of this stuff, but it’s curious that only Spider-Man has had Performance RT.

No clue really. They had a jump on PS5 hardware maybe with Ratchet & Clank & Miles Morales development maybe. One thing I don't know is how much in house development is needed to produce Ray Tracing effects or if it's part of the PS5 SDK. As a company I'm sure Sony would like to have the tech in as many games as possible.

I don't understand how people actually thought this game was going to be 30fps only just because the first game didn't get a performance upgrade yet. Some people are really grasping at straws in order to hate on a particular franchise

Not to sound ungrateful, but it sure as hell better. I didnt buy a $500 console for 30fps games.

but some guy on here said it wasn't, now I don't know what to think

I swear folks want things to be bad just so they something to complain about.

Well, that guy is stupid

Does the guy work for Guerilla? No? Then he is either a wizard or a fool.

His uncle works for Sony

It will, everyone who said it wont are just armchair analyst or trolls who dont have ps5. I had many encounters with such.

Lmao, it fucking better. 60 should really be the norm now on AAA console titles.

Yeah, the promise of this console generation was basically 4k / 60 fps.

I saw so many people on twitter taking the state of play demo as proof the game would only run in 30fps and whining about it. Gamers need to start using their brains.

Its obviously going to be 30fps with all the graphics and 60fps with performance mode. Gamers are a toxic overly entitled bunch

Would be super weird if they released this ps4 game with less than 60 fps on the ps5.

I know, right? I may have to upgrade my CRT TV to one of those new fangled "flatscreen" TVs to use my PS5 on now!

Make sure it comes with SCART rather than that rubbish HDMI 2.1 or whatever they use. Bigger the better I say.

Why is a game running at 60fps on the PS5 even news any more?

It probably wouldnt, but there a lot of dumb comments about the 30 FPS trailer

It's a graphical showcase basically,obviously they're gonna pick the cinematic mode to showcase the "next gen" graphics

I would sure hope so.

Why are they even developing it towards 30fps and the PS4... Like Ratchet and Clank; it should have been a PS5 exclusive

Still held back from what it could have been without being chained down by the PS4. Bummed out about how many PS5 games are going to have their wings clipped because of the PS4

To be honest, this is the bare minimum in terms of performance for this gen. I'm not going to buy a 30fps game.

Too bad we are still buying PS4 games, and will be well into next year with GoW.

Off course it will. Its a ps4 game upgraded with 4k and 60 fps

Its a ps4 game upgraded

People are going to be very disappointed when they find this out on release, but yeah, everything so far points to this basically being a PS4 game with a PS5 upgrade