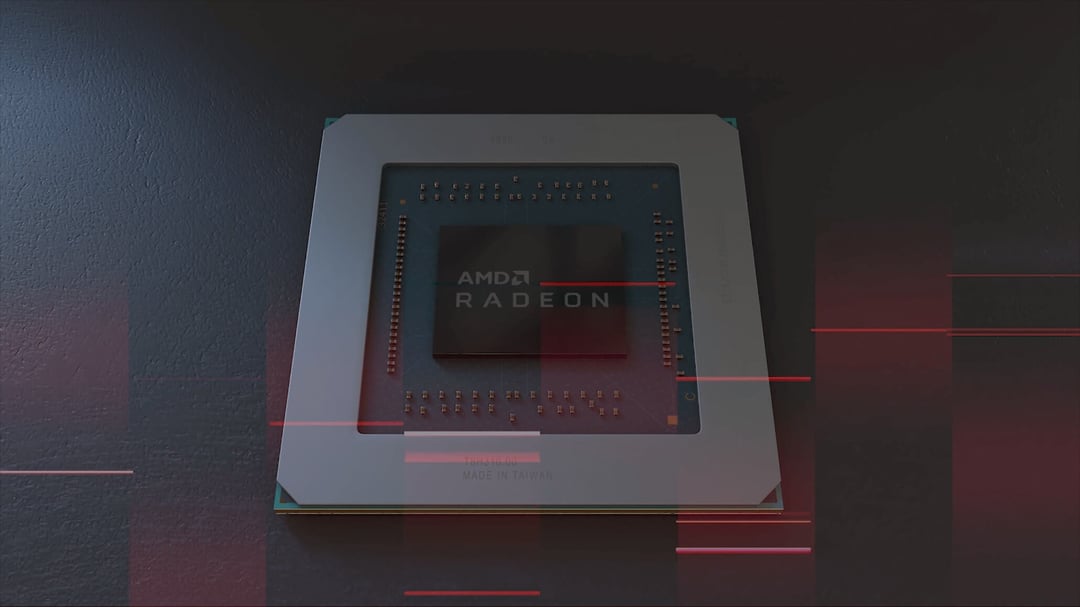 Everyone is asking what is this thing and I'll laugh if its a Area 51 type project of AMD bringing back the FX series. Just so they can get the final laugh at all the FX haters. "We told you this thing was future proof, now suck it!"

J.K. will have a conniption.

If it happens, that will be the most interesting Thanos-type move done.

I thought the rumors were that Van Gogh and Rembrandt weren't going to have the RDNA2 raytracing hardware though.

Also, the old Van Gogh driver commits showed only 8CUs, to Rembrandt's 12. Van Gogh also supports LPDDR5 and only LPDDR5 though, while Rembrandt supports DDR5 as well.

...Honestly, I'm not sure what the purpose of Van Gogh would even be, unless it only has 4 CPU cores and 8 threads. Zen 3 is more efficient, I'm pretty sure.

It's not Rembrandt. Rembrandt is GFX1035.

I dunno. There aren't any specific details. Only says that it's an APU with raytracing and RDNA 2 instruction support

AMD's ray acceleratiors are so tiny that removing them from their design blocks might not be worth the investment/effort, so they just kept them in there.

Maybe they could have more potential auses than just ray tracing

They're just tiny, specialised, fixed-function hardware blocks that accelerate BVH traversal and literally nothing else. The rest of AMD's RT pipeline is handled via compute shaders.

my best guess is using Infinity Cache to accelerate I/O

Wish they would drop something roughly equal to the Xbox Series S APU. Something with 20cu in the 1.6ghz range, but I'd even settle with 16 if they could fit 16-32mb of infinity cache on there to lift the RAM bottleneck an APU would have.

I agree Perhaps a bit more CU and potential for overclock

Would need ddr5 though to get decent perf

Why aim so low?

Because they probably won't release an APU with the total power of a dedicated GPU. Maybe if they could also drop a stack of HBM memory right besides the chip it be possible. The Xbox series S processor already roughly 3x to 4x what we have an desktop APUs and it be hard to get rid of the memory bottleneck.

I can't wrap my head around the point of an APU with RT support. Other than an on paper "plus". Given big RDNA2 RT perf, I can't see an APU being able to do anything meaningful with it.

It can still be used for validation stuff, API traces and 3d rendering software.

Ah true, didn't think of that.

If they are using rdna2, why go through the trouble of engineering an version without rt support?

They wouldn't need to, simply not exposing support is enough.

Do you think your desktop GPU has all the features the silicon supports exposed to software?

Turn on FSR and some ray tracing options and aim for 30 fps at 1080p sort of thing.

Ah maybe, can't imagien FSR at 1080p is going to look that good though. At that point I think it'd be sacrificing a lot of IQ for slight lighting/reflection/shadow changes.

Isn't there a switch pro rumor too? Unless Nintendo goes Nvidia again.

You should see what they announced about Exynos in Computex 2021

Might be useful for development, where you might need the features, but GPU performance doesn't matter so much.

I suspect this is for a gaming console, like the rumoured steam handheld that supposedly runs linux.

A developer trolling the AMD community? 🙂

Anyway, how about the Samsung Exynos with AMD graphics? Android uses LLVM, so perhaps that's the way to add support for it? I honestly don't know.

That's either the Series S or an old project that was canned.

It is not Rembrandt, nor is it Van Gogh.

That's either the Series S or an old project that was canned.

Neither one would be in Linux drivers

What if Microsoft wants to use it for a Surface device or other PC? They have their Windows Subsystem for Linux thingy, I can see why linux drivers would be useful.

I wrote that it was important to have ray tracing support while being an Navi10(gfx1010)-based APU, but he didn't seem to get it.
And LLVM is not Linux. He thinks all OSS is Linux.

Something to think about: AMD has, in the past, salvaged and sold APUs that were designed originally for a game console but didn't pass validation for one reason or another. They will likely have parts fused off or not exposed, but are essentially the same silicon.

Could this be that?