Does amd still suck at opengl performance? my rx 580 is horrible for opengl games and im wondering if the newer gpu's are any better.

On Windows, kind of. On Linux it's great. There's also an ongoing project to run OpenGL over Vulkan that may help.

Yeah, vanilla minecraft (java) runs like trash on my 6800 xt

Java minecraft runs like trash on anything unless you install optifine. 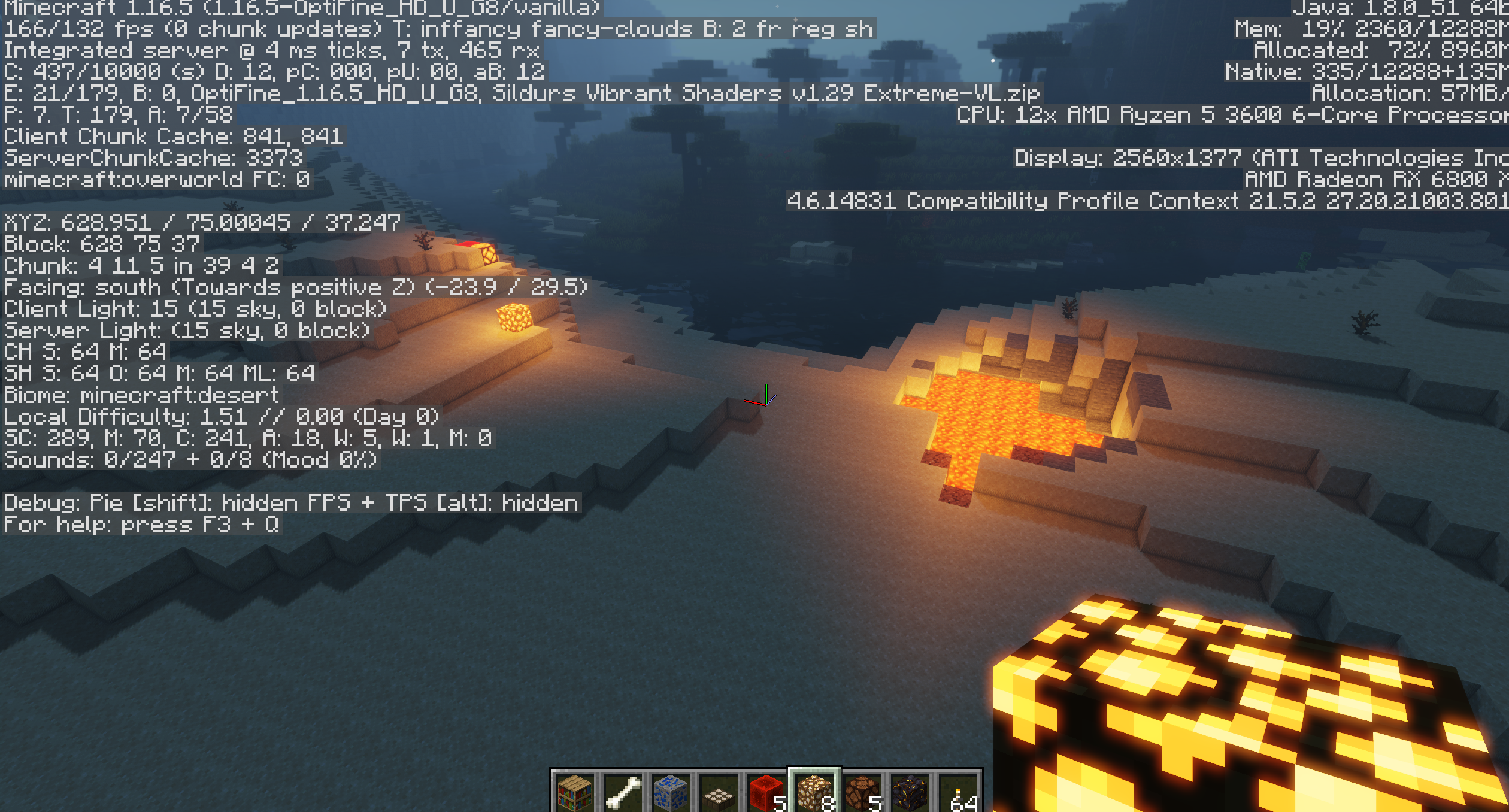 Try turning your chunks up from whatever tiny settings it's on now and see what happens to your fps.

sir i already use sodium and other performance mods, and my fps is still pretty shit compared to a gtx 1060

I haven't seen a new OpenGL game in a long time. Which ones are you speaking of?

What OGL games are you playing?

Most older OGL games can be run over Vulkan these days

I doubt Minecraft would update to vulkan any time soon sadly
Edit: Zink seems to work with minecraft decently but im not sure if it would improve fps

Minecraft is mostly just Minecraft being poorly coded, there are a lot of shader packs that increase performance a lot!

I get around ~150fps at 1440p in minecraft with emissive textures with Slidurs extreme shaders with volumetric lighting on my 6800xt and I am not even like running most optimized java or settings I just installed to test fps.

I get around 800fps with no shaders on optifine vanilla.

I doubt Minecraft would update to vulkan any time soon sadly

focal engine. It's still in development but yes "It will be written in C++ and Vulkan"

btw it's an old article, they already started transition to c++ and vulkan

I mean….newer gpus are going to have much more capability, period.

I’d say nvidia and amd performance is on par right now with the exception of a slight edge to nvidia on ray tracing and next gen tech like DLSS and ultra low latency.

Nvidia is still better at OpenGL on windows. But it’s less common on new titles, older titles that have it really won’t make much difference and usually games with it are easy to run anyways.

At this point I’d argue it comes down to price and more than that, availability of cards for making a buying decision.

Well, I Will get whatever card i can get first, Im not gonna be picky because even getting a newer gen gpu is insane hard right now

I say be patient and get the card you want. None of them are particularly cheap so might as well spend it on something you want and can be happy with for a longer time.

Pretty sure AMD OpenGL on windows is about halve of its equivalent AMD counterpart.

I read that openGL on linux is significantly better though than the windows counterpart for AMD. The benchmark was just for windows

What openGL games/apps you refer to? Last one was over 10 years ago.

Maybe missed it but was referring to games

Pretty sure AMD OpenGL on windows is about halve of its equivalent AMD counterpart.

I read that openGL on linux is significantly better though than the windows counterpart for AMD. The benchmark was just for windows

Basically, on windows, the latest flagship AMD graphics (RX6900 XT ) is still behind NVIDIA last generation cards(RTX 2060) for OpenGL on windows. Cant find a benchmark for a linux implementation.