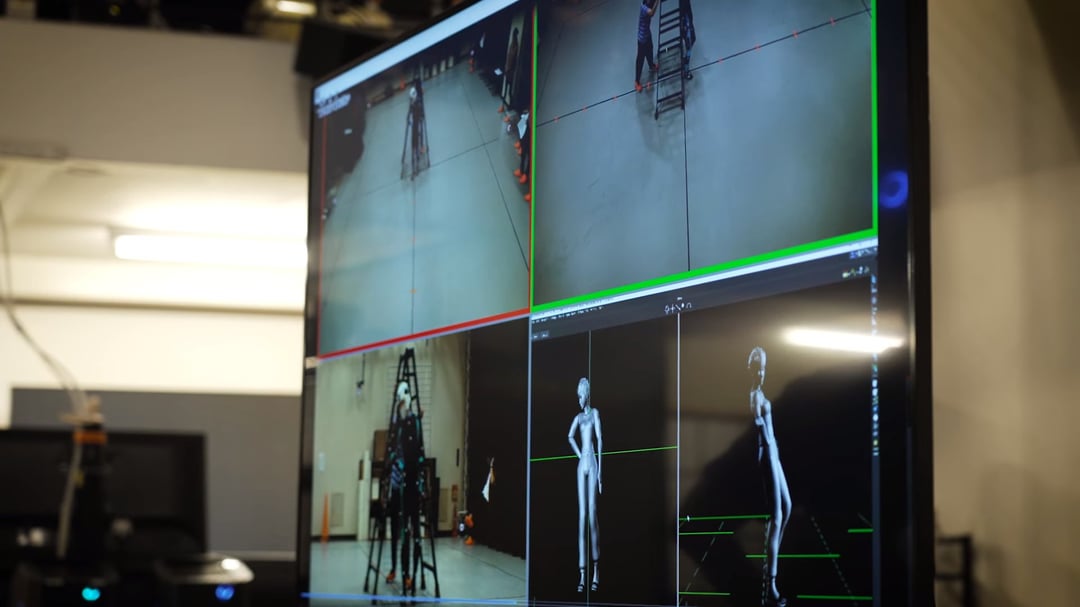 Details bout the game and the developers from the article for those who can’t open it:

After hearing about Keiichiro Toyama’s rough project idea, he made up his mind and left SIE Japan Studio.

There will be a choice-driven story.

The game will mess with the mind of the players.

There will be many creatures in the game.

There are a lot of horror elements.

It will be an action-adventure game with a focus on characters and stories.

The studio currently has 24-25 people that are working remotely for the past year.

They are planning to shift to an office soon.

Regarding the first point, I knew it. Shawn Layden’s departure was a big deal, definitely a bunch of devs would have considered leaving alongside him. Major stuff has happened behind the scenes at SIE in 2019, and that has led to a lot of departures and reshuffling.

IGN in an earlier article stated that this game is slated for a 2023 release, and won’t be a pure horror game like many are expecting it to be, rather a more action-oriented game with horror elements. It would also be multiplatform.

Hopefully this turns out something like a modern Eternal Darkness.

Because thats what the description made me think of.

Same here. Definitely a top 5 GameCube game for me.

Shawn was an important figure in SIE for sure, but he wasn't Kato boss (SIE Japan Head) nor the CEO of SIE as a whole. He was the CEO of SIE America before the restructuring which aimed to streamline the company and establish a global management team.

Sony choose Jim as CEO of the global operations after John Kodera resignation (He is the founder of Sony Network Entertainment and the man behind the PS Network).

Both Jim and Shawn were aiming for the same position.

The reshuffling was bound to happen even if Shawn got the top job since Jim Ryan will probably leave in that case and restructuration in the European branch (led by Ryan) will happen.

And we didn't see that much of departures (besides Japan Studio which was a mess I must admit even though I am a Gravity Rush huge fan).

Shawn was Chairman of Worldwide Studios from 2016 until his departure. Shuhei was president of WWS so he reported to Shawn. Herman Hulst replaced both of them.

I really can't believe Sony let this guy slip through their fingers. What a major loss! Really a shame!

Yeah Shawn’s exit is the one that was truly felt, the company changed and is not as playe

r/dev
friendly as it was in shawns era, wish things were different
ID: h32xx3b

I'm 100 percent into more action adventure with major horror elements games. Build them that way from the outset instead of a terrible mishmash like the worst resident evil games have been.

There goes my interest in this game.

I wonder what exactly what went on with Shawn Layden and his leaving the company. It seems like he was very well respected internally and Playstation had maybe their best years ever under his supervision. I wonder why it came to an end the way it did. It definitely seems to have influenced more than a few others decisions to leave Sony.

Yeah I miss Shawn but not any more than I miss Andy House or Tretton.
Jim Ryan isn’t as public facing or as charming as those other guys, but Hulst and Cerny are powerhouses when it comes to expressing their passion for videogames

Absolutely, there are some real super stars in SIE, and it seems like circumstances there are continuing to produce great video games. I'm grateful for Sony's stability and excellence, especially compared to Nintendo, which has fallen off somewhat after an incredibly bright start to this generation (no games have been as good as their two flagship titles from year 1 in my opinion), and XBox, who seem on the verge of a really promising few years of releases, but have yet to deliver.

This is the game that should be getting all the hype.

idk... my experience with games that give you choices is that they're pretty tame usually. Even the witcher 3 wasn't that impressive to me. I'm 100% fine with a well made game that it's just the same choice through and through, i'm less inclined to be hyped if something is going to be so so with hey! you can do surveys!

If they're even aiming for just until dawn, that's already a good thing.

jfc, the game isn't even out yet and you haven't spent any money on it. How exactly has he conned you?

Stop being so fucking dramatic. Jesus. At best you decided to waste your own time on what almost everyone knew wasn't gonna be a big deal.

So, like, you connected a bunch of dots that weren't there, ignored them telling you point blank that none of it was true, yet you still think you got conned.

Now you're blaming and insulting the guy because you didn't get the game you wanted, and you're a mad little boy about it.

These comments blasting BBGS are just getting too far-fetched at this point.

I too am disappointed that the demo was delayed, there’s no denying that. But let’s stop hounding them about it.

I’d rather have them finish it up and have something they find acceptable to show rather than disappointing everyone by showing unfinished gameplay.

Jesus I’m cringing for you.

Is he really a legend that worked on only the first silent hill but a game that only sold 2million copies? It’s so weird how popular SH is when the series life time sales aren’t that great

Edit: the other horror series be made? Siren. Siren Meta 72, Siren 2 meta either doesn’t pop up or doesn’t exist? And Siren 3 had a 78 meta.

So for horror he’s only really done 2 good games with the first SH and the third Siren(I can’t find the siren life time sales). I’m not really excited for his next horror game based on that

I love all Toyama’s games so I’m already down for whatever he’s got planned.

So is it like until dawn? Or heavy rain except it’s horror?

Very curious about this. Sounds like the perfect combo.

Think I’ll keep my eye on this one..

I will be following this with great interest.

Honestly? You can call me a conspiracy nut, but I think A LOT of studios are actually behind the new Silent Hill game, and Kojima is running the show.

Abandoned has been a tease to generate hype, but it's also explained some mechanics - which are pretty basic but incredibly detailed and complex - similar to some of the mechanics seen in..... drum roll......

How complicated? Remember, DS was all about just carrying packages, managing weight, your health, even your feet.

Now take this to a horror game where you can shoot.

This is taken directly from devs - "If he’s (the character) out of breath after sprinting or is afraid, then his firearm accuracy is penalized. The game focuses on realistic mechanics and isn’t a fast-paced shooter. Instead, weapons will be slow and players need to be methodical about when to pull the trigger."

So we know there will be a gun weight mechanic, and actions you do, even things like just running, will change and affect your character, and also make the scenario you're in potentially harder.

What else will make it potentially harder? Mechanical realism. What do I mean?????

The realism in gameplay stems mainly from survival mechanics. The developer explained just how players will be required to drink and eat. If they are unable to find food, they must hunt wild animals. “You get stronger by collecting enough resources like enough ammo, a good variety of weapons, food, water and even basic things like a backpack to carry all those things. The less you have, the weaker you are, the harder it will be to progress in the game.”

That level of realistic detail in terms of mechanics has not been seen in a game, with the exception of.....

We also know back in the days of PT that Kojima wanted to really fuck with players by having the game contact your mobile phone and leave voicemails and give you creepy phone calls. Now how could that be done? With an app that you give access to on your phone.

We also saw Norman Reedus give a little grin as he got into a box in the directors cut trailer of DS..... so I suspect from this:

Bluebox studios is actually a collaboration of a host of the Sony studios that have been bought over the years, to make an immensely immersive, complex story driven experience that has ARG elements (the app) and changes based on the decisions that you make.

So say for example the app "rings" you. Do you answer? Or leave it? Depending on your choice for a certain "call" you receive, it then changes your game and the story you're going to experience.

Here's a quote from Kojima when being interviewed by the BBC prior to the release of Death Stranding:

""In life people are very busy doing lots of things," he explains through a translator.

"The time you have to choose what media or entertainment you experience is dwindling.

"More and more people are looking at types of media that combine elements together."

"If we just make a game people are less likely to choose that as something to do.

"They would rather engage in something that combines different forms of entertainment together.

"That's where we need to focus our efforts, on this convergence.""

Tell me i'm not onto something!

You’re not onto something.

You're not onto something. But have my upvote.

Im not onto something

Lol these kojima delusions are always so funny to me, I'm sorry.

Fucking hell as if PT wasn’t already enough he wanted it to actually call my phone?

Lol jim ryan legit let this man go for fucking astrobot. One of the dumbest decisions sony made.

One of the dumbest decisions sony made.

is it though, he created Silent Hill sure, but thats not a Sony IP, he then made Siren and Gravity Rush which never took off.

Wonder why he is finally creating something intresting after leaving sony.

While i think ASTRO Bot has potential, I agree that losing this guy was a major screw up.

The man has Silent Hill under his belt.

it would be cool to see how many people actually do multiple playthroughs to see different choices and outcomes. i cant imagine it's that large

Damnit guys, game has to be cancelled now, ‘cause

I guess giving it a chance to see it before you hate on it isn't an option.