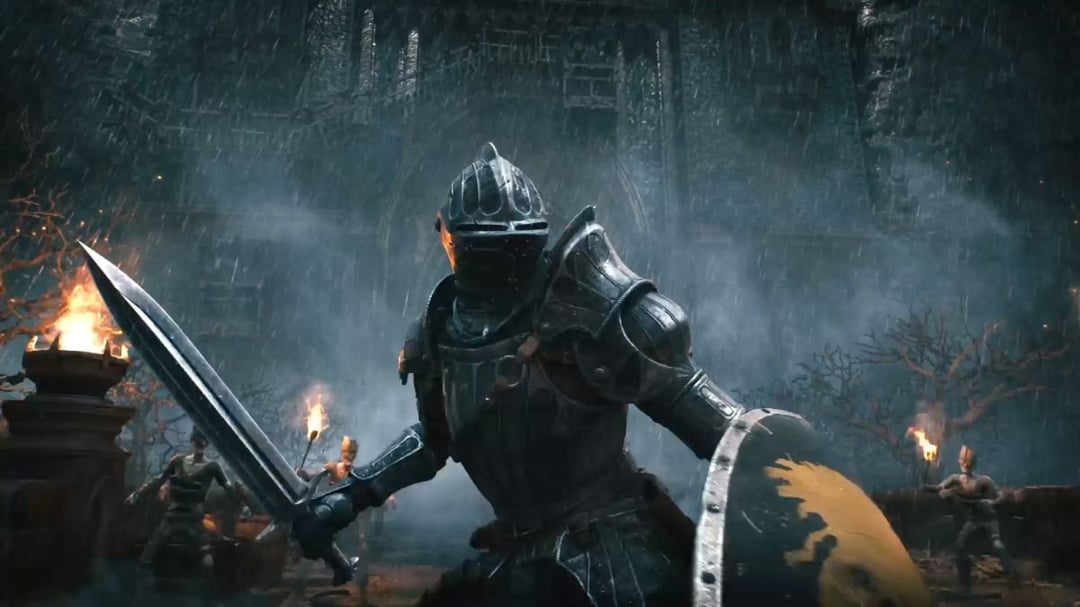 Also they misspelled their name lol

With the use of The Wayback Machine, we can see that this phrase wasn’t contained in the job listing as recently as yesterday, June 30, 2021

Yeah they are being acquired lol

But it was a few days before that.

Yeah companies don't have to publicly disclose acquisitions they could easily lie about it or the deal is still being done.

If it was a big mistake they would actually tell the press instead of a sneaky twitter bio change. They would want to reassure business partners.

The fact they haven’t officially responded to the leak yet and the fact Sony announced another studio buyout today makes me think they are just sticking with "the plan" and the deal will be announced on whatever day Sony planned to do it.

Would be interesting if it is true. They might announce it with the next game they've been working on. I think they have two teams

Its been heavily rumored since the first whispers of Demons Souls remake that they have 2 teams.

1 team was working on Demons Souls which started development in 2018 after Shadow of the Colossus shipped. And whatever the second team is started in 2019 but there are a million rumors on it being anything from a Metal Gear Solid remake to a original game.

There was even a interview during the press cycle of Demons Souls where one of the staff said they cant wait to hear the reaction to their "next" game. So clearly they have something going. I think it was the digital foundry interview? Maybe.

Out of the loop here. What other studio did sony buy out today?

would the person handling their social media be aware of an acquisition?

Sonys official JPN twitter account put the image on, it's just a matter of time before they own the slip-up and officially announce.

Ask yourself this, if they truly wanted to deny the rumour, wouldn't it be way better to do this by making a proper statement on their twitter account, rather than editing their twitter bio and hoping for people to notice?

That's of course not even mentioning that there's absolutely no way, the graphic, that was mistakenly posted, doesn't exist for a reason.

Feels like the start of a new Blue Box conspiracy.

Yeah this is just a bio they use from. Time to time they'll just change it when they inevitably get acquired

This week or next week we will get an official confirmation

Man, people make articles about anything

Apparently, they removed the full independent part a day or so ago, and when people pointed it out they put it back.

they do a little trolling

Nope, it says Bluepoint Game. That sure is a convenient typo for the name of the studio by the studio itself.

BP is known to troll. That isn't even a tweet, nevermind a statement. It's a bio update, from a studio that likes to play with its followers (see: those cryptic tweets about a remake teasing a dozen games).

Also, it's not up to the seller to deny these claims. Its up to the buyer to make a confirm or denial, and Sony has said nothing. When rumours of Obsidian were to be bought by Xbox went out, Obsidian also sent out a nothing tweet that didn't really deny it.

Lastly, a whole new graphic with BP's high res logo overlaid and game featured in the background doesn't just get accidentally made. It's the sort of material made once the buy is done and sent out to all marketing regions to prepare to post when the time is right. Especially when said graphic already shows Housemarque in the background, suggesting this graphic was to be sent out at a later date after Housemarque's buy was announced.

The only thing that went wrong is PlayStation Japan posted the graphic at the wrong time and with the wrong tweet.

Yeah if I had to guess they will announce it tomorrow. Housemarque yesterday (or two days ago), Nixxes today and Bluepoint tomorrow.

Nah it'll be next week I imagine, companies tend to not announce things on Friday

Nah it's their actual Twitter went to their site and the Twitter was linked there But anyways yeah this is just a bio they use it doesn't deny any rumors and it ain't up to. Them to disclose this.

Did they just recently do that or has it always been that way? If it was recent then yeah sure it’s news and maybe there’s a small possibility they won’t be bought from Sony but if it’s always been there then it’s a non story and they obviously can’t say anything else until it’s official

It used to be there as far as I recall seeing. They re-added it back after removing it a few days ago.

If I recall correctly, they didn't add this to their Twitter bio.

They re-added it back. It used to always be there.

Well if Twitter contradicts something it can't possibly change, can it? That's pretty airtight. Good reporting OP. We've got top men on the job.

Right. Until it’s officially announced it probably will stay that way, too.

They are correct, till they arent lol. I expect the partnering to be announced at either at sony's rumored event or when their next game comes out.

Please remake all of the dark souls and blood borne games in the amazing quality you did demon souls! Oh and give me a ps5 too!

It can be a mistake but I think it's likely that they are just having fun since Sony Japan made a mistake announcing it early.

It’s Bluepoint, they are going to screw with us as long as possible.

Because they're not allowed to say they are until the deal is finalized, if true.

It’s always said that, they just added it to Twitter finally

You mean remaster, right? At best that's what It needs, it definitely does not need a remake.

an enhance patch for ps5 and full remake for ps6. its gonna be the demon's souls of the ps6!!!

Sony: We practically own Bluepoint already.

Bluepoint: We are altering the deal. Pray we do not alter it any further.

Duh? Can’t quite be a part of something you’re RUMORED to be apart of.

What a massive fuck up!

Why does it even matter to anyone if they are acquired at this point? They’ve only worked on PlayStation games for almost a decade now, so it’s not like much would change there if they’re acquired.

Almost seems like people want them to be acquired for the console war bragging rights, which is kinda lame.

Because it would significantly increase their budget, allowing for them to make bigge

yeah I'm hoping they expand the team and have one half working on remaking classic games and the other working on a new IP of their own, I'd love to see what they can do?

While it's true that this acquisition wouldn't really change anything since they've been working with Sony for a over a decade. This pretty much just crushes any chances of them being approached by other publishers to make something for them. I'm not aware of how close Bluepoint and Sony's relationship was before this apparent acquisition, but I'm pretty sure any publisher could've gone up to them and offered a job at making/remaking a game.

As an atheist, I agree.

Im going to go ahead and not believe any of that

This isn't good...Sony needed this badly to compete with Xbox first party...they could of had the only remake specialist now that Activision has Toys for Bob slaving on Warzone and locked Vicarious in the Blizzard dungeon SMH

With the amount of first part studios they have right now INCLUDING HouseMarque? I’m pretty sure they’re going to be completely fine.

The studios are fine, its the fact that they make movie games and nothing but movie games that's the problem

The new rumor is that they were bought? Lol that's wild, people roll with anything these days.

Well it was basically confirmed not much of a rumor when ps Japan tweets it. They just seem to be spacing out the anoucements for some reason.

Oh my god, I just reread the title, I thought it said BlueBox. I've been reading too many rumors lol. I remember the PS Japan "accidental" tweet.

What? Its a lost opportunity....Sony studios predominantly make movie games so having someone that can remake any of their past IP's would of been a boon