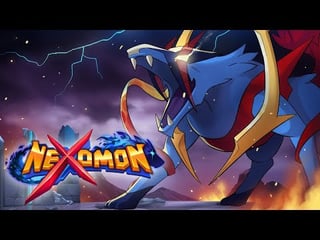 Hm.. how does Temtem compare to this, I've been thinking of gettin Temtem.. someday

Temtem changed a lot of things (for better or worse) to distance itself from being just a Pokémon clone, this game doesn’t really.

Temtem is...okay. Hits do a lot of damage so pushing your way through a new area and battling the trainers is a slog because they wear your Tems down much, much harder than a Pokemon game does.

The difficulty is also much higher in general. The game's equal to Gym Leaders don't focus on single type teams. They actually have competent team building and will absolutely mess you up. Which is fine but might come as a surprise if you're expecting Pokemon.

One of my issues with the game is that cosmetics for your player are grossly expensive. It does the Pokemon thing where you lose a ton of money if you die but in Temtem the odds of losing are much, much higher so many players regularly buy supplies and carry a very small amount of cash on hand.

But if you want cosmetic items you need to hoard absurd amounts of money. When I asked in the game's Discord why there aren't any cheaper cosmetic options in the first couple towns one of the mods told me "Getting cosmetics is meant to be an end-game activity."

Okay. So then why are there even cosmetic shops in the first couple towns? To show me stuff that's orders of magnitude more expensive than I can ever hope to afford? To give me a long term goal of being able to buy a new hat in a few months?

It's not a huge deal but I enjoyed getting clothes for my trainer in Pokemon and in Temtem everything needs to be a huge money sink because it's an MMO. The upside to that is that the players seem overall pretty cool and are super willing to answer questions and stuff.

The game is a super mixed bag. Although I hope you like the Doubles format in Pokemon because every battle in Temtem is 2v2.

For starters, TemTem is a 3D MMO, whereas this is a 2D singleplayer game...so that is a pretty big difference in how you'll play the game right there.

I played it on PS4 and in my review I basically called it "legally compliant Pokemon." Like, it feels like they made a Pokemon clone and then went through it and were like "okay, round balls are now triangles, the evil organization is less zanny, etc."

It has a lot more humor than pokemon lately though.

Damn I just platinumed Extinction. Guess I’ll have to catch them all once again.

Seems like something I'll eventually pick up in a sale and have fun with for an evening or two.

Erm, this has been out for a year now…

Edit: Nevermind. This is a prequel to Nexomon Extinction. And it looks just like it.

It has been out for a year now, but only on PC and mobile. It’s being ported to consoles now.

Currently have Nexomon Extinction, but not really much play time, had an itch for monster Hunter but out of loop with Nintendo/Pokémon. I can say Nexomon has a little more personality. The game has a very similar look to Pokémon that you can see, but the story does try to both not take itself serious and be serious at the same time lol.

I kinda like it, and the evolution and different monster types it does try to do its own thing despite that.

People are this blatant nowadays huh...?

Looks like a chance for people without a Nintendo console to get in on this type of game. I think it’s fine. I’ve never gotten in to Pokémon other than the original Snap, but this looks kind of appealing to me.

Nah I had it on my phone a while ago, it’s actually pretty good. Nintendo can’t own the turn based monster battling jrp genre. Aslong as they don’t include actual Pokémon and actually try to be ambitious with their story(interms of pokemon like games) the they’ll be fine

It’s “pretty good” because it’s literally a ripoff. Maybe not legally, but they’re a joke of a studio for this.

You can't sue someone for making a game similar to yours. They'd have to actually use Nintendo's IP, which they haven't.

Nope it's been on the switch for awhile now

Nah I’ve already been playing it on Xbox lol. Oh wait this is a prequel