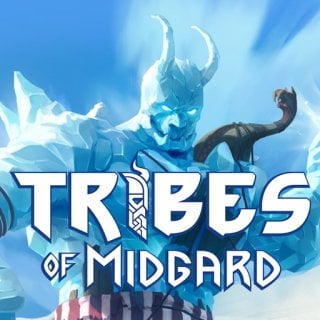 For only $20, my group is picking it up. I think it has up to 10 players at a time and looks like it could be fun, and keep us occupied until some of the other stuff like Back4Blood, Diablo 2, Aliens: Fireteam, etc. come out.

making me jealous, as most of my group has moved on from video games

Honestly I’m at the point now where all the people that I grew up with, went to school with, worked with, and have been friends with almost never play games together. It’s probably been years since I’ve played with anyone from those parts of my life.

I’ve got anxiety issues, probably more than the next guy, and am not the type of person that will intentionally seek out game chat if I can avoid it. But I was playing EVOLVE forever ago, and someone in the lobby realized that we were all destined to lose unless we tried to communicate and coordinate so they sent me an invite, and we played together, and ended up getting along great. We picked up another along the way, and then met their friends, and so on. And now I’ve been playing with a group of friends that I’ve never met, but we’ve played a variety of multiplayer games for the past 5+ years I think. So sometimes, it really just takes opening up to one person and you could make a friend for life that you really look forward to playing new games with.

I also agree with the other commenter that suggested you try an MMO. I played Elder Scrolls Online and my group formed a guild, so we would talk in guilt chat. They eventually moved on to other games, and those of us that remained merged with another guild, and then another, to the point where I was again talking regularly with people I have not met in real life but yet I really enjoyed playing with. An open chat channel like that, or maybe something like Discord, could give you opportunities. I’ve had similar experiences meeting people trying to get raids together in Destiny 1+2, or playing The Division 1+2.

I’m pretty sure there are even subreddits dedicated to helping people connect and find others to play with (I sadly can’t think of their names right now, but this site called The100 had the idea of putting people into groups of 100, which is a number large enough that there will be people playing the game, and small enough that you can get to know people in that group and play with them regularly). You can go find your new clan there, and they cater to all the popular games from Apex and Destiny to The Division and Warframe etc.

There are groups of dads with limited time that play together. Sadly, the PS5 didn’t continue the PS4’s communities but those were another great way to connect with people. Hopefully other people will have better information, but it’s worth looking into the PS5 discord or the discord groups set up for the specific game you want to play. Give someone a shot in party chat and if you find you get along with them, send them a friend request and play together again. You really never know, but every single one of the people that I most look forward to playing with now were at one point complete strangers to me, that I took a chance on and pushed past my social anxiety to connect with. : )

I made new friends when ps4 first came out. I recommend an mmo because you need to co op to raid.

Of the friends I made in that mmo 1 introduced me to another and from there my entire group of current psn friends from 1 person.

Legit hype for this game. Its only $20 and looks like a lot of fun. I just need something to get me to the bf2042 beta in September

Shocked by the lack of hype for this game, seems really fun, unique, and only $20.

I’m pretty excited for this one

Anyone have an idea of how this will play solo? I know they said its kind of mmo-like, up to 10 players. Are those just found through random matchmaking? Or do you need a preset group?

There is a solo, private multiplayer and matchmaking mode. You can join with a preset grouo but its not necessary. Difficulty scales with the amount of players.

Stoked for this one, and supporting a Canadian dev team makes it an easy buy for me!

Why would it? The only thing in common is the Norsk theme

Looks straight forward, but also seems like it's going to be a bit of a grind to get it. Getting the killing blow on Jotuns seems like it might be annoying if you're not solo.

Would depend how often each one spawns.

And i guess the money one could be a grind since we dont know how much you spend, but yes doable.

I think this game looks great, i just dont know if i have enough time to add it in! Lol

And the survive 100 days on Challenge Mode. So long as it’s not real time days, haha.