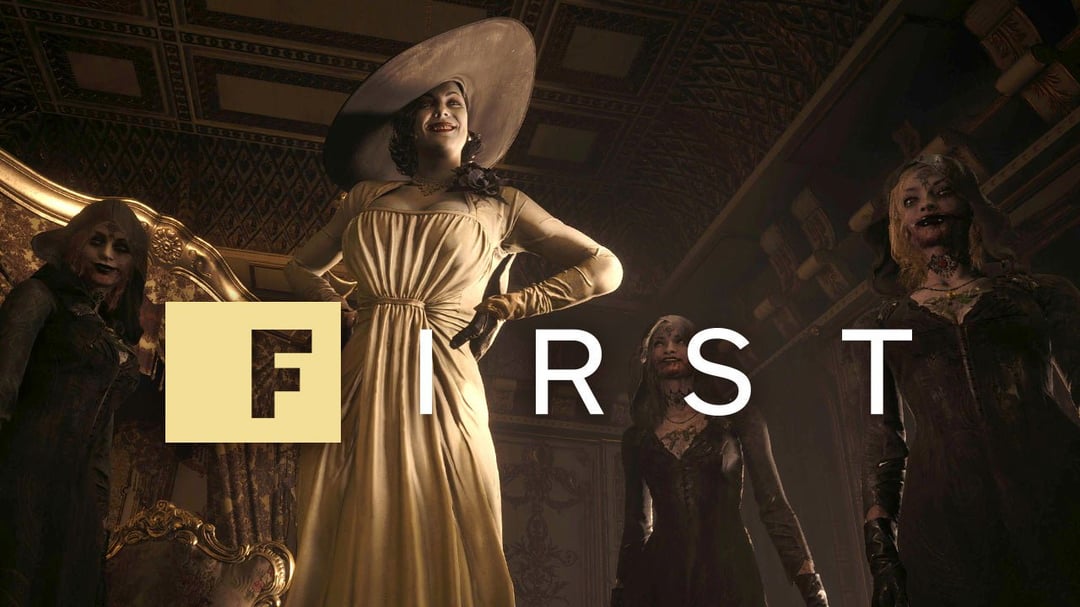 “The approach of starting with the characters and building an experience from there might feel similar to Resident Evil 4.”

I really like this quote. RE4 had very visually striking enemies and characters, and you kind of worked your way up from Bitores Mendez, to Salazar, to Lord Saddler. I wonder if we haven't even seen the "mastermind" villain for RE8 yet and Lady Dimitrescu will be a stepping stone early on, much like Mendez in RE4.

This horror experience in which a relatively weak male character is terrorised by imposing women seems to draw inspiration from a type of sadomasochistic fantasy that is rarely seen in videogames.

“The concept started out as a castle with a hundred witches inside, but that was hard to implement into a videogame format, which is why we ended up making it like this”. According to Takano, the hundred witches in the original concept were to be mostly naked.

. According to Takano, the hundred witches in the original concept were to be mostly naked.

'Gentlemen you had my curiosity ... but now you have my attention.'

Well, I don't know if you have seen the recent gameplay video or the trailer in January but it's already confirmed that she's not the main villain.

In fact she's just the leader of one of four Houses. Thus we'll get at least four more villains, one for each remaining House and Mother Miranda as the one who rules over these four Houses.

We know one other leader so far and that's Heisenberg. We haven't seen his domain/ area yet as according to the map he owns a factory but he's the one with all the Lycans.

I think Heisenberg is the one who make and deal blue meth.

I don't think Heisenberg is in charge of the Lycans. There is a place on the map called Moreau's Reservoir, which may have been inspired by the novel The Island of Dr. Moreau. In the novel, Moreau is a mad scientist who creates a range of human-like animal hybrids (beastmen).

We might not get a boss for me house.

I'm sure the true villain is Mother Miranda, who we have yet to see.

100 Naked Witches? We were so close to greatness

"I hate this stage its very difficult" *with a smiling face

I freaking love that the original concept of the castle level was having you up against one hundred naked witches.

Like, say what you will about 7 and Village but at least the people behind it aren't interested in creating something bland.

Damn, the 4th and 6th art is just pure fire. Just watching her walk through the door gives me goosebumps

Team leader : we have to make this game unique

Member : how about 100 naked witches

Good to know her underwear is white.

the idea was to have the witches naked !

oh we didnt expect that one Capcom.

A suprise to be sure, but a welcome one

I feel like this will be one of the best RE games ever.

“The concept started out as a castle with a hundred witches inside, but that was hard to implement into a videogame format, which is why we ended up making it like this,” Takano says. According to Takano, the hundred witches in the original concept were to be mostly naked.

I love it when the Japanese just don't care and have awesome ideas and visions as a result. I'm sure the final product will be great and not too far from that original idea, but I wonder how much of it has made it into the finished version. The concept of going around a giant castle filled with 100 naked witches after your blood that you have to kill in order to survive and escape sounds ridiculously cool.

maybe use it as dlc?

Part of what drew me to RE last year was that it didn't seem to be infected by woke nonsense.

Japan in general isn't that affected by it, though it's slowly spreading over there as well through PR.

All sounds good! Just want to know when the darn showcase is Capcom!

I really like the quote about how they designed the villains is like RE4 as to me that means we’re getting some memorable characters and bosses! Also the idea of an all female area of the game is great. I didn’t even realise the zombie things in rags were female but it makes sense now - they’re wearing the rags you see in the fireplace of the Maiden demo. The maiden even says that the rags are like what she was wearing when brought to the castle!

I'm liking everything I'm reading here. Everything sounds so promising and really am looking forward for this

“There are quite a few other characters with a similar impact as Lady Dimitrescu in Village, so you can look forward to that,” says Sato.

He also mentions coming up with different designs for the villains depending on which area of the village they're in. This basically confirms that there will at least one villain for each of the four families, plus Mother Miranda. If they're all as memorable as Dimitrescu we're in for a goddamn treat.

I hope the Castle won't only have enemies in the Dungeon. I want more combat like RE2R while solving puzzles, rather than 7's approach.

Still, loving the sound of this, just want more than 3 Main enemies in the Castle.

So, once the campaign is complete. All enemy types can be replaced with naked witches right? Right!?

Now that we know the colour of her underwear (first picture, top swatch), I expect a new wave of fanart and cosplay...

Funny how we went from Capcom changing events from RE3 Remake(wannabe) to having a male character getting terrorised by women.

I was really interested in this game from what we saw with the beasts and now it feels like its gonna be a long game even for speedrun. Just hoping we get cutscenes skip like RE2R.

It's confirmed the game will have cutscene skip. Also, photo mode will be available (unclear when or how it works).

Is cassandra the blonde vamp ? <3