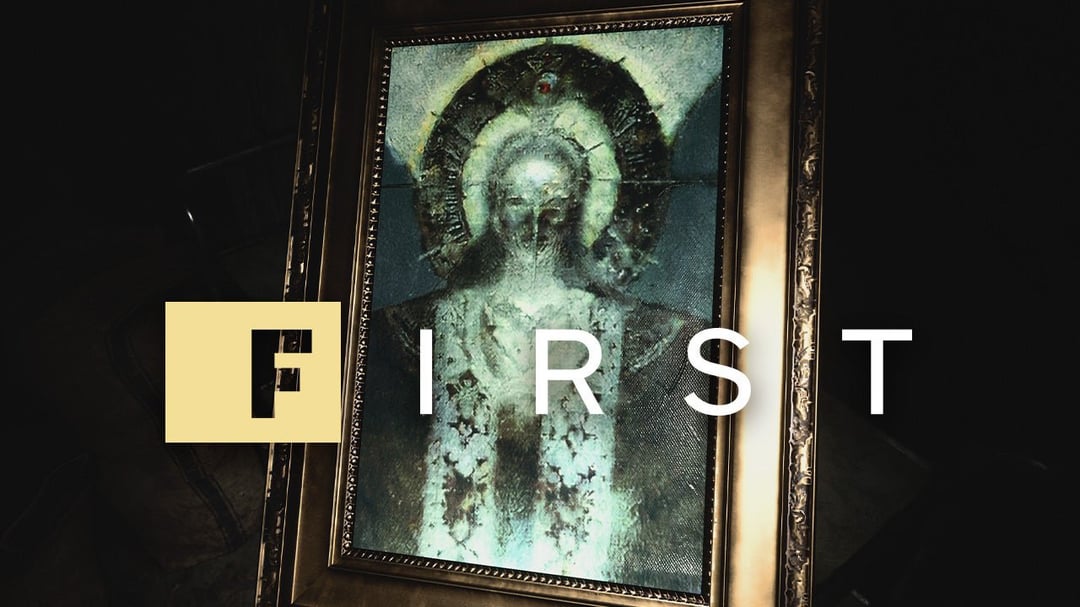 The map being in HD means we can finally decipher the smaller bits of text. Of course, we already figured out:

But now we can finally see the smaller bits, or at least have a better chance of figuring them out:

• Ceremony (not cemetery as people suspected, you can tell as a ‘t’ doesn’t stick out in the lowercase letters) Site

Every new IGN First is so exciting, definitely day 1 purchase for me!

All I am wondering about is how long is the game. That's it, that's all I want to know. The rest I want to see myself!

True that! I’m gonna try and go in relatively blind so as to get the best experience.

Honestly fair enough, it could also be that. That one in particular was the hardest to decipher even with the new image we got today.

I think what's most interesting is how the map has an Umbrella logo on it. God knows how they factor into this fiasco. Ye olde Umbrella.

Well, we know canonically that Ashford and Spencer both come from aristocracy; they literally have traceable royal bloodlines. Maybe both their families have heritage in this region and the Umbrella logo is appropriated from an older symbol.

The Factory and Reservoir are the ones with the most modern sounding names, so perhaps they’re the Houses most closely affiliated with them? Yet it sounded in the trailer that Dimitrescu (and by extension Mother Miranda) isn’t a fan of Heisenberg so this is most likely not correct. Hell, is the Village a testing ground for Umbrella? We haven’t a clue about it’s relation to the company but I’d suspect it’s something to do with its formation given the age of the area.

Is this the moment when they're starting to reveal too much? I, for one, will part ways with the online RE world, after the showcase airs...

...but one thing is for certain (I'll even bet): we won't see Ethan's face. Every mirror will be broken or obscured, and water won't have reflections. Weird.

I'd be very shocked if we ever get a good look at his face in-game. Sure, they'll be a model for his head, just like in RE7, but we'll never legitimately see it. The interview even says they are challenging themselves with cutscenes for Ethan, I'm sure even if we leave the first person view, his face will be obscured by something.

... And yeah, I think it's going to annoy some people, the focus this time is expanding on him as a character, so to have this weird hangup over showing his face might rub some people up wrong.

Who knows. A character can still be interesting if we never see his face. it might be weird but it's not story breaking in my opinion

Wasn’t this map ALREADY revealed though?

Great stuff but what's up with this lmao;

" You can see protagonist Ethan Winters holding a rifle, while series mainstay Chris Redfield is carrying a baby. The masked character below them is none other than Mother Miranda. Her fierce look is as menacing as you might hope in a game like Village."

I noticed that too lol

Thinking I may skip the next showcase. As excited as I am, I’m a tad worried about them showing too much.

Wonder when the Mother Miranda simps will start to pop up!?!?

I wonder if she'll at least be as hot as Alcina.

"Ethan is a character without a face, which makes him very difficult to design".

Did they use a real face model for him or not?

Yeah, he was scanned from Yaya Chamki.

And you can rip the character model out of the game and look at him.

Yes they did, so it's weird that they're so adamant on not showing it.

If I recall, you can see his face in game as well. I believe you see it when playing as Mia, and you rescue Ethan when he gets trapped by the goo stuff. I might be misremembering though.

Not completely, but you can see his mouth and nose. Everything above is in the mold, so he's partially obscured.

This is no longer coincidence, this feels practically like a re-imagining of Suspiria at this point. "Mother Miranda" "the ceremonoy", the witches with their hooks...

Yeah, most RE games had some cinematic influences with RE7 having most obvious ones. I like it, its part of the charm. RE7 is a mix of Texas Chainsaw Massacre, Evil Dead, Saw and The Ring but it somehow fit perfectly into RE universe.

I suspect that RE8 will be similar to RE7 where every section of game and antagonist were influenced by different movie/other source. Here we have Suspiria but probably Heisenberg and rest of them will remind us something else.

It's a weird feeling when a Resident Evil game's map is as big as Ocarina of Time's map.

I’d like to think that Umbrella is disguised as the sacred deity Mother Miranda to keep all the BOWs in the village on check.

I thought I was going crazy but I can now confirm that this picture of Mother Miranda is in the Maiden demo. I knew I’d seen it before and just played through it there to find it!

For anyone curious; here's RE7 Ethan in his RE8 clothes.

Interesting...up until now I believed the old looking witch in the first few trailers to be Mother Miranda...but based on that render released I don’t think she is, maybe she’s the head of one of the houses. I can’t wait for Village lol

Mother Miranda hub. She is just like Saddler from RE 4 u know having people worship their leader and then being infected by virus.

Gotta get those shoes

I think there's so much in the real game they about to reveal.

I wondering if another Miranda may potentially be Alex Wesker now? Although the transformation of her conscious to Natalia may have worked, perhaps it came with a flaw that ages her much faster (in vain of Eveline)? It would somewhat make sense that she would be trying to kidnap Rose, to transfer her conscious once again to a new and younger body, one of which may hold the antibodies to prevent the virus from aging her so quickly?

Mother Miranda also being worshipped by the villagers for whatever reason is also very similar to the way the inhabitants of the Sejm island did with Alex, for some time. There could be some sort of tie in there, with Mother Miranda also promising to better life for the villagers with her “magical” abilities which are unbeknownst to them as viral experiments which are actually being done for her own gain.

Didn't Jill have a mask like that in the beginning of Resident Evil 5? They bringing her back to be the top bad and then redeem at the end???