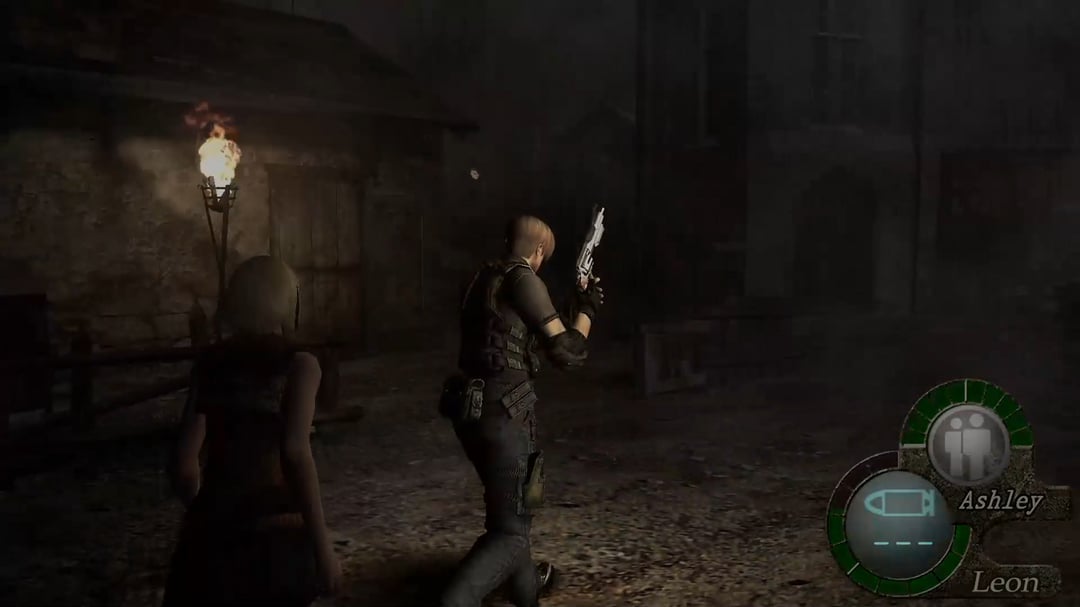 Also very handy against the second el Gigante fight. You dont even need to aim at the chains to knock the whole door down.

I mean, if you have the hand cannon might as well just take out that gigante

Yeah that true. I was saying it more for speed running purposes where you just run away from him. Believe me when I had the handcannon I would fight him every time.

I'll combine this with the Ditman glitch for ultimate speed.

I just looked that up, I never even knew about that!

Bashing Ashley on the head at the same time with the ridiculous recoil.

God, it's the last thing I have left but Water is literal HELL and I'm not good enough with RE4's controls.

Dude it's BRUTAL. I got it last week. Doing it with Leon is horrible, his inventory is so much worse than the other characters.

But if you can do it with Leon, you can get it with the other characters for sure.

Here's my tips if you want to try it again:

Restart til you get your preferred spawn (I like starting out by the water on the ground floor). Then run around and collect time, once you run into the house you will trigger the Super Salvador. Turn around and run, best way to kill him is to lure him to the explosive barrels and aim 2 shotgun blasts into him while he is down.

The Super Salvadores are the toughest challenge, so I like controlling the fight for the first one and spawning him, the other one will show up at a certain point, and that's when you have to find more barrels.

Apparently there is an exploit where you can get Super Salvador to climb a ladder and then knife him and eventually kill him with no risk, someone sent that to me AFTER I had already gone through hell on this level.

I feel. It took me forever to complete Waterworld with Leon’s load out. Super Salvador was annoying.

Also thanks for the tips. I'll try to get good at RE4 again and give it a try.

If you want a tutorial or something on how I go through it I can make a recording (although there are a lot around already). But just say the word and I'll post some gameplay.

Sure, would be greatly appreciated.

If I remember correctly, doesn’t the handcannon have multiple projectiles that are just extremely tightened together, like a shotgun blast almost? If you shoot at some water you can see it. Definitely my favorite weapon in that game.

That is correct! It's like 3 or 4 tightly compacted shots.

Makes the hell we need

To go through on Waterworld

With Leon worth it

I detect haikus. And sometimes, successfully. Learn more about me.

How do you unlock the Handcannon?

You have to get 5 stars on every stage in mercenaries with every character.

So...basically get a 5 star ranking 20 times in Mercenaries.

It was a pain in the ass.

And after that you still gotta upgrade it a bunch to unlock the upgrade that gives it infinite ammo.

Worth it tho since just having the Handcannon in your inventory causes its ammo to spawn which sells for a premium.

Was watching a stream for Outbreak... Man, those folks needed this for them doors.

Or opening vases with the infinite launcher

What game is this?

How does this look so clear?!

This is the Xbox One version, played on a Series X.

Funny enough, I also have my PS2 hooked up, so for fun I booted up my original copy to compare. I couldn't believe how fuzzy it was.

When you say "I'll pay you next month to a debt collector".