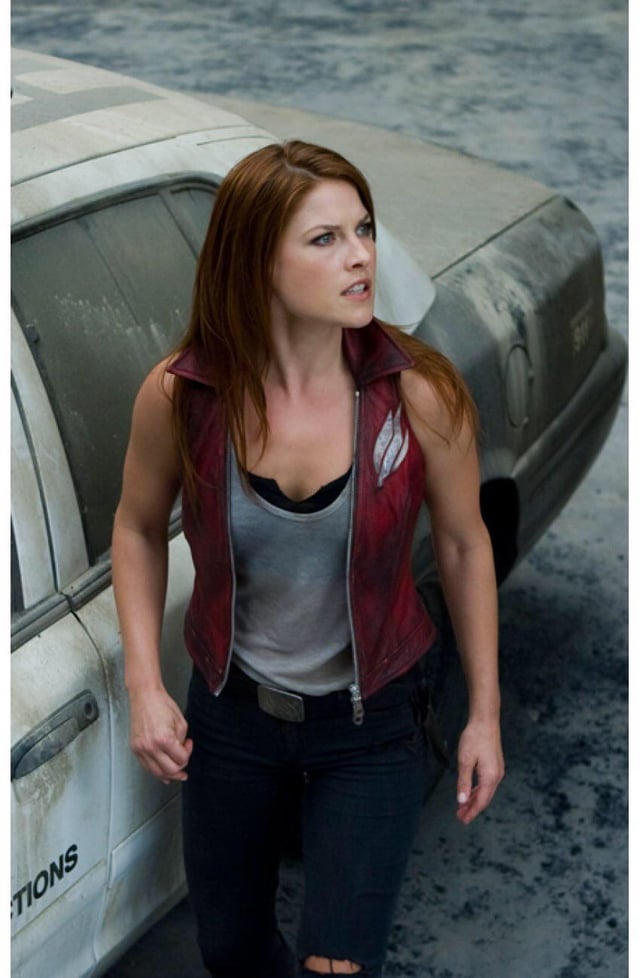 Dunno if this is allowed, but I hear a lot about how Sienna Guillory was a great Jill in the RE movies, but never the same about Ali Larter as Claire. I think she does a great job in the films she’s in just as much as I think Sienna Guillory is a great Jill.
2 ： Anonymous：2021/04/14 13:16 ID: guhfltg

I think the problem with her (and you could say this about many of the characters in the movies) is that she isn't playing Claire. The name of her character is Claire Redfield and she wears some of the clothes that Claire wears but that's where the similarities end. Literally nothing else about her personality resembles Claire Redfield at all, she wasn't involved in Racoon City at all (y'know, Claire and Leon's defining moments), she smokes (for some reason), and really doesn't seem to give a crap about her brother. I don't hate the actress, I actually think the actress did fine considering what was given but this character is only Claire Redfield by name and nothing more

Indeed. However I really like this character, the actress and performance.

I agree but had this movie come out after REmake2/Revelations 2, I think she would've been spot on. Even Claire in Code Veronica had her "hardass" moments.

I give them props on the iconic characters all looking like their characters as well. Ali looks like like if Claire out down her hair. Also, I know this is cheat but, she's looks so much like Manwha Desire Claire (came out in 2015). The characters were so spot on but they unfortunately lost the plot widely. Still, fun movies to turn your brain off after Apocalypse. (excluding Extinction. There's like 2 scenes in the entire movie that I got ANY enjoyment out of)

I love this version of Claire nonetheless. No, we do not get to see Claire as a young girl first encountering zombies. We see Claire first well into a global catastrophe as a hardened leader. I like this take on Claire very much for this alternative timeline of events.

I mean if you can't envision biker-babe Claire taking up smoking after all that happened - well that's on you lol.

This resumes every character on the movies.

If you enjoyed her as Claire, that's great!

As for me, and a lot of other people, seems like - Larter probably did the best with what the director gave her, but the script and direction made her a generic "tough badass female" character. Claire in the games was sarcastic, impulsive, and altruistic, constantly put herself in harm's way to help people she barely knew. I found Claire in the movies to be humorless, morose, and edgy, like a generic Sarah Connor clone.

I don't think it was Larter's fault, it was the movie's direction and script. Claire is my favorite character, and I felt like the movies did her dirty by incorporating the most superficial aspects of the character while bringing none of her personality to the role.

Loved her. She did what she could with the script.

Ali Larter would have made a great Jill, too, but she didn't really fit Claire, IMO. Too rough around the edges. Claire had a semi-innocence to her.

Sienna Guillory had the look nailed down, had the basics of Jill's character down like being a stars member, and was introduced in a similar way as Jill in the iconic setting of racoon city. With Live action Claire you wouldn't have even known it was Claire if the movie didn't tell you. Ali could have been named any original character

I don't know what to tell you. I INSTANTLY knew it was Claire the moment I saw her. She's actually pretty spot on. The only thing that would make her more spot on is if she had her hair in a ponytail IMO.

And her age. Ali is almost twice the age Claire is supposed to be.

The films are simply awful.

I could not agree more. The resident evil live-action movies belong to the worst things I have seen. And the editing of the ''final chapter'' gave me a fucking headache. Such shitty and embarrassing movies.

That one scene where Milla Jovovich's character kicks glass at a dog is pure fart.

Without those simply awful movies, Resident Evil would of died out years ago

I've always thought Ali did her best with it, shes decent and she really does look like Claire. It always just really infuriated me that she hardly ever has a ponytail. Baffled me lol, it really would've completed her iconic look.

Sienna and Ali both looked and acted great. Unfortunately, the writing and directing were so bad, they ended up nothing like Jill or Claire other than appearance.

Nothing against the actress, it's the movies that don't help anyone that could've been a good fit for the characters.

You got your actresses mixed up, bud

She LOOKED the part, she would been a better actress then the one in REmake 2.

But the movies are horribly written and the only character who even matter was Alice, it's amazing the movies lasted as long as it did

Personal opinion: Jill was a poor character in the movies. Aside from looking the part, which is the bare minimum you should fulfill when portraying a character, she is nothing like her videogames' counterpart. She is abrasive, mean and selfish. I hate how they wrote her.

Evading the Final Destination ghost even in the apocalypse

The real problem was that every other characters shared screen time, except for? What's her face. She got all the focus. The characters competed to be fleshed out.

The re movies r shit because of Alice. The reboot ones will be sm better

The movies are trash.