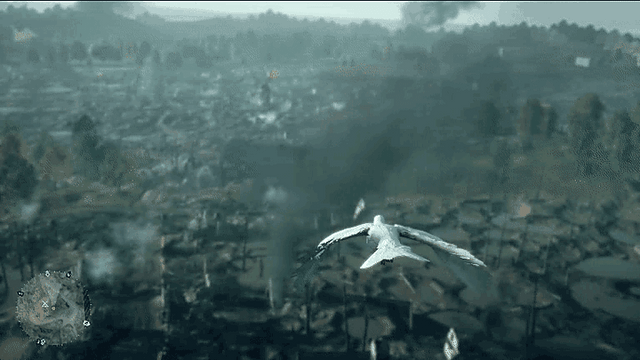 Some gamers are asking what's the point of Battlefield single player? I believe Battlefield can have some truly memorably Single Player moments when they put in the effort.
2 ： Anonymous：2021/06/10 19:36 ID: h1bgpgr

Battlefield bad company 2 was one of my favorites campaigns I've played.

I never finished the first one, but just picked them both up. At the time, Bad Company was some of the most intense combat I'd been in.

In terms of history yes, in terms of gameplay I didn't like it very much and the campaign was short, still think it's a good game though, I just thought it would be better. I preferred battlefield 3, masterpiece.

Funny thing, I used to play BC2 a lot with friends. Hundreds of hours of it. And I never played the campaign.

People forget what made battlefield what it is today... Battle field bad company.

"THERES GOLD IN THEM THERE HILLS!"

This came here to say this. One of the best campaigns they made and everything after was very mediocre.

I can hear the soundtrack of this in my head as I watch. Battlefield 1 was truly breathtaking

Bf1 was a game where you could happily stay on the menu page and listen to that fantastic soundtrack.

The Aussie and the pilot campaign from 1 were fantastic. But the tank?... it was beautiful.

“Black Bess, woman of your dreams”

Never played 1 but the tank campaign in V was amazing as well. I’d have easily paid $30 for a full 8 hour campaign of just that.

I want more campaign games. Why don't others as well. Let's have 4 player coop and run through em.

I’m with you. I feel BF1 was a missed opportunity to add more single player missions with the format they were using.

Battlefield 1 had a great singleplayer

It was a story, a compelling, engaging, and ultimately true story.

Yes, and that moment from OP was brilliant

Man, maybe I need to play through it all, I got a little bit past the halfway point in the game and most missions felt like a stealth game after the first couple minutes.

I really enjoyed BF1 campaign, much more than I anticipated. Its problem was that it was too short.

They really should have held off on Battlefront 2 and kept resources allocated on BF1 a lot longer. Could have released a war story every DLC.

France: Battle of Verdun in which you hold out against German waves in Fort Du Mont (Not Fort Vaux)

Russia: Battle of Tannenberg and the subsequent loss the Russians faced there.

Turning Tides: Gallipoli was already done in the main game, so you could focus on a more Naval-Based campaign like how "Friends in High Places" was mainly an airplane story.

Apocalypse: Battle of the Somme but from the German's perspective. (They suffered ~200,000 more deaths than the British)

People play the campaign for 4 hours then multiplayer for 400.

Creating a campaign involves cutscenes, good AI (BF is notoriously bad for this), and massive investment of resources that would otherwise go into multiplayer. Plus when they can sell skins and micro-content for one and not the other, their incentives are even clearer.

good AI (BF is notoriously bad for this)

Well according to some Battlefield youtubers, EA has told them that in 2042, you will be able to play against bots in multiplayer and it is possible that these bots might be used to fill up servers till more players join said server.

And it might be entirely posdible that they used their machine learning AI for the AI. They did start researching this 3-4 years ago.

EA SEED - Expermiment in Self Learning AI in Battlefield 1

It's probably easier and more efficient to focus on one or the other. But it's not impossible to do both - Halo, Titanfall 2, and CoD4 are good examples of games with excellent singleplayer and multiplayer modes. And Battlefield has had some good campaigns in the past, it's not like they've never successfully pulled it off. I think it's reasonable for them to drop the campaign to focus on multiplayer, but I also don't think it would be crazy for them to aim high and try for both.

Not gonna lie, I liked the story that focused on the planes

Been playing through Battlefield 1 and the war stories are fucking phenomenal.

Not gonna lie... this moment brought tears to my eyes. I love birds for one... but I honestly wasn’t expecting the absolute silence and hauntingly beautiful music that started this sequence. I was stunned. Flying a beautiful, majestic animal and seeing the beauty of the Earth but at the same time, the horror on the surface from the ongoing battle. No exaggeration, I actually had to step away from the game for a few minutes. It is one of my favorite moments in gaming. So powerful.

not doing a Bad Company reboot was a big miss imo ... campaign, no matter how beloved or hated, will always get you more immersed & invested in the actual multiplayer itself

It made no sense for them to. market data shows only about a third of players even touch battlefield campaigns and far less ever finish them. Also think the bad company games were a fluke that came during the right time and attempts to replicate will likely fail.

Single player had a really memorable intro for me

The only part of COD I play is the single player campaigns, I just don't enjoy the online multiplayer aspect of a first person shooter.

Bad Company 1 and 2 had great single player campaigns. BF1's and Hardline's campaigns were good. I only remember parts of BF3's but I also get BF3's and Medal of Honor 2010's campaigns mixed up for some reason. Probably because I played them around the same time and they looked similar.

I only remember BF4's campaign because I had to replay the campaign so many times on the 360 to keep my campaign weapon unlocks for the multiplayer. The game would freeze in the loading screen for Dawnbreaker. So I had to manually turn off the 360, but doing that would wipe my campaign data.

But for BF3 through BF1, with the exception of Hardline, I mainly played multiplayer.

do you control the bird?

No, but the fly over the battlefield is incredible for the story.

Battlefield Bad Company 2 and Battlefield 1 have my favorite campaigns of any shooters.

This is a great idea and more dev companies should do this. Lots of BF fans won't buy this solely because no single player no matter what everyone thinks the community as a whole believes they want.

Upon death seeing your characters name and date of birth/death, then instantly going into the shoes of a new soldier fighting until the inevitable. Really made you feel like there wasn't a hero, just men fighting for their lives. That feeling is gave me is why the opening was one of the best parts of a modern FPS I've played in recent memory

I've played games with A LOT of toxic people that spout that attitude that all games suck except for multiplayer shooters. It's pretty fucking sad...and lame.

Nobody should be debating the quality of their Single Player modes. They are objectively good. They are memorable. Absolutely.

But you have to remember that they are running a business. And they have access to all the metrics. They are seeing that such a small percentage of players are playing Single Player and they've made the strategic decision to put their resources into multiplayer.

Look on the bright side: This could arguably give us the most refined BF multiplayer yet, because you can imagine more team members working on multiplayer than ever before

So at the end of I think BF4 there is this moment when you have to choose which squad member to send to their death, knowing it will save the fleet.

I hesitated too long because I liked both of them, as I struggled to decide who to ask to die... then before I could decide the fleet was bombed and everyone died.

Totally caught me off guard. I remember that moment. Now I always have favorites lined up and know who's going on the suicide run before I'm asked.

BF has been, and always will be: a multiplayer focused game.

Doesn’t need single player. This is a hill I’m willing to die on.

Then you'll die AND be wrong hehe

The people who don't want single player are the same ones who don't PTFO.

Battlefields not going for an single player experience and it never was its focus. We want this to knock Warzone down to nothing where the garbage game belongs.