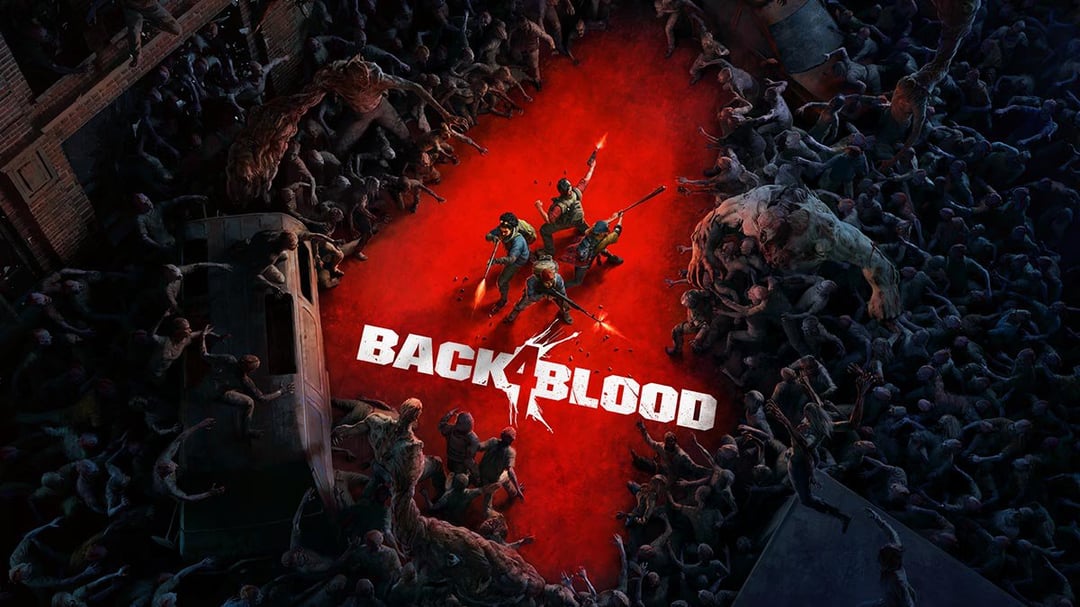 ) to the Gamepad tab in the Options menu" - I deleted this game because of shit controller acceleration but now It's worth it!
ID: honhop3

Honestly I can’t think of a single first person game that hasn’t had its controls ruined when look acceleration is present.

Yeah, acceleration is shit. But having an exponencial curve on the joystick instead of linear is awesome. You can be much more precise when just moving it only half way in some direction.

Honestly, I thought I was the only one struggling with the horrible control options. Couldn’t find a proper setting for the life of me…

had this issue last night and thought it was me just having a weird night. I could not find the right balance.

I haven't played in a while but this update sounds good

they finally fixing the aiming after months? Better late than never i guess

Me and a few friends play on Xbox couple of times a week and still enjoying it. The patch looks like it will make it more enjoyable too

Update sounds good. My brother and I started the game and played through the first ~ 1/3 of it before life got in the way. We were just getting ready to get back into it anyway, so this patch sounds like it'll be a lot more enjoyable.

I haven't played since I beat it, maybe it's time to hop back on

I was on nightmare on my one and only play through!

Games great. Hate me for enjoying it please.

Is anyone even playing this anymore? Incredible how dead it is after such a short time.

It's got potential, but they need to iron it out a bit, and tbf; this patch looks like it goes a long way to doing that. The controller improvements are welcome and I'm hoping that fixes the janky feeling when moving/looking.

I'm annoyed i bought it at launch, as it's already less than half price here in the UK, but I'm definitely wanting to play more when it's in a better place. There's a fun game in there that I feel does build on the l4d formula in some good ways.

It's the best with friends anyways. It's great then.

The buddies and I really enjoy it. Our biggest gripe is they removed the PvP for some horde mode junk. Like no one wants to just hold a point we want to run through the normal levels but with other players as the AI

It really wouldn’t surprise me if that type of mode gets added in a post-launch support. Say what you will about EVOLVE, but 2K literally had to drag TRS off of it kicking and screaming, preventing them from doing any further updates or balance patches. The December patch notes in the OP are miles long and address every component of the game, imo for the better in almost everything. Will see how it plays when it goes live tomorrow but I think it’ll be better for everyone except speed runners, and I dunno why you’d buy a game just to try and outrun the horde and ignore every mechanic anyway lol.

I'm glad I got it on gamepass instead of buying it on the ps store. With that being said the game was kinda stale imo

Heck yeah we are! But I mostly play with friends so you wouldn’t see me matchmaking anyway.

Wasn't there some sort of backlash with this game? I think lots of people knew it was gonna "die" quickly

I think it was just your run-of-the-mill reddit bullshit. Some people were upset that it wasn’t Left4Dead3, which it never could have been as Valve owns the IP. Others pre-judged it because they didn’t like EVOLVE (which had a rough start for sure but once they implemented a hotfix system so they didn’t have to wait for Sony/MS to approve balance patches, TRS got to work on that game and it ended up being a fantastic 4v1 experience that was ahead of it’s time imo).

The only real criticism of B4B that I think was warranted was that it was “too hard” on veteran and nightmare, and “too easy” on recruit. Something this patch goes out of it’s way to create 3 different experiences based on difficulty. Anyone with concerns about the aiming have far more precise control over it than they do in most shooting games now.

And the negative attributes were removed from most cards that had them, so you aren’t worried about min/maxing with individual cards and worried about the -stamina or whatever on a single card, but instead looking at opportunity cost between picking one card over another when all of them are good choices. So anyone that might have thought the deck component of the game didn’t have a place in it should probably give it a shot, as you can carve out widely varied playstyles between the cards, weapons, attachments, and characters. It’s a game that is at it’s best when played with friends for sure, but I think that matchmaking with random ppl should be a lot better with this patch too.

Yeah, my crew is still playing it regularly. The massive December changes will make it so much more accessible to players, from the difficulty nerfs to the removal of negative attributes on cards, the aiming improvement, and just a shit ton of tweaks to every system in the game. I think that currently, there are groups of ppl that just replay certain levels like 1-1 or 1-5 for supply points, or that speed run to race ahead of hordes and they make the game trivial in doing so for the rest of their group. But they’re likely doing all of this because it’s easier than playing the actual game, which the changes here all fix and address. They’re also enabling offline progression with bots, which will give people a way to farm supply points that doesn’t impact random matchmaking groups.

I think it’s a blast, especially with a group of friends willing to work together towards a common goal that will share copper and ammo, buy upgrades, have someone playing Doc, etc. It’s not exactly Left4Dead3 but it never was going to be (as they don’t own the IP). And I think the cards, which I was initially averse to being a core mechanic, ended up providing a ton of flexibility as far as different builds and playstyles that work better with specific weapons and attachments in conjunction with the deck you chose. It gives the game a lot more replayability and longevity than the L4D games came with. I haven’t messed around with the PvP mode, that’s probably one of the areas that the L4D series is clearly better at. But if you’re looking for a co-op shooter that gets really frantic and intense, especially at higher difficulties, Back4Blood is a fun time.

All of these are good changes, nice to see. Most of them based pretty directly on community feedback, too.

Agreed. As a Doc player, I feel like they might have done a couple things that make me less vital to a group, but overall that’s great for groups that don’t run with a dedicated Doc. And I think that with the massive changes to difficulty and the amount of special infected that can spawn, the cooldowns of their attacks, preventing certain types from stacking (like a hag in the fog), or not allowing a boss to spawn early in a run before players have acquired a couple cards, etc… the game will be a lot easier overall.

The only people that I think will be upset about this update are speedrunners, and currently their meta is to run so fast that the horde chases the person out in front and leaves everyone else behind them alone, completely negating the importance and build and contributions of the other 3 players in the group. But it looks like speed will still be a viable option and changes to some things will allow you to kite (while sprinting) even backwards and sideways now.

They’ve pretty much tweaked all the cards that had a negative stat as well, so you aren’t looking at individual cards and thinking “I like this but I hate this”, and instead will be agonizing over which cards out of tons of good options for your playstyle and build. Lots of great stuff like cards that will cause molotovs and razor wire to drop while killing, moving razor wire to the quick slot, reducing bird HP from 10 to 1 so you can kill them with shotguns and molotovs, etc. I think the bots are gonna be a lot more lethal than they already are, with upgraded decks and weapons (and they’re already amazing for giving you health and ammo and pinging special infected), and offline progression is available too. I’m excited to see the new card type and holiday stuff as well as the upcoming DLC expansions and new difficulty and more card types and cards that will keep adding different ways to play and unique builds to facilitate them. I’m pretty happy with the patch notes overall.

r/back4blood
are very excited about this patch. The difficulty balancing should make normal mode/ veteran possible for non-pro gamers. I'm really looking forward to it myself.
13 ： Anonymous：2021/12/15 11:10 ID: homqw4e

It doesn't have local co-op?! That was the best part of L4D

I mean before this patch there was not even offline progression.

It doesn't have a take-a-break mode either. Gotta piss in the middle of a run? Tough luck.

Exactly! And it was made by people from the original L4D team which is what makes it even more disappointing.

I would buy it immediately if they added gyro aiming into it.

I haven’t felt a FPS on console worse than B4B in a long time. I want to like this game so bad. Hopefully these controller changes will help? I’ll give it a shot.

What didn’t you like about it? Was it the aiming/controls, specifically?

IMO, there will be soo much more precise control options available to players to customize the exact feel they want. Especially compared to most games where you just have a single slider for aim/camera speed. You can just scan through the patch notes to get a sense of how many tweaks and balance changes and improvements this massive December update will bring to the game tomorrow. It took forever to read them all.

Maybe it's finally time to try it out

I think it launched pretty solid. It wasn’t a broken or buggy mess. The biggest issue that it had was that the easiest game mode was too easy and the harder two were too hard, but this changes all of that. And it makes offline progression and farming available for people that don’t want to play with others (but this game is definitely best with friends or random matchmaking where people are willing to work together). And since you really kind of have to work together to survive, I find that a pretty decent amount of the random ppl I’ve played with have been good about working together towards a common goal. It’s on GamePass if you happen to have an XBOX/PC and want to try it first.

I'm on PS5 unfortunately so will have to buy/rent it. What are your other pros/cons?