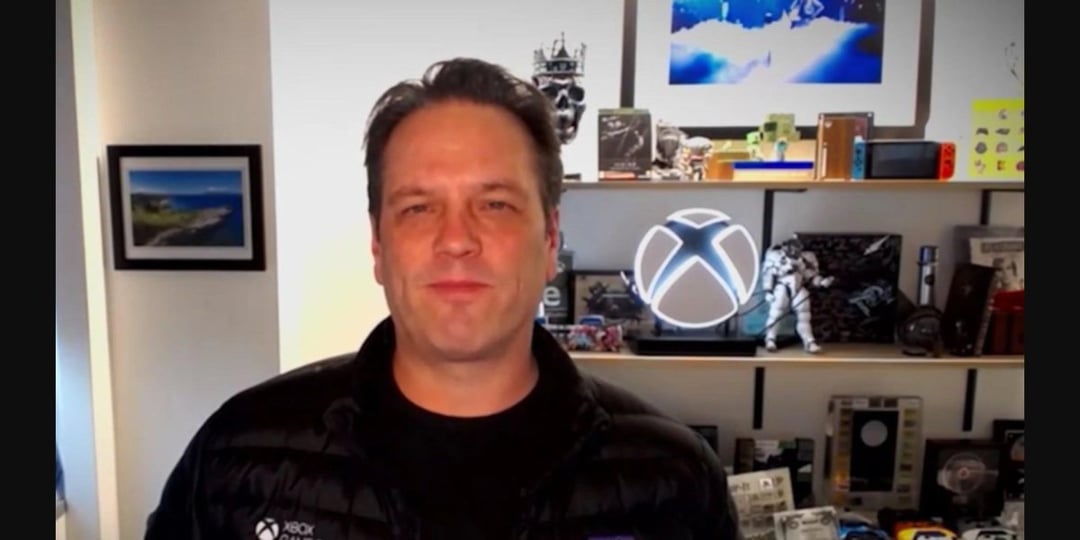 The game not made by Kojima is not a Kojima game. Well I'm shocked.

It didn't make much sense anyways. Like really? One of the the key pieces of evidence is the director has the initials HK? I was a big stretch

PT was announced as a demo by an Indie studio called 7780s Studio too. People forget that Hideo does actually do stuff like this.

Also I saw people talk about how the Dev Twitter and stuff was completely empty, and other reasons. I don't have a side here, as I don't care (can't think of a single Kojima game I've played).

It's not necessarily out of the question that Kojima would do something weird for his game announcement but I just think it was a massive stretch. It's just as likely Sony wants to partner with a studio very early on in case they have some real talent.

You dont have think about anything just wait for an official announcement nothing to go crazy over its just video games at the end of the day.

I honestly don't understand why Kojima would go to Xbox, most of his fans are on the PlayStation platform let alone he had engine support from Guerrilla Games and Sony supported him on building his studio and team. It just does not make sense why he would make an exclusive for the Xbox.

He will have to create a completely new engine from the ground-up and probably can't use Decima and also won't get mocap support like he did for Death Stranding. His new game will take a longer time probably, anyways hope for the best.

But also correctly called EA play to game pass, the bethesda roundtable, and age of empire event on April 10th (and probably more if I looked it up). Plus he said he can't confirm deal is closed

The problem is that you seem to assume that Sony would be interested to work with Kojima.

But who is to say that for whatever reason (probably Sony hoping that they would have made even more money with Death stranding) Sony simply wasn't intestered to work with him which forced him to seek another publisher ?

I would never forgive Sony if I ever hear that they snubbed Kojima. Death Stranding was a fucking brilliant game.

Why would he need to build an engine from scratch? Microsoft have like 25 studios using multiple engines. I'm sure they'd let him use Slipspace or idTech or Unreal 5 or any other engine.

Yes, because PlayStation are the only publishers with mocap support...

And if Kojima does partner with Xbox then it's because Xbox offered him the better deal. Hardly a head scratcher.

Let's just pretend this is true: money. I think even Kojima would go to the place that offered him the most money. And with id Tech, he would have a pretty amazing engine to work with. I also think he could get famous actors again, as Microsoft needs a game with some big names attached - shooter number 2917 doesn't cut it. We also don't know the reason behind Sony not publishing sales numbers for Death Stranding. But even that one being published by 505 on PC was a very weird thing and showed that Sony did not support the decision (like how MLB is not published by Sony on other platforms).

I really hope it isn't true, as that would be such a gigantic punch for a dedicated community. On the other hand, Sony needs to step up their game. Show us the plan for the next 2 years. Microsoft didn't really do that too much and most of the stuff is known through "leaks", but with the PS3 store closing, no news on further back compat (PS2 and 1 at least), PS Now being just a timed PS+, likely delays for Horizon and God of War and the closing of Japan Studios (even though that made a lot of sense), they currently live in a PR nightmare. It doesn't harm them right now, and I think they will lead the sales for a good while, but they currently don't have an answer for GamePass and Bethesda. At least not one we know of.

Jeff said Xbox live was going away as well.

He was also wrong numerous times, there are more people supporting Microsoft theory tho, we shall see.

This isn’t a Kojima game, look at the graphics and the performance. Death Stranding on ps4 has better graphics than this game on ps5, it has to be an indie game.

This isn’t a Kojima game, look at the graphics and the performance.

You mean from that one minute teaser trailer that showed basically nothing?

From what it was shown it looked really bad for a AAA game, let alone for a Sony AAA game. There were literally fps drops in a one minute teaser. It is probably just an indie game, as i said

You gotta remeber tho that when Kojima released PT he intentionally lowered the quality to made it look like an indie game. The performance & hand models could easily of been a trick as he’s already done it before

got a source on that? the game looks amazing...

Kojima making an exclusive game for Xbox (if they both signed the deal since the article is unsure) would be a massive blow for Sony..

And after Japan studio's complete restructure one has to wonder if we are going to get any kind of PlayStation studio game out of Japan except for Astro bot and Gran Turismo during this generation.. which is sad..

I would buy an Xbox if that happened

Jeff Grubb and his love for Phill Spencer's d..k and at the end of the day if it ends up being fakel , he will deny that he spreaded the rumors

If Kojima makes an Xbox exclusive I will be massively dissapointed

Although I could understand the reasoning behind Japan studio's (from Sony's point of view) changes letting Kojima slip away so he can make an Xbox exclusive makes me really question what or even if Sony has a strategy towards Japanese creators. It's sad honestly..

But the biggest piece of evidence I have that Abandoned is not a Kojima joint is that Kojima is in talks with Microsoft about publishing his next game, according to a source familiar with the matter. And yes, that statue on Phil Spencer’s shelf was referencing a potential deal with the legendary developer. I cannot confirm if Xbox closed the deal yet, but my understanding is that Kojima is the focus of a Microsoft plan to leverage Japanese talent.

Oh look, the thing I said might be a possibility but was told by some here would never happen... Turns out might actually happen.

Once again, businesses don't solely work on loyalty or by history when it comes to deals they make. They work on whoever they can do business with in the present / future.

In this case, and as I speculated, it's no good pointing to PlayStation's history with Kojima when a huge part of that history was with the Japanese side of PlayStation and its previous management, or more specifically, with Andrew House and his team, who was the architect behind the entire KP deal.

With Death Stranding hardly being the blockbuster seller it was expected to be - as Sony never once revealed sales, which it usually does when their titles pass a certain threshold - I can see why PlayStation might have decided to pass on Kojima's next project.

Doesn't mean they have. Even this report has stated it's all in negotiation with Xbox, but it always seemed silly to me to think KP's next game being on PlayStation was a certainty.

I can certainly see Xbox pulling out all stops to work with more Japanese developers, not least because Spencer has hinted that one of his main focuses will be to expand their Japanese first party presence (which a KP publishing deal would be).

This subreddit is embarrassing sometimes. Kojima would never put out a trailer as shoddy as that. Besides, the last time he did the fake studio trick it was so obviously him people saw through it right away.

The bigger deal here is confirmation that Microsoft are going after Kojima. That would be huge, especially on the heels of Sony all but abandoning (no pun intended) Japan.

It's funny that you can't even call the trailer obviously not a Kojima game and not get down voted here.

I didn't a tually believe people thought this was a Kojima game. You think there's any chance at all they announce a new Kojima game in a random trailer dropped on a random day? They'll do what they did with Death Stranding. Make a big show of the announcement many years before its going to come out, and make sure the Kojima name is shown in the trailer.

And a shitty trailer at that

I swear that man has a face made for punching lmao

Yup, but the man knows how to turn a brand around...

Jeff Grubb is the author... not only I’m not believing his disprove but also his out-of-his-ass incredulous rumour that HK would have anything to do with xbox. This game is not Kojima’s, not because this guy said so, but because he finally has a studio of his own to NOT do these kind of side stuff for avoiding Konami reprisal. He doesn’t have to use shady tactics when he can plaster his name front to back all over his work like how he loves to do.

And that xbox rumour conjured out of his ass, well.... nah, just no.

Kojima is a free guy and after the failed deal with Amazon games, he will find another publisher that can fund his game and M$ has a lot of money

Xbox is buying everyone or what

Well, they actually have the money to do that. If the trend keeps going on, Sony will need to rely even more on its studios, I just don't know if that will be enough or not.

Sony also has over $44 billion cash on hand. Right now their first party is still far far stronger than Xbox’s. I’m sure if they feel threatened they’ll start spending too.

Nintendo is kicking Xbox’s ass, and that is primarily because of Nintendo’s 1st party exclusives. Sony will manage, but if they are contemplating making any big name acquisitions, they will need to act quickly.

If Kojima bails on Playstation for Microsoft I’d never forgive him.

the heck? you talk like he betrayed your family and left you for dead or something. hes just going to another publisher for his next game thats all

So the Switch in the background is a hint that Microsoft will buy Nintendo.

Wtf are people talking about XD. How and why is Abandoned being assumed to be a Kojima game?

Lmao Sony got a pretty shitty deal with Kojima. First he dumped an inferior version of a game they funded on PS4, then Kojima runs off with 505 games and releases a superior version of DS with additional content only on PC, and he still hasn’t given us a PS5 update yet to top it off

Sony really needs to stem the bleeding on all this bad news for them. Kojima making an Xbox exclusive would be another huge blow.