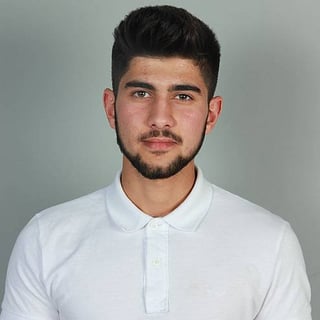 Kojima has announcement games secretly and mysteriously before, like what he did with the Phantom Pain. Abandoned might be his next game, and here's why.

Firstly the game director isn't even a game dev. He is a turkish individual who is looking to be casted as an actor. Source :

https://www.aypiajans.com/hasan-kahraman
.His linkedin profile is even weird, there is basically no info on it, and he has never worked on any other game before, let alone a AA or AAA game. What about his initials ? HK, Hideo Kojima ? Is that a coincidence ?

Secondly look at the studios name, Blue Box games. BB. Even their website is weird, there is basically nothing there. There twitter account has been silent for 5 whole years. They have only worked on one mobile game, and nothing else they have released has even made out.

Look at their steam page, it's literally empty. There is nothing there...

This is clearly a Kojima stunt, there are too many coincidences here that align perfectly. Maybe the Q1 2021 date is not the game release, but a demo debut ? Like what happened with P.T ?

The thing that gets me is that hand model holding the gun looks a bit rough.

I’d agree but remember when Kojima released PT he intentionally lowered the quality of the game to throw everyone off & the final game would be drastically better.

The forest looks great, the campfire smoke not so much. But the voice acting was pretty B tier and the audio mixing seemed off too. Strange trailer overall.

Using a real studio as cover is weird though

He’s done it before! But that doesn’t make the rumor true. People have found the director’s linkdln so the possibility it’s Kojima is much lower now.

Said director has literally nothing on his LinkdIn. Didn't even have a profile picture earlier today.

The studio had this project bought out by a private investor.

Eh, looks more like that Kickstarter failed and thats just the narrative they went with. This 'game studio' has zero online presence; an amateuristic website (with some buzzwords) which is now taken offline; it's founder seems to be a ghost with no relevant working history or portfolio, and the only output fou can find PT-'inspired' Android game (looks very amateuristic) and a game that never left Steam Greenlight.

So eh, while I'm all for indie-devs doing their thing, this all looks fishy -so far-.

Lol Kojima did the same thing with MGSV:TPP. Also used the a real studio at that time

I would say you’re overthinking this but strangely enough Kojima apparently retweeted the trailer earlier today but it seems he removed it. I saw several screenshots from people showing the retweet but I have no clue if it’s real since I don’t follow the guy. Don’t know honestly, it certainly doesn’t look like a Kojima game to me but it would be cool if it was in secret.

If anyone would do this, it’d be Hideo Kojima. Playing through Death Stranding right now and it’s a bloody masterpiece.

No way, unless that voiceover was kinda tongue in cheek. The writing sounds as derivative as humanly possible.

Still curious to see how it shapes up though.

Does anyone think that its weird they announced a ps5 exclusive from this unknown developer? Its super weird.

Your theory about the stunt matches the stuff he did with PT but personally I don't think the theme and quality of the trailer (the low framerate and the voice acting make it look bad imo) match with Hideo Kojima's other works.

To be fair, didn't he also intentionally lower detail quality in PT to make it seem less AAA?

Not that I remember, I think it's even one of the best looking games for the PS4

I just watched the trailer after reading this... I’m intrigued but I’m not going to hold my breath. It definitely didn’t look up to Kojima’s standards unless it’s just a ploy and the real game looks and sounds much better.

He is a turkish individual who is looking to be casted as an actor. Source :

(Assuming this isn't a different guy with the same name), even his age doesn't line up. He would've been 17 when the Kickstarter launched.

Speaking of the Kickstarter, it was completely funded by a private investor, and then we heard nothing beyond that. Wouldn't be shocked if it was Sony.

Yup. It's got Hideo written all over it. There's basically no history for the company or the developer, their mobile game has the Death Stranding hand print. No game gets put on the PlayStation blog that has this little info. It's a stunt, and I cannot wait.

Project Athia was put in there with barely any info. I would buy this if Blue Box Studios was brand new. Why would he pull a ruse on an old stufio? Why not just invent a new one like he did with MGS5?

Project Athia is made by Luminous at SE. Not saying I agree with this whole theory, but there’s a clear reason it would be featured on the PS blog.

The ResetEra post about this conspiracy is pure gold, it's almost as good as the Xbox Power king and PS5 Performance King meme threads on Neogaf.

Best story I have ever played in a game.

Have you ever played any of his other games? Even if you didn’t like one game made by him doesn’t mean much. The dude is truly something else when it comes to games.

This is such a stretch. So is Microsoft also buying Nintendo? Because there's a model of a switch on Phil Spencer's shelf!!!

I'm not saying it's 100% not true because idk, but the three links you have are all "OMG LOOK AT THE STATUE ON THE SHELF! KOJIMA IS GOING TO XBOX!" Clickbait articles by clickbait websites.

You mention tweets containing the same article and Jeff grub. The same guy who has been wrong multiple times. Remember him saying xbox games with gold was going away only for the price to actually double ( although microsoft did revert it back after backlash).

And as a side note. 1st person game at 30fps? Game looks amazing but if there isnt a 60fps option i wont play it. I dont mind 30fps 3rd person games. But in 1st person, especially with a low FOV, its headache inducing

Whoof...i didnt see that anywhere and i got worried.

This is on brand for Kojima. He announced The Phantom Pain using a fictional name (Joakim Mogren, anagram of Kojima + something containing "ogre" which linked it to Kojima), under a fictional studio "Moby Dick Studio".

There's a few too many things happening here hinting at Kojima so I think he's right (apparently he retweeted it, an unknown studio getting a full ps blog entry, a game that looks AAA, the name thing, BB...).