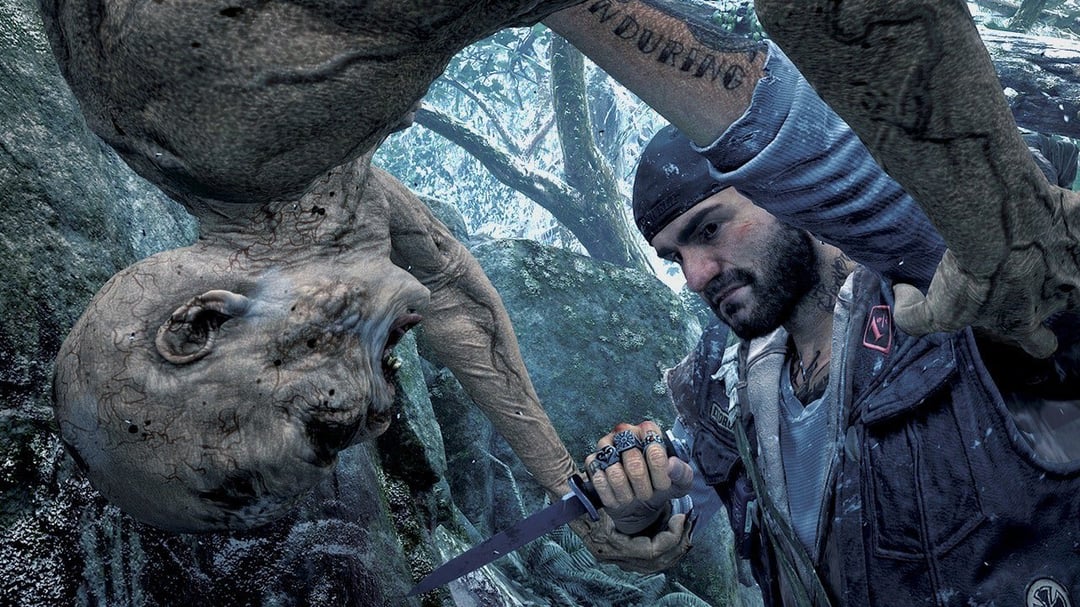 Part of that pitch was shared world Co-op, not the entire pitch. It was supposed to be a mode.

I really like days gone, lived in Oregon for years, so it was fun to explore on the motorcycle. It did drone on a little too long, but I platinumed it and had a good time doing it. Would not play a shared coop world though, no thanks.

Yes, this. I want further exploration of the story, not requiring other people in my game. By the end there we had some really compelling characters and a good cliff hanger. It would be awesome to follow that more.

I think Sony looked at this. Saw the first games reception at the time. Knew ND is working on a mp game. Knew both Dying Light 2 and another Dead Island are in development. Decided not to approve it and now the internet is blowing it out of proportion.

Yeah, word leaks that the sequel was turned down, and the internet gets pissed off. Sony says "well here is what the sequel was" and we are all (well mostly) like "oh shit, you're right. good call"

I loved this game and really wanted a sequel, but don't blame Sony for killing it. If the game made sense financially they would have greenlit a sequel.

Like Death Stranding, we have people associated with the project talking about profitability, yet Sony has never confirmed their statements. They've never announced milestones suggesting the game was a success. Sony wrote the checks and they know the risks and at least in this case, it wasn't worth it to do again.

It happens. For a lot of us here, we discovered this game when it went on sale for $20 by the end of year and for some, they are experiencing it now. But at the end of the day, Sony was banking on this game selling a ton and it didn't and decided to cut their losses and move on.

You know maybe it was a good call to reject the pitch. I just want a continuation of the story beyond where it takes place, not some coop experience.

I really enjoyed the beginning of the game when you ride around with Boozer and later with Ricci and other characters. At first I thought it was going to be a buddy-movie kind of game. Obviously, the plot takes some turns, and I love the game overall, but I was disappointed that wasn't more prominent.

I would have really enjoyed a sequel where you do more running around with a partner and say a second player can pop in to control that second character or drop out and it's an AI.

Yeah, something like this could be really cool for a sequel

It’s a great idea, Resident Evil 5 was exactly like that. Your partner is AI controlled until you hook up second controller

While I liked but didn’t love the game I totally agree, let’s not take a single player game and make it a multiplayer game just because

Hate it when they take a good single player game and ruin it by making it co op thinking it’ll be better. Looking at you Dead Space 3

I guess I’m the minority. I would’ve LOVED to fight hordes with my buddies.

Me too! I've been telling my buddies about Days Gone being free on Ps+ and the first question they all ask is "is it co-op?" I'd love to be able to ride around Oregon mowing down hordes in Co-op mode

My bro and I got high and played Dying Light together online. It was one of the best times of my life. We were scared shitless

The other PS+ game has a co-op zombie killing campaign, up to 4 players drop in drop out whenever, my friends and I have been having a blast with it!

Left 4 Dead let me be part of the horde trying to kill my buddies. I miss that game and hope that Back 4 Blood can live up to it.

Left 4 Dead? The upcoming Back 4 Blood?

Should be single player with a multiplayer option. If not, I’ll pass

thats what they said it'd be

I think it would have been an interesting addition to the game. You can still have a single player based game with co-op. The first one already had missions that made you work with an NPC, I don't see why that can't be your friend or someone else, just don't make it a requirement. Farcry does it pretty well, in my opinion.

I appear to be in the minority that would have loved a coop experience. State of Decay 2 and Dying Light were tons of fun with MP and Days Gone would be better than both if done right in my opinion

I'm with you. A hop in hop out no loading screen, no tethering, coop experience just like what Dying Light accomplished back in 2015 would have been amazing.

You aren't the minority in real life just reddit.

Absolutely hated on reddit even during the demo it's regularly in the top played games on steam. And that's with a massive inventory wiping bug that came with the latest update.

Also worth noting that he adds that Bend was never made a support studio for ND that lost its autonomy. He said the link between the two was simply a collaboration. So, Bloomberg had that part wrong.

I think Bloomberg never said that outright, they just said some people feared that'd be the case.

Like 2 days this whole sub was "Can't believe Sony, I'm going Xbox!" And now everyone's congratulating them on the right move.

Edit: I was making a joke observation. I honestly don't actually care but I appreciate the responses.

Maybe Jason schreier can tone down his clickbait headlines a bit. For a journalist that loves to play the victim he loves to bait people with his stories.

I personally am not a fan of him anyway. The stuff he brings light to definitely needs to be known but I don't like how he does it, I also feel like he's a bit of dick too haha

Check the comments although

r/Playstation
was a lot more rabid. I completely get being bummed by it's cancellation (even though its just a pitch rejection) but you had people saying this was the beginning of the end for Sony and Jim Ryan is destroying the legacy etc etc. It's a huge overreaction to what was literally 1 sentence of information.

Tbh, I was just making a sarcastic comment anyway, clearly struck a nerve with a lot of people.

Context matters, it's different if they flat out rejected a sequel vs. turning down some online co op Hybrid thing.

It’s almost like this sub is a collection of 1.1 million people with different opinions wtf haha

Jeff Ross said it could have been a co-op mode. Meaning it wouldn't have been a whole co-op game

I would love to play days gone coop, taking down hordes together, riding around Oregon, it would be very cool. But live service would probably suck.

Would have loved to explore that world with a friend.

So now the pitch has been revealed the general consensus is that Sony made the right decision. Almost as if we should actually wait for context and not just decide Sony is evil over 1 rejected pitch.

Hmm in that case can we get an addition that adds coop to the first? It would be amazing, though I understand it would require some changes to the story.

Maybe as an expansion with revamped ps5 textures, new weapons/mobs.

I would definitely offer to go horde hunting with someone then shoot them in the leg and leave them to the zoms.

FWIW Taking out massive hordes with a couple friends sounds like a lot of fun.

I feel like I’m the only one around here who didn’t enjoy this game, I never finished it because of how boring I found it

Literally everyone Ive asked and review talks about how boring and generic the first half of the game is they all say how if you stick with it for like 20 hours it gets wayy better I was the same way played a bit got bored and never touched it again until recently I just best it, it really is a great have it your stick with it

That's just ridiculous, I will never understand when gamers say stuff like that. ~5 hours sure fine I can see that but a whole days worth of time to just START to enjoy something? Hell no

Same. I gave it 8 hours and it still didn't click with me

In my experience, the first 10-ish hours are relatively boring but after that the story and quest lines really open up.