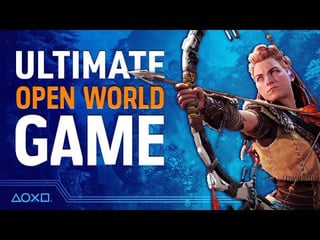 Coming to Play at Home for free on 19th April.

I doubt it as the Decima engine on PS4 is built around 30fps (animations etc are tied into that framerate) so would need a complete engine rewrite, like they did with the PC version to get it running at 60fps, so it wouldn’t be as simple as a patch.

They will most likely release a remaster in the updated engine that they are using for Forbidden West instead of trying to rewrite the engine on the PS4 version.

But I could be wrong and they may already have carried out this work, which could explain the delay on it being free as part of Play at Home.

If that is the case then it wouldn’t make sense to do a remaster - look at Spider-Man and how they haven’t patched the PS4 version to run at 60fps when playing on PS5 but released the remaster instead.

The PC version is already there running at 60 + FPS so i don’t get your point ?

HZD is the ultimate Ubisoft open world. Yes, I know it's not made by Ubisoft, but it is really just Far Cry with arrows and robots. Ultimate open world? Not by a long shot. It's the best of the worst sort of open world games, for sure. It's really just a collection of activities. If you like climbing towers to unlock bits of map, you'll like HZD. If you like collecting hundreds of twigs to make arrows, this is the game for you. But if you want to play in a real open world game, this isn't it.

Really this video is a load of nonsense, praising the color of the icing instead of the taste of the cake.

What's a "real" open world game in your book, then?

An open world game is ideally a collection of systems that allow you to interact with the world. There is nothing you can do in HZD or Far Cry that wasn't explicitly written and scripted by the developer for the player to consume. When the missions are complete, the towers are climbed and the collectibles are collected, then the game is over and the player has no reason to keep playing.

Contrast that with Skyrim or GTA, which have lots of systems powering the world and provide hundreds of hours of fun long after the player has beaten the game, if they even bother to finish. GTA's AI, vehicles, and map design, physics, etc. make the game greater than the sum of its parts.

The Witcher 3 doesn't have much world simulation, but the scripted missions are robust enough to reward exploration and justify the open world. You can start missions in the middle, or do them backwards. The same quest can be launched from a job board, or by finding a dead body, or by killing a monster. The choices you make come back to haunt you later in the game in ways you don't expect. Your actions have an impact on the world.

HZD does none of this. It's a linear shooter more similar to a Call of Duty campaign than to Skyrim. It just happens to be in a giant open play area with activities scattered through it.

What would be some great open world games?

Amen. I'm sick of these pretty yet shallow open world games and HZD is no different from your average Ubisoft game. Yet for some reason it's not talked about in the same way.

I think a lot of it has to do with the story and core combat system. The melee is nothing but the general flow of combat in HZD was another level of responsiveness and engagement when compared to the dreadful combat system in the AC games, for example.

The overall level of polish in HZD made its mark as well.

Yep. In terms of sandbox, simulation and exploration, HZD leaves a lot to be desired.

Which was why I was disappointed by the cross gen nature of its sequel, because it means the ability to really push the boundaries of the open world is going to still be limited by HDD speeds and those crappy Jaguar cores.

One element I was hoping for in the sequel was a jump forward in ground traversal. Limiting ledge grabs to specified spots in the original was baffling. Having to resort to Skyrim-like hopping to get up anywhere... Felt really outdated, and especially when not a month later there was another open world that blew the lid on such traversal.

When that ropecaster tool was introduced, my mind lit up in possibilties. Make your own climbing ropes, tightropes and ziplines, for example. To navigate up mountains, across chasms or create shortcuts down from high places. And the extent you can do this (distance) and on what material (wood, rock, metal) able to be upgraded. So, when it was just used for traps and pins... again disappintment. I accepted there was probably only so much the devs could do on jaguar cores, because what I propose would mean all these custom made apparatus having permenance throughout the open world, which would be processor intensive. However, I remained hopeful with next gen these possibilities can be realised.

But with HFW being cross-gen, I don't have much hope for big leaps in player agency and traversal.

not a month later

That doesn't really get across just how close together these two games released. It was 3 days.

The biggest thing that bugged me about the exploration was that nearly all of the big visible points of interest, like the massive towers or the giant robot spiders draped over mountains, were either completely inaccessible or they were completely empty when you weren't on the associated quest. It actively punishes freeform exploration.

I have to say I put about the same amount of time into HZD before getting bored and moving on as I do Ubisoft games. Around 30-40 hours.

I didn’t feel anything unique, ground breaking, or just overall better than other open world games from HZD. It’s a great game, looks amazing, has fun combat, and is great to explore.. but that can be said for most open world games. I got the same amount of enjoyment and boredom out of HZD as I did Assassins Creed and FarCry.

I just don’t understand why people insist this is the “best open world game ever” other than it being a PS exclusive.

THANK YOU! I tried really hard to get into this game, but with the terrible writing, the copy paste open world activities (e.g. liberate outposts, climb towers, talk to a million NPCs to get fetch quests), and the awful melee combat, I just couldn't get into it. The ranged/trap centric combat is good, and the sound design particularly is excellent, but it really just felt like post-apocalypse assassin's creed. Granted I'd much rather play it than most Ubisoft garbage, but calling it the ultimate open-world game is laughable imo.

Glad other people noticed. I’m tired of people complaining about Ubisoft games and then losing their mind over HZD. It’s incredibly generic.

Insane to me that you and others are getting downvoted for this. It's just a modern day collectathon. It's beautiful, but that doesn't make it anywhere near the ultimate open world.

Yeah I totally disagreed with ultimate open world experience but it’s definitely a great one. Beautiful world, fun combat, interesting story and lore, his points in the video are valid, I just think there’s comparable or better(ghost of Tsushima for me) but it’s also robs opinion and I can respect it.

Ghost of Tsushima is the same shit too, and likewise gets smoke blown up its ass

H:ZD has fun core gameplay loops when it comes to hunting robots, but that’s literally the only thing it has. The writing, character design, world design, variety of enemies, mission structure, etc etc - all garbage fires.

ID: gus65p0
Asking people to watch random reviews you agree with instead of giving your own opinion. Classic case of not knowing why you don't like something
6 ： Anonymous：2021/04/17 00:50 ID: gusfzd1

30 fps, and thus this video means nothing