So I built my new system about 2 months ago with a 5800X in it. I enabled XMP from the beginning, and everything was fine temperature wise. About 2 weeks ago, I had a power outage when I was using the PC. I decided to let it sit for a few hours, and when I came back to it my CPU temperatures were through the roof. I was getting about 75 on boot. and idling in the mid 50s, low 60s.

Yesterday I was fiddling with the bios, and I noticed my XMP settings were not applied. I applied them, and my temperatures are much better, I'm idling at about 40c. Is there something with the infinity fabric that can cause high temps at low ram speeds? I'm not looking for help, the issue is fixed, but I'm just curious if there are any other reports of this.

It sounds like there was some other issue. Maybe BIOS fan curves glitched out along with your RAM OC.

I haven’t experienced anything like this on either setting, though setting the PBO curve optimizer to -10 dropped temperatures significantly.

It's possible. I followed a guide about PBO to try and mitigate temps when they were high, but that wasn't really successful. I do need to try and turn off XMP again and look at the temps to see, I'll likely do that sometime this week.

TLDR: I’m not sure the RAM speed has anything to do with it tbh. The 5800X just runs hot, maybe a 360 AIO would be a better fit for it. Makes sense as they’re pumping 40 watts more per 8 core CCX vs Zen 2s 65w R7 chips. Or perhaps bioses are not fine tuned for these chips voltage wise or something yet, as many of us are running on x4-x5 (or b) series boards that required a bios update for the new cpus to even work at all. Not sure tbh. 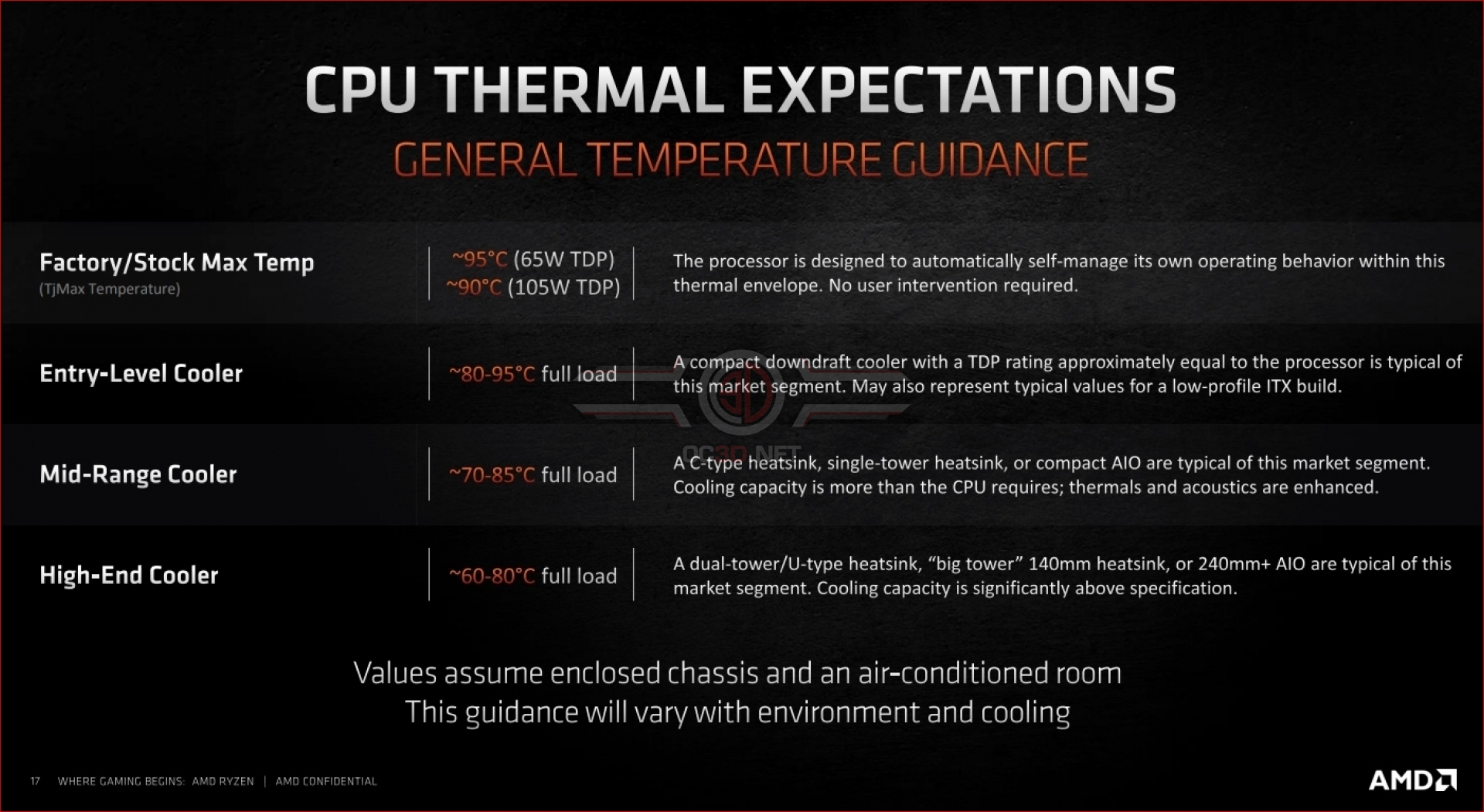 240 AIO should run it cool. Mine is 30-40 idle, 60 under gaming load with a 240. Check your paste and contact pressure? Your result is what one would expect from a low end air cooler. Edit: it will hit 80 under full avx workload in a benchmark.

Well its a coolermaster ML240 AIO, not what i would have chosen if i built from scratch but its what came with the pre-built i bought (only way to get a reasonably priced gpu imo). Maybe the fans on it are crappy but were adequate enough for the 3700x, the pump and block itself look fine though and should do a decent enough job. I applied kryonaut when installing the 5800x and got full coverage but perhaps the mounting pressure isnt enough because i got a bit nervous with the pcb flexing when tightening it down so i backed it off a bit, but i thought it was tight enough.

I’ve heard several reports of the 5800X running hot and displaying the same behavior spiking to 90 very quickly in particularly CB, due to how much power is going to the single ccx. Temps are fine while gaming however, 60s typically. But i def will consider checking the pressure.

I'm on an Arctic Freezer II 360mm AIO which is the best AIO on the market right now and I get low 70's while gaming on Warzone for instance.

This CPU really is a hot boy.

Also worth noting my idle is pretty similar to yours, typically the 30s, sometimes very low 40s if windows is doing something in the background. Also while running the timespy CPU test the max it hits is upper 70s or 80 ish towards the end of the test, Cinebench in particular, and pretty much only cinebench spikes it to 90C very quickly.

How many creative ways ARE there to write about 5800X and heat on the internet? Well done op, you excelled on this one.

I'm not knocking the product or anything, I just noticed this and was wondering if anyone else had a similar experience.

I have one and it's never gone over 65. I think people just freak out or they're running shit ass cases. My i7 laptop runs at 95c on full load, so yeah, the hysteria around the 5800x is total BS.

I mean my 5900x will either top out at 63c or so or hit 90c easily even with a Kraken X73 using Kryonaut depending on my BIOS settings.

PBO will really induce thermal runaway in the right circumstances. Imagine shoving the same TDP into 8 cores on 1 CCD instead of 6 cores each on 2 CCDs, as well. Even with PBO limits set more conservatively, some loads will heat up 2-4 cores which still shows a "high temperature" in hwinfo64/ryzen master, because those few cores have a really high power limit when the other cores aren't using a lot of power.

There is silicon lottery at play here.. so there will be variance from chip to chip. But out of the 4 CPU's.. the 5800X runs the hottest. And having a single CCX with 8 cores on one side of the heat spreader is the hardest to cool.

5600X with 6 cores and lower wattage consumption is easiest to cool. 5900X has 6 cores on both sides of the heatspreader.. it's balanced and somewhere in the middle. 5950X has 8 cores on both sides but it has higher silicon bin quality (and a very high price). In some cases it actually consumes less wattage than 5900X. There is random variance in terms of silicon quality, plus people use different coolers and cases.. so there is no 100% constant rule. But these trends are true in a general sense. There will be exceptions when someone gets a really good chip, or a really bad one. An outlier.

Something odd is going on. The RAM speed shouldn't have anything to do with CPU temps.. other than.. higher infinity fabric speeds should slightly increase temperatures.. because there is more load on the IMC. For example, the easiest way to get highest CPU clocks (OC) is to run RAM at stock speeds (in an optimum situation). The more you increase the RAM speeds.. it will compromise core clocks a bit. In an ideal situation.. you find the right balance for whatever your goal is. If it's gaming.. you can benefit from lower latency timings and higher ram speeds. If it's stuff like encoding.. RAM latency matters less and higher all core CPU clocks are better.

Setting DOCP/XMP on certain brand boards also changes the "auto" values for the SOC voltage and a few other voltages. I know on Asus boards when you enable the DOCP profile it does more than just change the memory speed and frequency, it adjusts the values used under 'auto' for some of the settings.

But usually, it sets them higher, not lower. So I would expect it would run coolest at all-stock, and maybe a little warmer with XMP enabled.