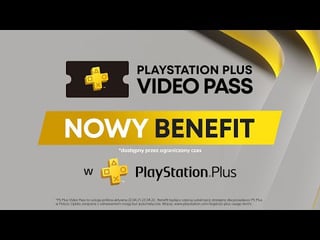 Good for them, are they going to be in 4k?

Then no thanks, keep it in poland.

I know that Sony like exclusives, but that is too much

Its a test run to see if they can win pr while not sinking too much money into it, much more preferable than just rolling it out, spending a bunch of money on it, then all of the sudden our ps plus games just start completely sucking, movies and tv would be a nice benefit but the games come first

Upvoted because this is interesting, but can someone tell me why the hell it's Poland?

Legitimately curious, is there like a streaming drought or something I haven't heard about? Expensive taxes on foreign media or something?

I guess it represents well the overall europe market. I don't have a f***** clue but that's my thought.

Idiots downvoting because it's only in Poland.

Maybe they are testing it Poland,, may expand it later

Of course it should have been worldwide

It's usual for streaming companies to test some features in few particular countries before releasing it worldwide. Also, the app feels so sluggish and amateur that you're not missing out much.

Weirdest thing? SWAT tv show doesnt even have Polish subtitles or any other translation lol

I mean its a test run.

Don't they know poland is a great place to test run new ideas?

Got leaked, people hyped themselves before it released. What else is new

Maybe they're upvotes from Australia.

Sony needs to focus on games and a gamepass alternative not this stupid bs than people don't care about.

Sony has been in the movie and music industry for a long time, and got quite some licenses it makes sense for them to try it, this soft launch is just a test to get some consumer reaction and behavior data.

Nah they don't need too. They will lose money if they make a gamepass. Also you're not a real gamer if you use GamePass.

Gamers should pay 60$ and for SONY games, its 70$. Not paying for these games and especially wonderfully crafted, beautiful exclusive games is a crime. Honestly, it is a crime.

Getting these exclusives for 70$ for lifetime is way better than the 1$ per month.

If you do the math, 6 years of owning game pass costs more than 70$ compared to the 70$ game for lifetime. The worth of the 70$ Sony exclusive increases.

Also, a gamepass by SONY will reduce the quality of the exculsive games, it will make devs lazier, no proper investment will be made, it will be a disaster.

Look at Microsoft and their disaster Game Pass. Their exclusive game called Gears 5 flopped so hard due to Game Pass. It was the lowest quality Gears game ever. Look at Halo Infinite. The gameplay reveal was so poor graphics wise that it got delayed for 1 year. And the gameplay mechanics of Halo Infinite is almost like Combat Evolved. 20 years between Combat Evolved and Infinite and there has been 0 innovation by 343. At least Bungie knew innovation.

Game Pass is a failure and Jim Ryan also said that Game Pass type subscription won't work for them due to the massive budgets they put in making high quality exclusives for us.

How much money you spend on games doesn't determine whether you're a gamer or not. Game pass is good, Sony exclusives are also good. Peace

Also you're not a real gamer if you use GamePass.

Real GamersTM only pay full price! You buy discounted stuff, you're not a true GamerTM

How old are you?

Also you're not a real gamer if you use GamePass.

Lost me at 'real gamer'

Did Microsoft hurt you?

My Series X is basically a gamepass machine (pretty much all of the games I actually purchase are on my PS5). It's a great service. I doubt I'd keep it if I had to pay full price, but a lot of people find it to be a great value even at that rate.

Lol looks like shit. They kept showing the same 3 movies. What a joke. We don’t need this, we need Gamepass competitor.

That's PS Now. It's like a competitor that's in a lower weight class but hey it counts right?

Devil may cry anime could be on this easy. Happy for the Polish folks

But this is only in Poland. And a lot of Sony movies are kind of bad tbh except for like Spider-Man

This is the current lineup:

a lot of Sony movies are kind of bad

That’s a load of shit

It's movies. I don't watch movies like that. Also the 1 year exclusivity for Poland? wtf lol.

It’s out of place and unwanted. PS5 is a gaming console, PS plus is a gaming subscription. We need a game pass competitor not some half assed Netflix

At least it's their own movies so it cost them basically nothing to do it. Plus streaming tech they already have from Funimation