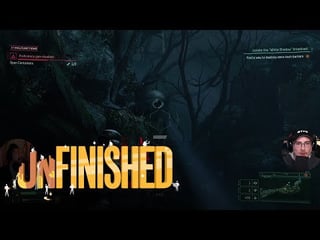 If Brad is excited I am excited

Every single time I come to this sub I end up wanting this game more.

I know that feeling i went from seeing the intial announcement thinking uhh yeah boring. To ok thats kinda cool to damn i really want this game.

I refuse to watch the opening cutscene and fast travel transitions. I skip ahead to not spoil it for myself when I play.

Why the fast travel?

Lol I thought I was the only one doing this.

If they don't have any season pass garbage then I am all for the extra $10. Returnal was questionable for me until I saw all the previews.

Then you don’t want it that bad I guess lol

Him wanting it bad doesnt mean hr has to break his bank like a juvenile idiot if he cant afford it.

Someone says $70 is too much and your first thought is to go to their post history? This is the lamest reason I've ever seen anyone dig into post history on Reddit, bar none.

Who cares about his/her post history, it literally has nothing to do with their opinion on the price tag.

Not sure what you mean.

Why all the downvotes for this guy's opinion?

Just for this game? Or for new games in general? Just curious. Another $10 doesn't seem like that big of an increase to me, but I understand that to some people it may be a deal breaker

I think it’s because we’re really spoiled for choice in general and big sales are never far around the corner. It takes a really rare game like FromSoft or Spider-man for me to grab at launch. Full price is already a big investment so another $10 just makes it even more enticing to wait for sale and play any one of a handful of other great games.

10$isnt much. The problem is that its more like 30$ after tax and currency conversion in my country....

I understand for some games the $10 dollar increase is too much especially for games that has micro-transactions.. and I agree those games may not be the ones that should see a $10 increase..

But on the other hand I would be lying if I were to say that I didn’t think that a price increase on games was inevitable.. prices have gone up before.. it was bound to happen again...

Right now I say all new games. That could change but right now no. I am weary of an increase in the cost of new games and the value of the game not being there. What is the reasoning behind the price boost? Some years back companies would justify the increased cost to development AND printing discs, game cases, material inside, shipping. So when digital games came online did companies lower the cost? Nope. So I will standby.

Every time games or online services increase by $10 I see someone say this same thing..

You’re too short sighted. The problem is it all adds up and we as customers are still receiving the same services and amount of games but at an increased price. The only side gaining “more” in these transactions are the sellers.

Games are still the same length and I would even go as far to say that they have become even shorter despite prices increasing. Still only receiving one game for that $70 same length/shorter.

Increase and maintain quality and then ask for more $$

So many AAA and indie flops and both are asking for more and more!

They aren’t even releasing games “complete” these days due to updates/patches being a thing and or laziness. Also day 1 DLC is still a thing ripping content to be sold as preorde

Gaming no longer feels rewarding and feels as if I’m just trying to stay current with something that lost its passion.. I love games but more often than not with today’s practices by devs I feel buyers remorse and a loss of soul and disconnect from these games...

Games now cost almost 1/4th of the console you’re playing it on.. imagine saying that with a high end PC..

Yawn. Everyone's excited about a new high quality exclusive for their PS5s utilising all the new features and then sure enough there's this guy. Also, checked out your post history, go read a book.

Not sure what you mean by checking post history. I could say the same about you but really don't give a shit. This is just my opinion that $70 is a cost too high for me. Everyone has their own thoughts on different things that's all. I am sure there are tons of folks who agree and who do not care for the increased price tag. If no one cared though there would not be a used game market. Also if yawn why bother responding? Later.

I dont have a problem with games increasing 10 bucks if there are no microtransactions. Europe is kinda getting fucked tho

I will admit, $70 is a bit steep, but if the quality is there, I will drop the money.

Do we have any idea on story playtime?

idk. It would be really odd if they spent all that resource for dialogue/voice-acting, world-building in level-design, and tying game loop to in-world fiction, etc, if they end up doing nothing with them story-wise.

I'm sure there is some story element although it may be minor. It probably has to do more with figuring out why you are stuck in a loop and trying to understand the planet.

Nothing in there says no story. And we've literally been shown parts of the story and other previews have talked about it too.

And the big post about it on the Sony site talked about the story being part of it too.