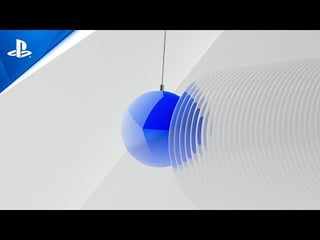 That's a neat way of demonstrating the difference in frame rate to kids, casuals and people who insist that they can't even notice the difference.

how do people not see the difference? I dont get it and I have seen it way too many times.Its day and night.

It's highly dependant on:

understanding what framerate even means conditioning by regularly paying attention to it and habing different samples for comparison eyesight. Some people simply don't process movement in the same way as others do.

I've made an informal test with friends and family who are casual or non gamers and here's what I found.

Without telling them what to look for, people had a hard time spotting the difference in a direct comparison.

After explaining what to look for most people could spot the difference in a direct comparison but had some trouble accurately judging the framerate without reference.

As it stands I have now accidentally turned one person into a framerate whore who previously had played casually for years without taking any notice of framerate but the others still can't make a 100% reliable guess or in one case are still just completely clueless.

And honestly minor framerate drops often are completely unnoticable even for me.

There are really three answers to this. Lack of exposure (people who game once a month), eyesight disability, or just plain ignorance.

Casual ppl can’t tell the difference due how they game . Most of them playes 2-6 hrs total in aweek so can’t notice the difference from 1080p to 2160p . Fram rate should be noticeable though

"The human eye can't see more than 24FPS" was always my favourite.

You don't need to remember the ps3 times, console fanboys were saying this prior to the release of this gen

Did they just make a video about "High Framerate" then lock said video to 30 FPS?

Pretty sure it’s so that they can use every part as a separate ad. (Or so I have been told, here, on reddit)

just milking it for more marketing. nothing beyond that.

Some guy in marketing is probably convinced that people have exceptionally short attention spans (and they're probably not wrong).

the gaming industry is fuelled off of ADHD

Neither is the native 1440p support 🙁

I swear to God these ads are a master class in advertisement.

Even when Sony knew they'd be #1 based off internal data they will spent millions on incredible advertising. Talk about boss mode.

I mean everyone knows what coke is but they still advertise... pretty normal thing they're doing and it costs nothing to post on YouTube...

And you’re already paying a marketing dept/firm, why not use it

They definitely need to sell 120 PS5's per second

Would be nice, that would be how much they sold since release in something like 6,45 weeks, consoles for everyone 🙂

All these videos are cool, but...why now? It feels like they are 6 months late.

How's it 6 months too late? They've still got another 100 million consoles to sell to tie the PS4 yet.

Wasn’t it just released in China?

I´m convinced that they´re just trolling at this point. Yesterday we got "4k-TV Gaming", today this. Whats next? "Controller with buttons" ???

What we actually need is a "Now in stock" video.

My bet is just that it's for a commercial

huh? these videos are just segments of the long video from the other week. we already know what videos are coming.

Unless you have a way of stopping the worldwide pandemic we have been living - you're shit out of luck.

The majority of games on ps4 were 30fps so how is this trolling?

Well, time to commit a war crime...I really don't think 30fps is that bad. Like, sure I enjoy a higher framerate, but honestly, I'm fine with 30fps. Hell, if the game gives me an option between higher graphics at 30fps, or lower graphics at 60fps, I might choose the 30fps mode.

I hear people say how they'll never play Horizon or The Last Of Us II because they can't stand 30fps, and I just have no idea what these people are talking about. It honestly looks alright, I'm just not seeing the big issue here.

It definitely depends on the game and the person. I don't mind 30 FPS for a lot of the games I prefer, such as Sony's heavy-hitting 3rd person story games. For the most part, the gameplay isn't fast enough for the frame rate to really hinder the experience and the improved graphics can make the aesthetic staggeringly gorgeous. But for other games, such as FPS's where you want to be competitive, higher framerates are preferable.

But I think people who say games are "unplayable" because they are 30 FPS, even though they've never actually tried the game, are being obtuse.

Some people just don't see the big difference. When I got a new TV I did not know it used interpolation from factory settings.

But I noticed right away that it wasn't looking like usual, and thought it did add additional frames while watching a movie. While my dad did not see any difference.

I have however played Horizon for a few hours and yes if you can't compare it to 60FPS it works alright. The motion blur and slow and controlled turning while using a controller compared to the flicking of a mouse makes it tolerable.

But I know the difference is still big and therefor I will be waiting to see if they will drop a PS5 patch some day.

I am not saying you are wrong. Just that you may experience it differently.

Im with you on this

After you’ve gamed at 60fps for yearsssssssss it’s hard to go back to 30fps games. Doable but hard

really depends. I have no problems with 30fps in slow or slower games when they are consistent and i grew up with playing games most of the time in the 25-45 fps range back then on my PC.
But fast racing games on 30fps just feels so fucking wrong.

Yeah except for Sony Studios games that refuse to patch their games to 60fps because apparently changing that one line of code that uncaps it is hard to push (and don't tell me otherwise, modding is a thing, we know how it works). And worst of all the people who will actually defend it like "they have other things going on" yeah right.

As someone that's a web dev, a. changing one line of code can break everything b. it's obviously not as simple as that for web dev, let alone game dev.

The only counter necessary for this "argument" is this: a modder removed Bloodborne's 30 FPS cap and it broke the game. Literally unplayable. If games are designed with unlocked framerates, doing this is simple. Not all are. A lot more games than you think have tied everything to 30 FPS. You can't just change 1 line of code.

The amount of people that think you just change one line of code to fix any piece of software is TOO DAMN HIGH.

Unless you're a developer or have a CS degree, gtf outta here with this "it's just one line of code" nonsense. You are talking out of the wrong hole.

Also the same bullshit "fixing this bug should be easy" yeah dude but fixing one specific bug can lead to 20 new bugs somewhere else.

ugh god, the chads in here. I just don't even. Listen, I love when I can get 120 fps, but with high fidelity games that's going to be rare.

A few points to make to all the studmuffins here that think they know everything about frames and seeing the difference.

Firstly, movies run at 24fps. Most people don't notice. That's because there's no frame stutter, there's motion blur, and straight panning, where frame rate would be most notable is rare.

Same facts apply to a lot of games. First and third person games are more dominant than they've ever been, and because of this, there's a lot more games where the difference is a lot more stark, but good games locked at 30fps apply blur. Almost no one complained about high fidelity ps3 games being 30 fps.

Some games are running lower than 30 fps, but are considered 30 fps because no one cares to really nitpick. Depending on what console you are on, bethesda games are most notorious for this.

This is the second fps 'test' I've seen, and for those that have seen the other, much more accurate one posted on reddit gaming, both are just straight left to right, right to left movement. Yes, it will be most obvious then. In fact, you could tell the difference between 120 and 240 using such a technique, which basically illustrates how irrelevant that is.

PC games tend to leave out low fps optimizations, instead expecting everyone to have a good enough setup to play at 60fps min. So of course they get the saltiest when people say they can't often spot the difference.

And finally, this and other communities need to get their priorities straight, because you can't have it all. 4k, RT, 60fps, pick 1.5 of those.

I've just sold my PC and will be purchasing a ps5 when I can but was always on console up until June last year .

The difference is massively noticeable from 60 to 120/130 frames ...absolutely massive .

Hey ain’t nothing wrong with a RT mode, I like the shiny thingies

Sony has to be teasing all of these for something big right? Like there's no way they would advertise all of the same features again for nothing. The PS5 is selling out regardless so there has to be a bigger thing coming down the line right?

Dont has to cause campaigns like that are planned long before launch.

It’s a dream come true to see frame rate not only prioritised but prioritised to the point it gets it’s own trailer!!

I have a 165 fps monitor and I honestly can't feel the difference after 100. Sure 360hz is good for competitive gaming but I don't need my ps5 to do more than 120. What I want is VRR support.

Okay can you build that PC for $500 though

Can't get a decent graphics card ATM, so definitely not.

Pretty amusing that an ad highlighting higher framerates on console, something that you seem to agree has significant benefits by the way, has you making sure everyone knows PCs are better. We're on a gaming console sub, we all know PCs are better. Take a look at the Steam hardware survey, acting like everyone is rolling with 3080s is pretty misleading.

It's still high, though.

All those frames and you still act like this. Shame.

wtf I thought the highest was 240FPS and that people were trolling when they said 300 FPS monitors.Kinda dissapointing that alot of console games are still locked at 30FPS

240Hz is standard for gaming monitors. Even gaming laptops come with 300Hz displays these days and the high end Asus laptops have 360Hz.

Cool, but no games to play beside free boring battle royals. I’ve finished everything else

Borderlands 3? The improved loading and the 60 FPS makes it play so much better than the PS4 version.

No Mans Sky would probably look incredible on the PS5.

When you raise the framerate the responsiveness feels better because you are getting a more fluid view of whats going on instead of staggered frames.

So even if my 4k monitor is 60 hz I would still get something out of playing the game in 120 fps? I don't understand how exactly this works. Can you point me to a video that demonstrates this or something?