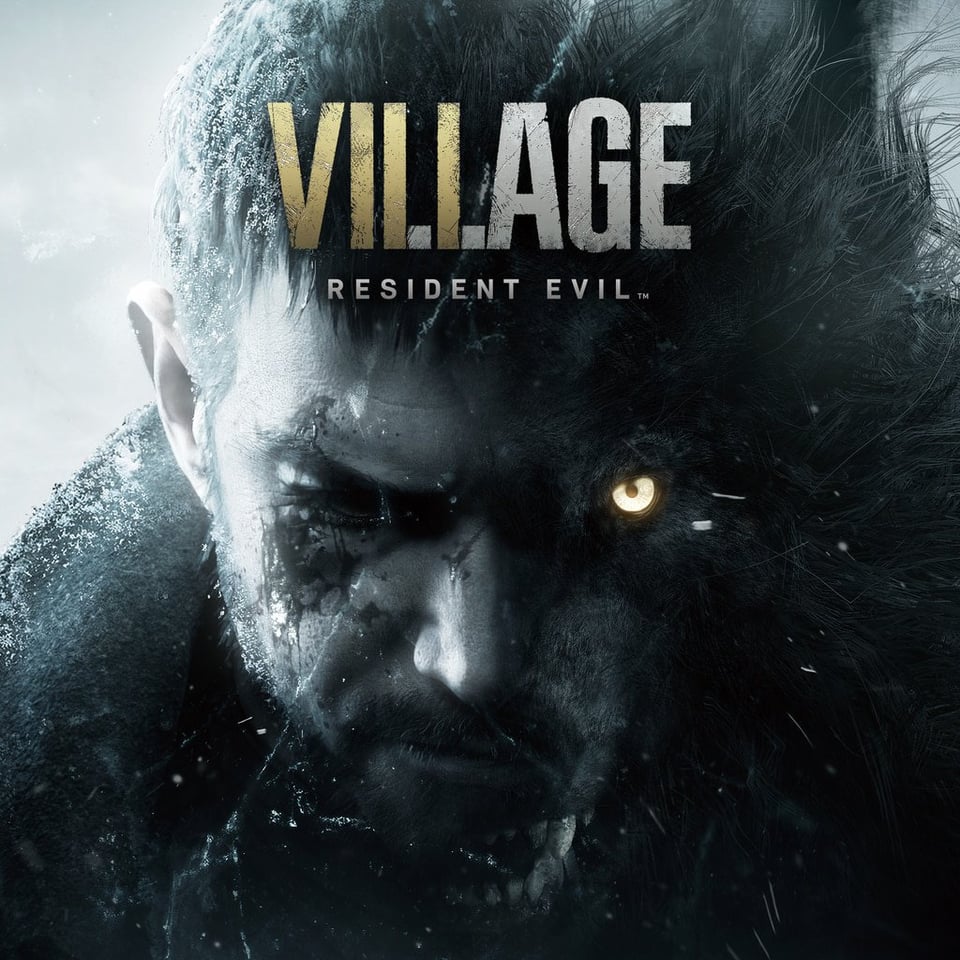 Set a few years after the horrifying events in the critically acclaimed Resident Evil 7 biohazard, the all-new storyline begins with Ethan Winters and his wife Mia living peacefully in a new location, free from their past nightmares. Just as they are building their new life together, tragedy befalls them once again.

Shouout to anyone who got through the doll house with shitting their pants.

You ain't cool, unless you shit your pants.

Overall, I didn't find that portion super freaky, but I was a bit buzzed from beer.

I almost shit my pants when giant baby monster entered the doorway. I noped out so fucking hard and had a "Hold up, wait a minute" moment where I had to pause to collect my breath.

glad i’m not the only one that hated the doll house. honestly thought it was scarier than the castle.

I love it so far. But one thing about house beneviento.. what the FUCK.

LOL, All I can say is fuck that place.

I loved it. I played through it at 2am with headphones and it fucked me up.

I’m fucking loving it so far

Love the game but I wish you could direct the flashlight. Why the hell is he making it ankle height instead of where I’m looking.

Wasn’t this explained lore wise with Ethan being infected with mold so he has regenerative powers or some shit or am I trippin? lol

Yeah, pretty sure he was infected in 7 which is why he has crazy regenerative powers and was having visions of eveline as a kid which is one of the side effects of being infected

I always loved the idea that no matter where you get hurt he still dumps it on the arm too. Get smacked in the face? Just dump some stuff on your arm lol.

This game is definitely much more action oriented, but don't let anyone tell you it's not as scary. The atmosphere does a great job of adding to the horror. And holy fucking shit... I'm at the Beneviento house how. This may be more terrifying than anything in RE7 imo.

Just got started and I feel pretty bad for Ethan. No one tells him anything, yet he keeps getting caught up with all the weird things. Mia throwing a tantrum at the start saying you don't understand... well yeah duh! since you won't talk and say anything when asked!

For anyone in UK, Tesco are selling all platforms (including PS5) for £40 when you use your clubcard.

Honestly a 9/10 game but the whole story went to shit due to chris imo.

As chris even said in the end, he should have told ethan about the plan. The whole game wouldnt exist if chris spoke to ethan for 10 seconds about what is happening instead of telling him to get the fuck off constantly.<

Is it even a Resident evil game if it doesn’t fall apart at the end?

Just finished the first major boss 3 hours in. So far it’s pretty good. I thought the weakest parts of RE7 were the action bits and the uneven tone, and fortunately the action has been solid so far and the tone has been pretty consistent. It’s not nearly as scary as RE7 unfortunately, but that hasn’t really ruined the experience. So far it’s a 8.5/10

Edit: I take back saying the game isn’t scary. One part of this game scared the absolute shit out of me. If you know you know

Edit 2: I have just finished the game. I have mixed feelings for the last 2 hours of the game. I feel like it was very rushed, and it wasn’t fleshed out enough to get any emotions out of me. Also the story was kinda stupid, and some of the most basic questions I had were never really answered. Other than that though the game was very solid. The exploration was fun and rewarding, and the different places you visit were stunning. I give it a 7.5/10

You've felt the terror of the dolls too I see

Dolls are nothing you know what he's talking about

Played only on PS5 as of the moment, long time resident evil fan, grew up playing Resi2/3/4 etc just in case anyone with a similar background was curious to buy the game.

All in all my heart tells me after playing this it deserves a solid 9/10.

I’m going to preface this with - I personally didn’t really like resident evil 7. I very much appreciate Shinji’s approach to the Resident Evil franchise, a fine balance of action and horror.

Resident Evil 7 for me felt to much like it tried to hone in on PT/Outlast. With a shake of Resi on top.

Anyway - Resident Evil 8 for me is an absolutely stellar title if like me you thoroughly enjoyed 4. The graphics and art styles are fantastic considering this is a cross gen title.

I had no issues with HDR on a rather basic 43” LG6300UK, my blacks were nice and deep and I never felt over contrasted or to dark in any one zone. Lighting is utterly superb, especially in the castle.

The attention to detail is another thing that genuinely surprised me, yes texture quality can suffer when you get up close. But honestly it’s not that bad and for the most part I found myself admiring the creaky shacks or the grand softly glowing chandeliers in the castle.

Movement feels fine to me and I understand the reasoning behind it. It might be worth me pointing out that there is a way to make Ethans movement faster through an upgrade from certain bits and bobs.

I never found myself getting ‘caught’ on objects but rather getting disorientated at certain points which I personally love. Speed is more than enough to kite and move around any enemy even the Lycan’s.

Gunplay feels good, the haptic triggers give the shotgun an almost heavy punch feel with the tension being fairly strong if you softly try to pull the trigger after using the pistol. I was happy to just see that it was incorporated anyway.

Sound - Brilliant, I used the 3D Audio with my Corsair HS70 pros. I could hear crows fluttering away and birdcages swinging, gun sounds were a tad lacklustre but if I’m being honest they’re neither terrible or brilliant. I’m just nitpicking.

Bosses/Enemies and NPCs - I found myself really enjoying the characters in 8. I won’t divulge much in case of spoilers but at a few points I actually felt a tad bad. NPC’s are rather few and far between and don’t get enough time to build any real chemistry, but I’m not here for them.

Enemies in Resident Evil 8 felt brilliant for me, the varieties there and the way they incorporate different movements and behaviour is actually intimidating on higher difficulties.

The way the Lycans will stalk you, the old crones as I call them in the crypts of the castle , you think there’s one or two but suddenly you see three, four, no five all swarming around you and cutting off pathways.

As usual with Resident Evil the boss fights are these grand events and this game doesn’t disappoint in anyway, the usual mixture for these is here for some bosses but there is one in particular which took on a really great approach and was A. Super creepy and B. A nice change of pace.

As I said above my heart wants to give this a 9/10 I’ve loved every second of it and will be going back for a knife only and under 3 hour speed run followed by the hardest difficulty run.

I took my time with the first run, finding my collectibles, admiring the buildings and settings, reading the notes etc.

I genuinely find it hard to nitpick this game because to me it’s spot on how I’d want a first person resident evil. Some peoples grievances are what imo make a resident evil the game it is.

Each to their own though, so obviously try to go in with an open mind.

Amazing game, that one monster in the doll house though… shudders

A weird mix of RE4 and RE7. It is a good game with some replay-ability; but to be a truly excellent game I think it needed to pick either being more action centered and over the top like RE4 or being more horror and tension focused like RE1 and RE2. I like that it was trying to be a homage to RE4, but the first person has got to go, unless they are going to fully utilize VR.

Anyone else really like the factory section? People seem to think it's boring and goes on too long, but to me it didn't really feel like all that much. Plus, I like the idea of the enemies you fight becoming more and more advanced versions of themselves the higher up the factory you go (regular zombies - weak spot on chest - weak spot on back - with jetpack - completely armoured - spinny blade face guy).

Enjoying it but the FOV is absolutely awful.

For those who’ve played it, strange question. But how intense is the baby stuff? My wife and I have gone through some times lately and I’m a fair more sensitive to that stuff than I used to be.

I gotta put my hand up and say this game is great. I was one of the naysayers as I really didn’t (and still don’t) like RE7 and expected more of the same. But RE8 has been a lot of fun to play, awesome environments, great audio but not a whole lot of scares. I seen a lot of reviews say it drags in parts but for me it never did, I enjoyed my whole time playing it, except it does get a bit too shooty shooty towards the end. I wish it was longer, but overall I liked it and would recommend it not just to RE fans, but to people who enjoy FPS games with a bit of focus on story and exploration, and fans of the horror genre.

Is there a bug where rooms remain red after collecting everything or I am blind? There is nothing left in the gardener's house and it's still red...

I enjoyed it more than RE7

Someone please tell me what is the best way to adjust HDR?

The settings are too bad and I don’t seem to get the best HDR output.

benevento's house scared the shit out of me

I just finished the game and I loved it, even though it wasn't something I was hoping for and/or expecting.

They could've fleshed out certain characters a lot more, but they defin. fleshed out both Chris and Ethan. Also on a side note, I LOVE the character model of Chris right now as well was his behavio

It is a LOT more action-focused than horror, but the settings, environment and the way they deal with darkness and sound queues along with certain moments really had some ''eerie'' moments, not so much horror though.

I liked they tried out new things, more action, exploration, replay value etc.
I'm really interested in the next story of their game, the universe seems to be setting up really nice and interesting.

Capcom are a bunch of liars. House Benevento was scary as fuck, it's pretty much Silent Hill demo.

First hour is creepy as fuck I’m getting too old for this type game.

That fucking crow gave me a heart attack dude

Anyone saying the game isn’t scary hasn’t gotten very far. The second main area after the castle is nightmare fuel.

I know exactly what you're talking about. Whoever designed the look and sound of that thing, great job but fuck you.

Can someone confirm that the game is not riddled with bugs so far ? Capcom is pretty trustworthy but you know how things are nowadays.

Nothing 3 hours in. Oddly enough.... there wasn’t a day 1 patch. At least not as of last night.

I did not find a single bug in several hours.