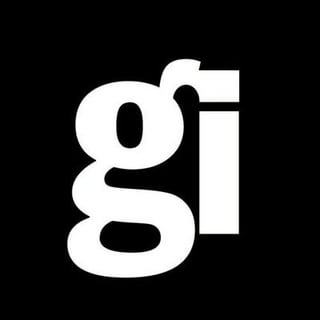 Important to note these are boxed charts only, for the UK alone. That said

Damn a lot of people have PS5s over there don't they?

I couldn’t find a copy of Returnal anywhere, out of stock in every shop I went to in Scotland. Last time that happened to me was GTA: Vice City!

As much as people here love to complain about stock we are one of the countries with the most ps5's. Just goes to show how well it's selling.

I got my PS5 when I was living in the UK, at a woman's apparel store. I went in to grab something for my girlfriend for my trip back stateside and there is was, on launch day. The girlfriend and I broke up, but hey I still have a PS5.

Well it's actually more like people who are early adopters of a console are also who like to buy the game day 1. Same thing happened with Miles Morales sale, the sales on PS5 outsold sales on PS4, which actually don't make sense to me because the game had free upgrade and a PS4 disc can be used on PS5 but not vice versa.

Xbox is pretty much limited to NA in terms of sales, no?

That's worse than even Hitman 3. Software sales on Xbox are really tanking this gen.

Edit: Okay so even worse is the fact that despite selling only 20% on Xbox compared playstation's 80% it was still the second biggest launch for XSX.

GamePass is a bit of a double-edged sword in that regard. A lot of people on Xbox I feel simply won't play a game if it isn't on GamePass. It's great value for a rental service if the games you want are showing up, but it makes the userbase not really care to buy software.

And here in the UK is probably the 2nd best major market for Xbox after the US. I wouldn't be surprised to see more third party timed exclusives this gen, take the exclusivity money from Sony and bank most of your sales on PS5 (or PC), then take Microsoft's money for Game Pass later.

Is it necessary to play RE7 before this one? I have it but I am determined to play it through VR it's just too fucking scary but I'll get there.

Edit: thanks for the feedback guys, I'll def play RE7 first.

They’re connected but RE8 has a recap of RE7 at the beginning of the game so if you wanna jump right on in you can. Both are great games though and definitely worth your time.

I didn’t play RE7 and I feel just fine narratively. A lot of this stuff borrows from basic film tropes and such. You play these games for the atmosphere really.

Don’t get it twisted though I’m def playing RE7 after this.

I haven't played 7 yet and have had 0 issue enjoying Village.

They have a short video before RE8 that you can choose to watch that briefly sums up RE7. But come on man, you gotta play 7. It’s so good.

this was the game i was looking forward to most when i saw the reveal last year.

and im not even that big of a resident evil fan. been loving it so far. i played 7 a little bit but didnt finish it, so i'm def gonna go back to it after im done with this one.

RE8 definitely hooked me better than 7 did. I didn't finish 7 yet. lol.

8 is just a more interesting game, 7 was good but it didn’t have the character that 8 has.

8 is more of a true Resident Evil imo. I really enjoyed 7 as well but felt like a different franchise at times. 8 feels like they took the best parts of 7 and mixed it with 4.

Yet another game where PS5 sales are already well outpacing PS4 sales.

Yeah, people really do underestimate how many casuals are on those 100+ million PS4 consoles. The hardcore PS4 user base was moving to PS5 as soon as they could. The casuals stayed behind, thus the sales difference.

I honestly believe this is the case for a massive percentage of ps4 users.

That is a bit oversimplifying things. There are still many hardcore gamers who are waiting to get a ps5. Also these are just physical sales analysed in the article

The casuals stayed behind

PS5 are out of stock everywhere.

Stayed behind my ass.

No way, I'll have you know everyone on Reddit/Twitte

r/Facebook
says that no one actually owns a PS5. The entire supply is sitting on scalpers warehouse shelves.
ID: gxmrhim

Yep, just like Hitman 3 and Outriders. Yet this is a lesson people refuse to learn. There will still be people arguing late this year and into next year that cross-gen games are going to sell better on PS4 "because of the install base."

Coincidently it's also the third game to launch for the PS5

I think I can speak for everyone though when I say there aren't many new AAA titles and we all just want something new to play on Next-Gen however.

True. I never really played RE before but picked up Village day 1. Don’t regret it, it looks beautiful on PS5.

RE 7 is free with the PS+ collection on the PS5.

Demon's Souls, Returnal, Astrobot, and a few cross-gen games (RE8, Miles Morales, etc.) are really about it. 99% of my time on the PS5 has just been PS4 games where I appreciate the load times.

Speaking of load times, I was amazed at how fast saves/loads were in RE8. Felt instant.

Yeah. That combined with RE being a well-known franchise and I would have honestly been shocked if it wasn't one of the best selling games on PS5 so far

One of the few AAA games for new generation consoles

RE8 has been an absolute blast. PAIR this game with the 3D pulse ps5 headphones (or any good headphones especially if they have 3D audio capabilities) and holy fuck, it’s the scariest game I’ve ever played but SO addicting.

It deserves it. It’s the funnest game I’ve played on PS5 so far. I’m on my third run and I’m still loving it. Can’t say the same about any of the other games I’ve had that are single player.

It has the scariest and creepiest moments of the entire series in the second area hands down. Every section does horror differently and even the low points (Lord 3) has a lot of puzzles and tension while going across the water knowing you can be eaten at any time.

People complaining about lady D being marketed a lot but being barely in the game didn’t pay attention that she was going to be a small section and always was she still has the second longest area for the lords. This game is about Miranda as the big bad not Lady D. They didn’t want to spoil too much which is why we didn’t see anything about the other two lords at all in trailers and VERY little of Miranda and Heisenberg.

It’s like they took everything that was great about older resident evils and combined them while adding onto that.

This is the first complete feeling story resident evil has released where there’s some closure and very interesting characters. Having 8 fully fleshed out characters with their own personality is not a usual thing for resident evil games to have usually.

I loved it. Was getting a lot of resident evil 4 vibes from it. Shooting gems, currency system, european setting, interesting merchant etc.

Inventory management is by far the best qol change, no need to juggle key items, crafting items and weapons all at once anymore!

Basically fixed every complaint I had about 7. Enemy variety was there finally again. A lot of resident evil 4 vibes but also a ton of stuff from RE7, REmake 3, original Remake, RERev2, and I like how it expands on the lore without changing anything or further confusing things.

Agreed on everything (thought I'm only currently on Lord 3 so far). It's a ton of fun, and has a perfect atmosphere for me with my favorite kind of horror and aesthetic. I love the combination of gothic horror, and creepy fairy tales, with a cast of wacky characters. It's great.

And yes, one part of this game (you know which part I'm talking about if you've played it) is hands down the scariest part of any Resident Evil game ever, and maybe even one of the scariest video game portions I've ever played.

So if you remove the sales of copies purchased for Xbox Series X (probably more than half of the Xbox sales, but let's assume it's even just 5% of overall sales), the PS5 version outsold the PS4 version and the Xbox One version combined. So much for the "but teh install base!" arguments.

The game is freaking awesome

This is honestly probably my personal game of the year!

Have some free time this week so I was debating on what should be my first official PS5 game buy - Miles Morales or RE8.

Went with Morales since I loved the first Spider-Man and felt like I was in the mood for a lighter game. Plus, I figured that RE8 will go on sale sooner than Morales and I can pick up then.

But now this thread is really making me want to grab RE8 also...

Update: just bought it. Damn you all

Game fucking rules and deserves it.