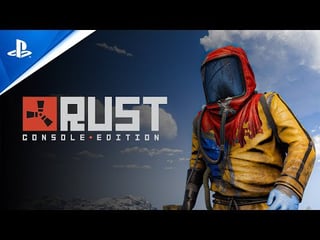 would be fun with buds, but it just doesnt look worth the $$ at all.

far too clunky for me to pay 67 smackaroonis

frances favorite meringue based confection and fight move, the smacaroon

Ah, the excuse of every shit game ever

“Well its fun if you have friends!”

What a great marketing tactic shit games found, convince peoples that the issue is having no friends so they get others to dump money into it.

It looks terrible and every video posted is laggy as fuck. This game is not worth more than 10$ even with 6 billion people

thats fair, i played the beta and just cant get past the movement. if that's improved i'd love it, i love proximity chat

Will It have cross play? All my friends became PC players this gen, I'm the only standing with the ps5

I've been watching popular youtubers and streamers play this game for the past 2 years. So naturally, when the game was announced last year for consoles, I was stoked. Me and my friends waited patiently for news of it's release. Months go by and... nothing.

We pretty much forget about it until early this year when rumors started to circulate that it would release in the spring. We were so excited and extremely ready for it. So when it was finally officially announced, we decided to all get the deluxe edition together. It included the pre-order beta, skins and Early Access. We thought it was going to be amazing, and welp, it wasn't.

So far, the beta was absolutely terrible, we got kicked out after 5 minutes of playing in a server. We can't access any skins. The Early Access was literally unplayable. And so far today, the regular game is a crapshoot and a glitched mess.

Save your money, this ain't worth it. You would be losing cash that you could've spent on Returnal or Ratchet and Clank: Rift Apart.

Are these the same guys who made DayZ? It looks like dayz, in that it already looks like it came out over 10 years ago, with gameplay that was plucked from way before even then, and like it could use a few more years and some senior developers before it's in a release-worth state.

But some people are looking forward to it, so guess there's a market for it.

It's not created by the people behind DayZ but it has a LOT of similarities - down to even the graphics.

This is easily going to be PS3 GOTY

Just played it for a good chunk of time and having no issues at all. I'm fully addicted.

I can’t tell if this will be like Stranded Deep or an awesome game.

I was enjoying Stranded Deep, until I saved at my shelter and the next day my save didn't take for some reason... haven't played since. Could've been a fluke or something I did wrong/didn't do i guess.

But yeah I was really looking forward to playing Rust on the PS5, but so far after seeing gameplay and reviews all I can say is I'm glad I didn't preorder it. Maybe I'll grab a used copy if/when they polish it up a bit