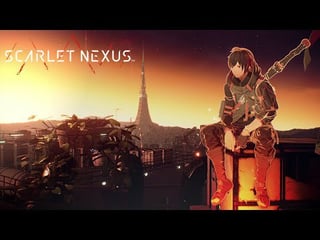 I had 0 interest in this, but the demo has me hooked.

Still won't buy it at full price, but it's on my radar

Sadly didn’t like the demo. The movement and camera were too floaty for my taste.

The camera is terrible. Good thing you can unlock it in the options menu.

Reminded me of Genshin Impact in a bad way. Story and plot also seem mega unoriginal

Same here, and the moves were too flashy as opposed to actually dealing any sort of damage that it looked it should have done.

I dunno about that. The R2 magnet move and all the team attacks felt quite impactful on DualSense.

The movement felt sluggish because of the delayed input. Also the combat always turns into button mashing.

Played the demo and immediately had fun once I fought my first enemy. I love the way the combat feels compared to other games of it's type as of late.

Tried the demo and thought it was ok but will probably skip it.

I really hope this game does well

Honestly can't wait for this. Loved the demo

I love dmc, platinum games, and even the last nier. Coming from those gameplay, to this, was pretty disappointing... It seems like astral chain, but with even less oomph and too many cutscenes moves.

You basically spam an autocombo with bad feedback and stiff movement, then press R2 to do more damage (it actually uses psychoc powers to launch objects, but it's not like it actually matters. It's press a button do damage. Maybe if they have a shield you could hit them from behind? In the demo it doesn't seem important)

I don't know if it becomes better after the demo, but for what I've seen it's just a very cliche anime story with bad combat taked on

This seems a bit disingenuous?

You can describe any action game with a basic combo and other abilities this way and ignore the other options of things you can do and the various ways of chaining them together.

Hell you could say in dark souls you just dodge away from attacks and basic attack back during openings for every encounter.

The demo also shows you the skill trees for the characters so you even can see the various changes added there and it's not some mystery.

It's a feeling of feedback man, it can be as complex as you want but if the feeling isn't right all crumbles. Even dark souls would have sucked for example if for example your character stayed stationary while attacking, like skyrim, or if the enemies didn't give a feedback through hitstun, like skyrim.

Also combo systems work best in my opinion when it's required to find the right combo loop to coninue it (eg if you push them too far you have to follow/grab/shoot to continue the combo). It's more satisfying this way, and honestly it doesn't feel like scarlet necus is going any way with it's powers.

Psy ops was a game for ps2, and had a much kore fun physics based system for telecynesis, you actually had to control the direction yourself, which was quite satisfying when you managed to align some enemies and hit the line from the right direction... Strike like at bowling!

And the movement is what did it for me. It's so clunky, when I go back to nier I feel like flying compared to this game. Try them both one after another then you understan what I mean.

Nier though doesn't have a very complex combat system like dmc or platinum games, but it still gives a good feedback with the magic punch for example.

Decided to define their genre as ‘Brain Punk’ ... ? lol

Tried it, liked it, died and I was sent back back too far to redo all that bs so completely killed my interest.

What difficulty were you on? I did the default and it was incredibly easy.

I had issues with the ones that his on tho box but other wise not too bad. I also died and was sent back to the start of the fight

I needed this before playing the demo.

But I'm glad I kinda get what it is now.

I don't know why the bad guys in japanese games always have weird names though "Others"...

I found the demo to be ok. I'l probably skip it or wait for a discount.

Gameplay felt like it was drawing inspiration from a lot of previous games. I even got some Force Unleashed vibes with those Telekinetic Powers.

Quite enjoyed the demo as a first level kind of thing. I can see how the game could end up being really good, but also how it could become stagnant if engaging new combat mechanics aren't introduced through out the story.

Adding a social sum to the game sounds good too depending on the quality of writing for the characters.

Keeping my eye on it, but holding off on getting it day 1 / pre-ordering until we get feedback from people who have played the full game. Hoping they exceed most expectations and the game turns out to be a hit

These controls remind me of dmc5 or ff15, where I cant see where the fun is with these awkward combat systems. Glad other people enjoy them but it's like kryptonite to me

I'm sorry, are you living in the same reality as everyone else? Dmc and fff15 are incredibly different, ff15 is stupid easy overall.

Is the combat closer to DMC or Nier Automata? I just couldn't get into the combat of DMC as I was really just not good enough for all the combos. My fingers just aren't dexterous enough. However I loved Nier Automata.

Theres no complicated combos or anything like that you just attack with basic combos and throw stuff at enemies and sometimes activate team members special attacks or buffs. More like nier from your comparison I suppose

Neither, it's a couple of very stationary preset moves. You can time them together to do stuff with a stamina bar, but that's about it.

Definitely closer to NieR Automata, but not really similar. Reminded me of Genshin Impact the most