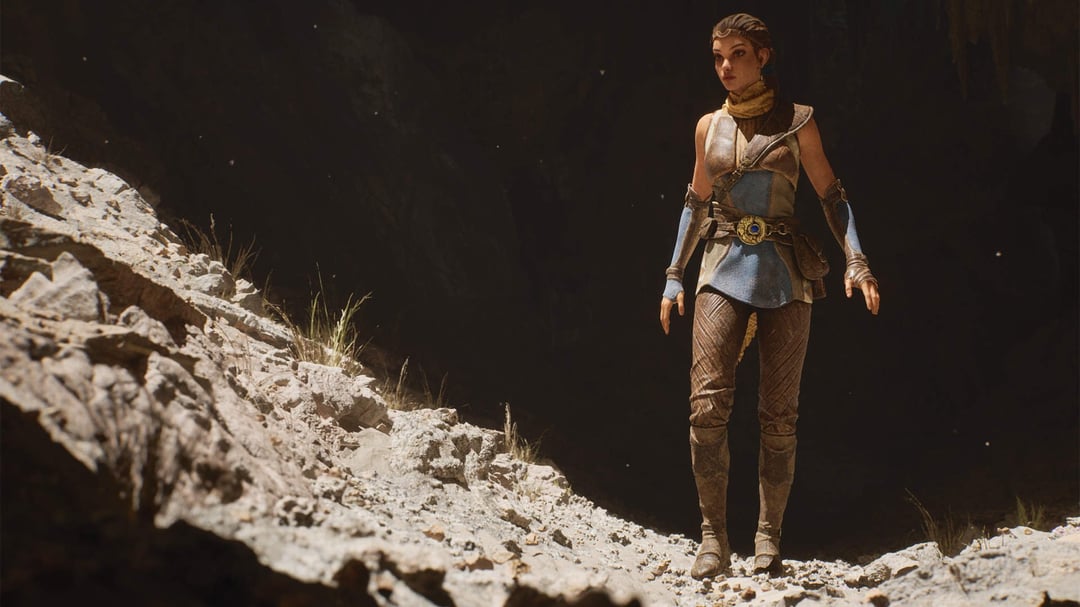 Why not just post the Digital Foundry video. You can gain a ton more info out of there than from this article that is poorly written and not even accurate in some stuff.

FSR is not even used in the demo.

TSR is used, not FSR

Do you have a link?

While that's nice I suppose, I was really looking to see that claim be at native resolution. I mean, hasn't the 6800 xt already been shown to outperform the 3080 at 1080p? Plus I would certainly hope the 6800 xt makes use of fsr better than Nvidia would considering its an AMD developed upscaling solution. All in all a bit disappointed in the article.

Edit- The article is misleading. As pointed out, FSR wasn't used.

Taken straight from the article: 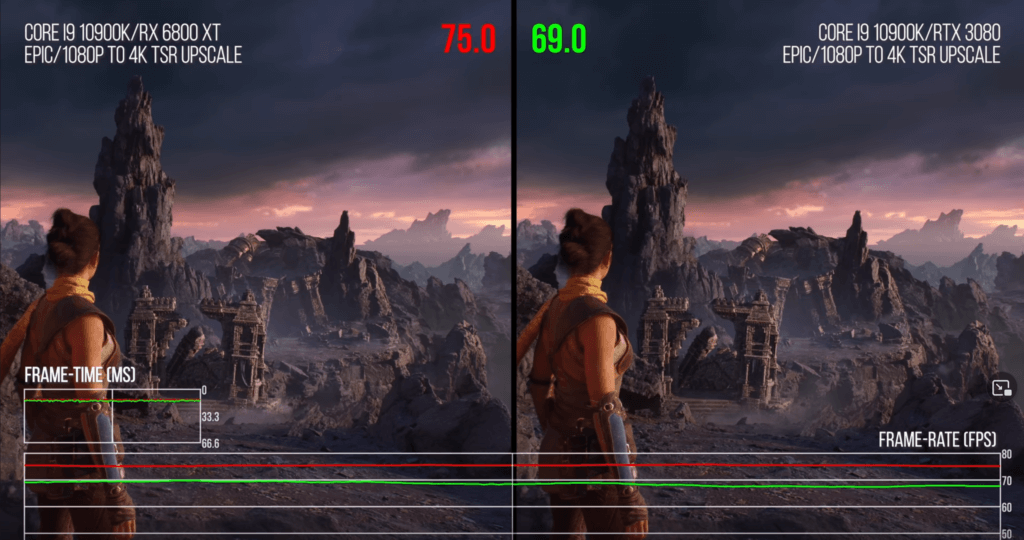 Yeah, its been pointed out to me that their writing wasn't in line with what was actually used. Suppose I should edit my post

Dear lord, what a clickbait headline this is.

Also, 75 fps at native 1080p is pretty depressing stuff. Between that and the "this only works on stationary objects" thing, let's not all jump on the software raytracing just yet.

The engine is in alpha, and a game would be more optimized than a demo on top.

We still have a long time to judge real performance. What I find depressing is that their lighting system doesn't use ray tracing hardware, even as an option. DXR support could help AMD and Nvidia quite a bit I suspect.

"...what a clickbait headline this is."

I am actually surprised Epic decided to start killing RT support this early, I don't like their own solution. It's clearly inferior.

And only for unreal engine, only. So there’s that, too.

75 FPS is better than the 15-30 we were seeing when the RTX games first came out. And this demo looks significantly better.

Its not using FSR, it using UE5's improved TAAU.

"Testing conducted by Digital Foundry shows that the Radeon RX 6800 XT is up to 12% faster than the GeForce RTX 3080 at the 1080p Epic setting with FSR upscaling to 4K."

Literally pulled from the article...

But with Ray Tracing its not normally better.

The main thing for me is for it to be tested both with 'Use Hardware Ray Tracing' turned on and off in the settings. At the moment the assumption is that it is just turned off. In my testing it seemed to run the same or slightly worse with it turned on for a 6800XT. Point being, given the 3080 has more separate hardware for it it may gain a large amount from having this option turned on. I'd suspect in the future it will just have this option on or off depending on what card you have, or expose it to the user in the options menu.

`Cos that sphere tracing is software based for now. Still impresive.

DF is totally clueless about a lot of stuff.

Its DF what you expect, propably didnt want amd to have higher gain so they cpu bottlenecked.

See the video, it's with the exact same AMD GPU.

It does. 5.3GHz under ideal conditions.

GHz =/= single-core performance. I guess the word 'speed' is throwing people off here?

It does. 5.3GHz under ideal conditions.

That doesnt mean it is faster though. It can clock a bit higher, but it is slower.

It gets higher frame rates with the exact same GPU.

Because cinebench is the determining factor for single core speed? Nobody gives a shit about that benchmark.

whats big ? rdna2 cards perform better than ampere at lower res or when there is cpu overhead (this demo is really cpu intensiv seeing 3600 is 28% slower than 10900k) .nothing new or unexpected really

If it has to run fast on consoles it's going to be well optimised for AMD hardware.

The challenge is that lumen is for unreal, only.

I want to see it put up against the GeForce 6800XT in a few modern titles. And Crysis :p

I think it's more likely the driver overhead issue with Nvidia taking place with at 1080p - 1440p which makes the RDNA2 GPU a bit faster than their GeForce RTX 30 counterpart. The demo is so CPU intensive that it's very biased towards faster Single Core performance than many more cores that makes the 10900K a bit faster than 5950x. Even though the Ryzen is usually the faster one in majority of other application and games that is optimized for multithread.