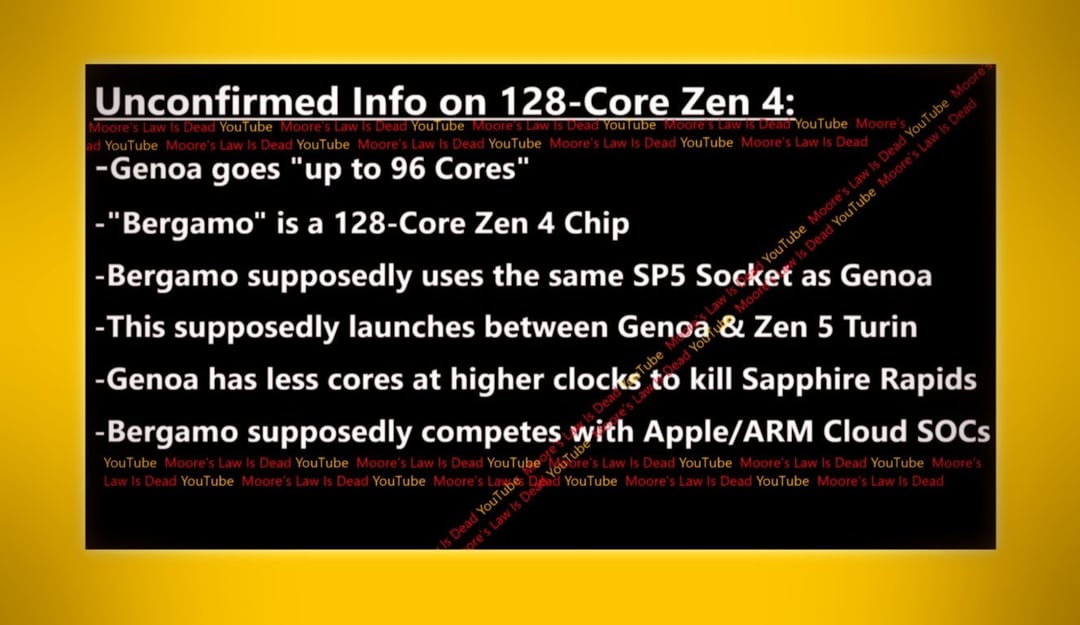 Monet would be very interesting. AMD did not have Zen3 or RDNA2 on 12nm, so this would be an all new design, and should be able to be denser, than their previous 12nm parts (which were using only precision, not density improvements possible on 12nm).

Doing it on 12nm should also make it possible to produce a lot, cheaper, and faster, than 7nm would allow.

And with updated video engine- this could be perfect for media consumption laptops, as well as educational devices. On CPU side- four Zen3 cores (even at lower clocks) are more than enough for that. As for the GPU- four RDNA2 CUs would be quite decent, but two- maybe not much different than Vega3. Hope to see more about this.

If RDNA 2 is indeed converted to LP12+ this opens the way to new GPUs to replace the old GCN entry level laptop chips.

It would be very easy for it to perform well at 1080p, which is the entry-point for many gamers.

should be able to be denser, than their previous 12nm parts (which were using only precision,

This is a different 12nm, the new 12LP+. Details are scarce.

There is no actual density improvement on 12LP, only 7.5T library. RDNA2 GPU/APU hasn't even used the "normal" 6T 7nm library that Zen2/3 use yet (which is already significantlyless dense than Apple/Qualcomm etc). I doubt AMD is going for density with APU.

produce a lot, and faster, than 7nm would allow.

Keep in mind TSMC can make over 200K 7nm wafers per month, GloFo can make 60K all FinFET nodes in total. Even a slight drop in demand by Apple and Qualcomm will be enough. And those demands might be completely gone by early next year.

So basically Android Tablet and Chromebook.

Zen 3 is just a architecture... You can build that same architecture on a 14nm, 28nm, ... node. The main issues will be die size and power efficiency. If these APU's have a slightly lower clock and do not boost as high, they are guaranteed to have the same power usage in the 65W range or lower, for 6 Cores. What is a ideal number of cores for OEM desktops etc... Even 4 Cores at a 45W TDP are plenty for those systems.

you can't just simply backport designs. You can ask Intel how that went. You run into signal length and strength problems. If they want zen3 and rdna2 on 12nm they will have to invest a massive amount of time into it.

Can anyone here make an educated guess with the die size ? My guess is the spec could be 4 cores with 8 MB L3 cache, 4 rdna2 cu (or possibly mRDNA2) and only 16 lane pcie3 (hopefully pcie4).

Enhanced 12nm should be a good fit for quad core CPUs/APUs and lower end (RX 560 and below) GPUs. Spares the 7nm supply for the high power parts that really need it.

Is it a slow news day?

Bergamo sounds way more plausible than Monet. Why in the world would amd port zen3 or RDNA to globalfoundries? It's going to be expensive af and provide significantly inferior performance (see rocket lake, which actually went from a node worse than tsmc 7nm to one much better than GF 12nm). Not to mention, for a low margin and likely low volume product.

Monet could very well be an improved zen+ and vega, but not going to be either zen 3 or RDNA

12nm is WAY cheaper then TSMC's 7nm. That is bonus one. Global Foundries has capacity available. Bonus two.

The idea for 12nm Zen3 APU's is OEM's... The reason why AMD can not competed with Intel in the OEM market is Intel can keep pushing out millions of 14nm cheap as hell CPU's with 4/6 cores for office desktops. AMD is stuck with TSMC on a advanced node but limited capacity.

12nm APU's is instant OEM market access that they where unable to fulfill right now. Its like a big black hole for AMD. Going back to a slightly less advanced node is not a big deal for OEM desktops.

So the increase in die or the increase in energy usage all do not matter if this allows you to sell into a market you have been unable to sell into ( OEM needs low prices + volume ). So AMD can earn very little on those 12nm APU's but still earn money and it puts more pressure on Intel in a market that Intel considered secure.

Yeah this would be the perfekt CPU for cheap Chromebooks and Office PCs. Low Clocks for good yields and good power efficiency.

So the possible volume should be pretty big.

$50 quad core Zen 3 CPUs with a profit margin of $40 for business desktops would be a banging success. Most users need no more performance than that and office desktops don't need cutting edge efficiency.

Bonus three: It uses up wafers in the AMD-GF wafer sharing agreement

Implementing zen3 on glofo 12nm would make it very big. And very big doesn't tend to be very power efficient.

Also, Rocket Lake has no problem with power if run at low clocks. A hypothetical 12LP+ Zen 3 CPU should still be significantly faster than a Zen+ 12LP one.

So I don't think it's out of the question. Still strange, but not implausible.

AMD needs to use those wafers somehow.

AMD so far has targeted highly aggressive clocks for what process node (dense or high performance) they use.

It's literally balls to the wall regarding voltage/frequency...

Meanwhile , if instead of targeting 4.6Ghz like Zen3 cezanne on laptop they targeted like 4GHz Boost on a potential low cost chip on 12nm it could work...

Idk if it would be the best decision , but it could work.

Meanwhile , if instead of targeting 4.6Ghz like Zen3 cezanne on laptop they targeted like 4GHz Boost on a potential low cost chip on 12nm it could work...

And it makes hardly a difference in performance. Most CPU's when they start to pass that 3GHz threshold tend to get more power demanding for less gains.

Zen 1 had the ideal spot at 3Ghz for max power to performance, and that was on GF 14nm. Now we can look at Zen1+ like node ( with improvement ) and the 40%+ IPC gains that Zen 2+3 gained over the generations.

So even at 3Ghz those CPU are still extreme efficient and fast, simply thanks to the massive IPC gains from Zen1 -> 3. All the rest is just icing on the cake. I think nobody will mind a 12nm Zen3 APU for home systems/Nas/whatever at a cheap price.

I see one party not being happy and that is Intel... It also helps that AMD is not so stuck on TSMC as its sole provider and has some backup. That money will also help push GF back in the race and hopefully towards lower nodes. Fab competition is good and needed for a company like AMD that has no fabs themselves!

Why in the world would amd port zen3 or RDNA to globalfoundries?

It's cheap, and with Zen 4 moving to a 6nm IO die it allows them to crank out a lot of very low cost, high volume APUs for ultrabool type machines and office computers that don't need much juice and it will allow AMD to use up their wafers that they are obligated to purchase from GloFo. It obviously won't beat their 7nm parts, but it could still offer very compelling price to performance.

Monet sounds promising. It's nice to see that the low end is getting some attention again.

I wonder if the 12nm Zen 3 will be branded Athlon instead of Ryzen.