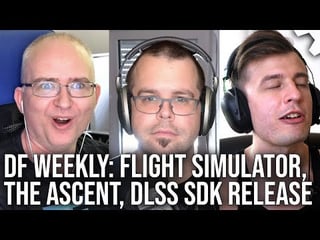 I really really hope HL alyx comes out on this. Want to play it so bad

It’s pretty wild, man. It’s the only VR game that I’ve played that fucked up the depth perception of my own hands when I came out of it. It gets pretty intense.

I just wish more PS and Oculus titles came to Steam, as well. VR should really be more open, IMO.

Totally agree. I’d love to play Half Life: Alyx and the Insomniac VR games as much as PC players would love to play stuff like RE7 VR. I get if a platform completely funds it, they’re not likely to want to do that. But VR just is too small for platform exclusives isolating us all. Shit, I would even like to see the PSVR2 come to the XBOX Series X/S, if they’re not going to do VR (which I can’t wrap my head around — MS has headsets, or they could do a XBOX link to Oculus devices or something).

But yeah, make the PSVR2 the console VR device to stand up against PCVR. I’ve always wondered about using MS’s azure cloud streaming services as well, the way they utilize XBOX Series X server farms after a recent upgrade… I’m curious if they could do something where the console you have renders the image to the left eye, and then use cloud computing/processing/streaming to render the image for the right eye. Obviously, latency permitting — internet would need to be pretty solid.

If they did something like this, they’d likely not split it up by images per eye but in other ways, like having the cloud streaming render the environment and your console render all the immediate actions and responses you do within it, but it seemed like a simple enough example of what might be possible. And could effectively double the rendering power of the console you have, putting it on equal footing with PCVR headsets and capable of running more demanding software. I’d love to see it happen, as someone with both a PS5 and XSX and planning on getting a PSVR2.

I’m especially excited about the new DualSense functionality on their controllers, with haptic feedback, adaptive triggers, and the new touch pad that tracks your index and middle finger and thumb as well as gestures and even haptics in the headset itself. Being able to feel the texture, shape, size, etc. of virtual objects while you grip a sword, pull a door open, push a barricade over, etc. is really going to open up the possibilities in VR and adding that extra layer where the world you’re existing in can be felt in a tangible way, and that’s hugely exciting to add another sense to the experience.

Same. I am kind of irritated with Valve they left me on that cliffhanger this many years and when they finally release another part of the story it isn't accessible to 85% of gamers, as cool as the vr experience for it seems to be.

I'm kind of irritated how irritated people got at Valve for finally doing what they were asking for in the first place. A "system seller" for VR & to actually make a game for once, both of which Alyx did. But then people got mad at them for making a VR game from the ground up...?
I understand the matter of accessibility, and I want as many people as possible to play Alyx, as it is truly a brilliant experience, but the game simply doesn't work as a non-VR game due to how integral the player's "persistence" and interaction in the world is.
PSVR2 seems to easily have all of the hardware requirements needed for it though, so it'd honestly be a huge opportunity to generate excitement for VR as a medium in general if it came to the system. It will be baffling if it doesn't.

I recently picked up a Quest 2 and god damn that thing is clear af. Really hoping PSVR2 can surpass those specs and look as good. Pair that with some AAA VR titles from Sony and it will be a killer.

If the current leaked specs become true, PSVR2 will have a resolution of 4000 × 2040 per eye, as well as eye tracking, foveated rendering, and OLED panel.

Meanwhile the Quest 2 has 1832 x 1920 per eye and LCD panel. PSVR2 is gonna look much nicer, especially with the PS5 powering it opposed to Quest 2's Snapdragon XR2.

If the leaked specs are true the PSVR2 going to be twice as expensive as a Quest 2.

You're not gonna get near Valve Index quality for under $500.

Yeah Quest 2 should be the absolute lowest benchmark for PSVR2. If thing has any sort of wires it will be massively disappointing. The quest is such a great showcase for how much more immersive wireless VR truly is.

PSVR2 is going to be so awesome. My only hope is they add a wireless option idc if it costs quite a bit more I'll pay for it.

A standard wired version for 450$ (the same price as the original at today's rates) and a wireless version for ~600$ would be great.

I wouldn't want them to be any cheaper than that, though, as corners would then have to be cut to achieve the price.

They should make wireless an adapter that you plug into it.

I was just talking about this. The option would be great and the wire can be detachable but if you go wireless it'll take a slight performance hit, I'd be good with that.

It probably won't take a performance hit to be honest looking at current wireless technology from HTC and Oculus. The technology is there. The issue is gonna be powering the device meaning you'd need a battery pack which ads to the weight. But a 200 - 300USD add-on does not seem unlikely.

It wasn't for most people.

Yeah, got my reservation in already.

As a day-1 PSVR owner, I absolutely cannot wait for PSV2! There's so many little things I'm sure they learned through the experience of releasing the first headset that this next one is going to be incredible.

For now, I'm just keeping my fingers crossed that their plan to release in 2022 means something closer to February/March than it does the Fall.

I think PSVR2 will solidify the PS5 as the console to get.

It needs a better screen. Psvr is so blurry that vr games literally look better to the people watching it than to the user. Thankfully I think that is a given.

I would also love a front facing camera that I can toggle on. Even if it was low res crap cam. All I want to do is be able to turn it on and look around my room to grab my drink or see if my dog is chewing on something.

Psvr has a small focus point. A lot of people don't position it correctly or do the IPD setting right. Screen is low rez I don't think it's blurry necessarily.

I didn't know how much I wanted a front facing camera on my PSVR until you said that.

The oculus quest has that - you can give a little tap on the side and it switches to the camera so you can look around. It’s grainy as fuck but you can grab a drink/pet the cats/make sure your mum hasn’t walked in while using the VR for other shit. Top feature!

What part of the video does it mention Psvr2?

Super excited for this. I really want to give VR a go, but don't want to go all in on a gaming pc to make it happen.

It's going to be a long and impatient wait!

I never hear anyone really complain about the field of view on the psvr, which was my biggest complaint. I hope it gets resolved in the psvr2

After getting a Q2 the extra 10 degrees of the psvr feel great as well as the fact the image is crisp, although lower res, throughout my field of view whereas the Q2 has a small sweet spot that gets blurry as you look to the edges. And the non fresnel lenses of the PSVR are better in my opinion as I can’t stand the god rays.

I know it for sure isn't happening, but it would be cool if you could also use it on PC.

Yup, I do simracing on PC and would absolutely buy the new Playstation headset if it worked for both. Probably won't buy it solely for VR Playstation games.

As a PSVR1 owner, even the leaked specs seemed amazing to me, every aspect I disliked about the first VR headset was fixed. If PSVR2 has even better specs than we thought, then I'm even more exited!

Let's hope we learn more about it at the expected big summer event from Sony.

To me it has to be wireless or a no go for me. Having owned 2 WMR headsets, PSVR, HTC Vive, HTC Index, Oculus Rift and Oculus Quest 2

I just can't use a wired headset any more.

I'm waiting for ease of use to improve dramatically before I take the plunge.

Did the first PSVR work on PC as a regular headset?

PSVR didn't receive official PC drivers, so while eventually people found a way to use it, it was nowhere near "user friendly".

With PSVR2 I think there is a chance Sony could make it work with PC, after all their PC efforts are increasing lately. But imo that would also mean, that they couldn't sell it at a big loss (so I'd expect above $450 retail price in that case), as a portion of buyers would not provide added revenue by buying Sony games/services.

Don't believe so. Psvr was a lot cheaper than some of the PC setups, so even if it wasn't the most powerful overall, it is still a great entry point to try it out. And even considering that, it still has some awesome experiences.

Not really, there are ppl that do "hack" it though but from what I've heard not a good experience

Improved specs would be fantastic, but I would be more excited if Sony announces official PC support for PSVR2.

Haha im still holding out for PSVR2.0 since the 1.0 release wonder if it will ever come.

PSVR2 has been announced. Sony has had a few different blog posts on the next gen PSVR, so it is indeed coming.

Uh psvr 2 has been confirmed for something like a year now.

Hope no more light tracking means it’ll work even in smaller space. I stopped playing Superhot because I could pick up weapons that were too low because of my limited space.

I've only recently experienced VR gaming and it was amazing (tried out Half Life and First Contact). After that, I was sold on getting the PSVR2. Instant buy for sure!

Look at Leadbetter's face in that video thumbnail, haha!

It's wireless with WiFi 6. USB-C is for quick charging.

Yeah yeah yeah. Higher res screen and wireless or no thanks.

The thumbnail is incredible