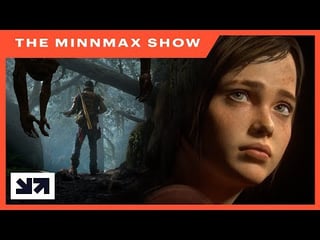 Jason Schreier: Naughty Dog is working on TLOU Remake because their future games are still in pre-production
2 ： Anonymous：2021/04/15 18:17 ID: gums0am

Basically, Naughty Dog embarked on the project because after TLOU2 release, the team would have nothing to work for months since their next projects are still in pre-production (creation of stories, characters, concept arts and etc.)

The Last Of Us Factions (the rumored MP only game) seems to be in the final stages of development as well.

I guess that makes sense. And since the remake began development in 2018 and was already partially complete before they picked it up, it makes sense to finish it.

Meanwhile the internet has been all pissy for a week because they don't know how this industry works.

It's their company they can work on what they want. Studios that don't have work either shutdown or lay people off, if an unnecessary remake keeps an amazing team employed, then so be it. Ultimately sales will dictate whether or not this was a worthy endeavor, vote with your wallet at the end of the day.
ID: gund1v6

I thought the more interesting part was when he said that they're using the TLOU2 engine and will maybe be packaging it as a "complete experience" type deal, maybe renaming TLOU to TLOU part 1.

It makes sense when you put it that way. Probably should've written that down in the article...

I could see them putting out a "The Last of Us Collection" or something like that, whenever the new Factions is released -- it'd include this supposed remake of the Original Game, a PS5-enhanced version of TLOU Part II, and bundled-in access to whatever this new Factions multiplayer game is (unless they end up releasing that with some sort of F2P model? Idrk).

Sounds like a perfectly reasonable approach to keep the studio working then.

And also, the people of Sony Bend that had nothing to do in the early stages of the next post-Days Gone project, were more than happy and willing to be employed and busy helping Naughty Dog as opposed to getting laid off. The former director of Days Gone at Sony Bend, Jeff Ross, confirmed as much in his interview with David Jaffe.

This is pretty common, especially early on in a new project when they haven’t even figured out what the game is going to be, you don’t have a lot for animators and level designers etc. to be actively working on. And it’s par for the course that multiple studios under the Sony umbrella assist each other. Shit, Death Stranding runs on the Horizon: Zero Dawn engine from Guerrilla. It’s not unusual or anything for them to help each other out, and it sounds like Schreier’s story regarding Sony Bend and this very specific element of the story might not be as he portrayed them.

I agree, I’m also cool with this. But man, I wish they would’ve chosen the Jak games to remake instead. Maybe PlayStation will partner with Vicarious Visions in the future so they can give it a try. I can dream.

Haha yeh, I loved this! Is there any word on if they’ll be doing something similar? Always cracked me up seeing an old college friend succumb to their wounds or something!

I just need to know when MP and TLOU2 PS5 update are coming.

Same. People are really sleeping on the potential of Factions 2. Really could be the best MP to come out these last few years

TLOU Factions was my favorite multiplayer in years. If they release the new Factions as free to play, it'll print money. I think multiplayer shooters have gotten very stale in the last few years, I really don't even play any anymore outside of maybe some Rogue Company. Factions will get me back online though, for sure.

I’m counting on it considering Factions in TLOU Remastered is still my favorite multiplayer to date by a good margin.

If the first was any indication, this will easily surpass it, just even on a mechanical level.

I worry that they are going to wait until TLOU remaster, and sell it as one package - TLOU/TLOU2/Factions 2

This is pretty much what I figured they were doing. Giving the programmers/developers an opportunity to work with tye PS5 and see what they can do with it while they prepare their next game.

There's often downsizing after a game is complete and they prepare for the next one so instead of laying people off this gives them another project to work on.

If it's just the 1st game with the graphical and gameplay quality of the 2nd, I'm actually super hyped for it. I'll take any excuse to play it again.

The main thing that would excite me is gameplay parity. Having the mechanics of Part 2 in Part 1 would be pretty incredible.

I’m still blown away at some of the kill videos that I see posted from TLOU2. They’re so brutal and real looking.

Yeah that's the thing, this says "REMAKE" not remaster. So it's from the ground up and should have a ton of amazing changes

Good god, I enjoyed the fuck out of the gameplay of Part II. I was iffy on the plot, some parts were really strong while other parts kinda sucked, but the gameplay really kept me going.

Playing the first game in Part II's engine would be literal heaven.

I liked how the first game was perfect in how it was more of the same, it was basically just Zombie tropes but this time is was fungus and amazingly well executed. Very Walking Dead. I loved how the second game felt different, you didn't know WHERE the fuck you were going so the game is far more seared into my brain for it's set pieces and scale of the journey. I think people need to go easier on the second game and hopefully, HOPEFULLY a remake or upscaling of the Last of Us to Last of Us 2 standards will sew the whole story together more and everyone might chill the f out for real this time.

Yeah, that's what a lot of reasonable people were saying when the article came out.

It also fits into what Jeff Ross was saying, they are moving into their next game, they don't need everyone there, so they helped out in other projects.

I'm listening right now and I only feel like slapping this dude because he let everyone ran rampant with this story and now he is like "hehe guys, there is no big deal actually, I didn't expect this story to get so much traction" . Apparently, ND put people to work on TLOU R because they also have many new persons and they want to get them used before their next big project, especially because they didn't know what to do.

That's Jason for you. He knows any article he posts will generate conversation so he makes sure to use words that incite such emotions from gamers.

All the headlines based on my article today will focus on the games, but the real story here is the people:

The people who tried to start something new at VASG but couldn't, and left

The people who left Bend b/c of turbulence there

The people who left Sony JP And more...

Yep but no one will even comment on this. Everyone will outrage on pure speculation then when the non damming truth comes out, it'll be ignored.

Yep, he clickbaits his titles then gets shocked that nobody read the article and then gets defensive. He does it so much that everyone should be used to it by now. As far as I am aware his articles are behind a paywall. I could be wrong about that though.

It's still a clickbait bullshit headline, but his story and headline suggestion went through both a copy editor and probably a section editor at Bloomberg, it's not like he was acting solo.

I like to take this time to remind everyone and lament that he works for a publication with a glaring credibility problem since they still haven't retracted their bullshit big hack story.

His reputation is treated as bulletproof because he did some good reporting surrounding working conditions in some big studios. But in reality outside of that his bread and butter is clickbait hit pieces that do nothing but stoke console wars nonsense then anyone who criticizes him he calls a fanboy.

And yes Bloomberg is behind a paywall so for most people his headlines and Twitter reactions are all we have to go on.

Figured it was something like this. Literally at the moment listening to the people on the Beyond podcast complain about this and then what do ya know day after their podcast the rest of the story comes out. At least ND gave them work instead of just laying off people while the games were in pre production.

That’s key, yes. The industry cycle used to be just lay off all the production folks after a big project went out, because they wouldn’t need to be staffed up for the next one yet.

Spacing in other tasks like this are a great way to avoid having to do that!

TLOU2 was one the best games I’ve ever played without a doubt.

I’m waiting on the PS5 patch and the TLOU remake. The remastered was fine but the remake should be even more glorious.

This was obvious to me.

Just like the Bend Studio ordeal - they were helping out ND b/c their new IP is still in pre-production. You don’t need the WHOLE studio during that time, just the creative team.

no way he's actually surprised by the reaction it got. he knew what he was doing.

So like we always said it's not a big deal and Jason just made the mistake of not telling all details (I hope it's just that but attitude aside he's usually not bad so probably yes) and all this drama was absolutely for nothing?

Aside for the title, there really wasn't something to be outraged about in his article anyway.

This is like the arsonist putting out the fire and claiming to be the hero.

I’ll be honest, if they can open up the last of us a little to make the world bigger then hell yeah. If they add it to the new factions multiplayer even better.

Uncharted 1 is such a slog but I forced myself through it just for the story. The gun play and AI is so bad.

I don’t get why they wouldn’t remake Uncharted. The graphics are worse than TLOU and TLOU already has a remaster. I’m honestly disappointed

Yeah I would have much preferred an uncharted 1 remake

Just remembering that the production of the remake started at another studio (Sony Visual Arts), with ND being assigned to help. ND as the developer of the original ended up getting more and more involved and took over as the main studio.

And for those who are saying that they should do a remake of Uncharted or Jak And Dexter, the initial idea of Visual Arts was to remake the first Uncharted, but they saw that it would be very expensive (way more expensive than any remaste