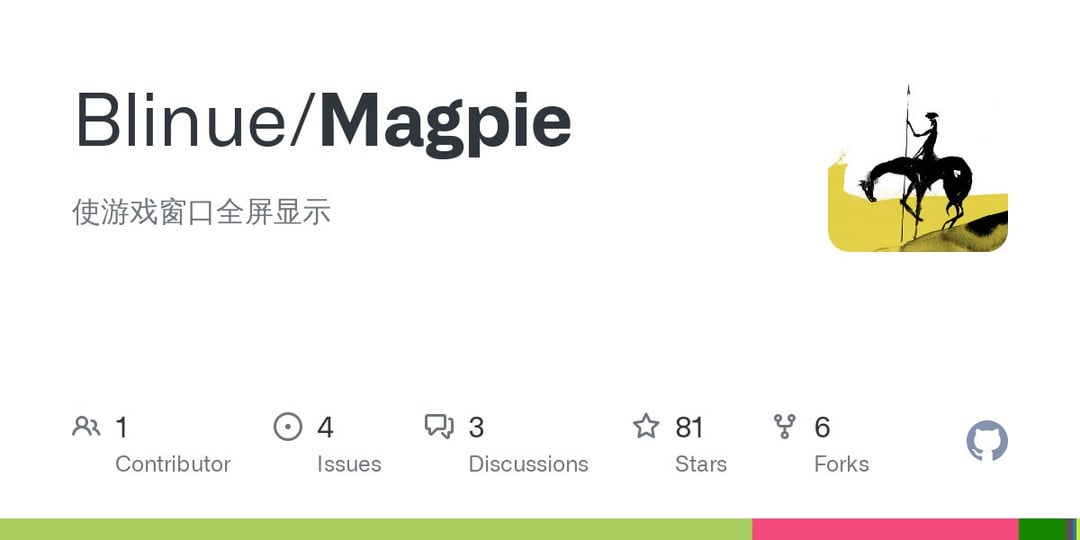 This is huge if real

Do not expect performance in comparison to native FSR support.

Funny that Lossless Scaling basically refused to add filtered upscaling support until Magpie did it for free, plus Magpie is the only program that has independent upscaling that isn't FSR.

So, why? Why has literally every single english speaking programmer NEVER tried or even thought about making an independent upscaler?

Why has literally every single HARDWARE UPSCALER, like for retro upscaling, never supported freesync or resolutions above 1080p?

Seems to me, they've all been colluding to not encroach DLSS, and only started pretending to care after AMD gave them "permission" by open sourcing FSR, when there was NEVER any reason to not use an alternative.

On the Hardware side, mCable already had the perfect upscaling tech to compete with DLSS/FSR, but they've deliberately crippled their upscaler to not work with freesync and high resolutions. To elaborate, freesync/resolution is a freaking display standard, yet mCable pulled a Nvidia by NOT updating their display controllers for YEARS, when a mere controller update would enable freesync. I've emailed them about it, and the PR excuses was laughable. Who wants to bet, all these hardware upscalers will start to allow PC upscaling NOW, only after AMD open sourced FSR, which is completely brainless for any company that could have had a near monopoly for PC upscaling, outside of DLSS. Like WTF is this extreme amount of corrupt collusion going on to not support PC upscaling without being given "permission" from the video card vendors. This is insane.

ReShade is another one of these colluders, but we already know they have deals with Nvidia, so that was obvious. Everyone else though? WTF? Is the market that corrupt?

It's not any different from all the console ports that got PC downgrades, and only just now Epic Games is working on LUMEN that competes against raytracing, not to mention TAAU. Apparently Epic is the only engine company to have the testicular fortitude to bypass the feature scam.

AMD knows what they've been doing though, and since GCN should technically work with all this new RTX alternative tech, they just DROPPED SUPPORT for all older GCN hardware, like Fury and the 8GB 390, which should run this new stuff, but doesn't have any driver optimization because they dropped it.

People have been running FSR on Linux on all varieties of Vulkan capable hardware, even "unsupported" GCN cards. It really just is about market segmentation

AKA the almighty dollar. That's why disruptive tech, especially open source, can be so powerful. Clears up the muddy waters just a bit.

I didn't know that about mCable. That really is a shame.

I've got Lossless Scaling, I tried to get FSR running last night and had some difficulty.

If you get this you should know that you might have to fiddle with it a little bit.

Me who just started to get used to Linux: u kidding me

Are you implying that you switched to Linux just for better FSR support? Huh. The performance loss from proton is probably greater than any gains from FSR I’d imagine, making a net loss. Is that somewhat true with your experience?

I never did it for the gaming actually, I recently started learning python and on advice of my neighbour who own a multimillion dollar software company, I used a red hat based Linux distro for that

I’ve never even looked at the FPS in games and how they compare to windows tbh, if you’d like me to I’ll give it a look tho

Uh anyone got it in english?

it's a version behind. Magpie itself has english support on the todo list.

You can basically guess what the chinese options are too, and there is a program called capture2text that OCR translates text.

If only FSR offered something more, besides simple upscaling and sharpening