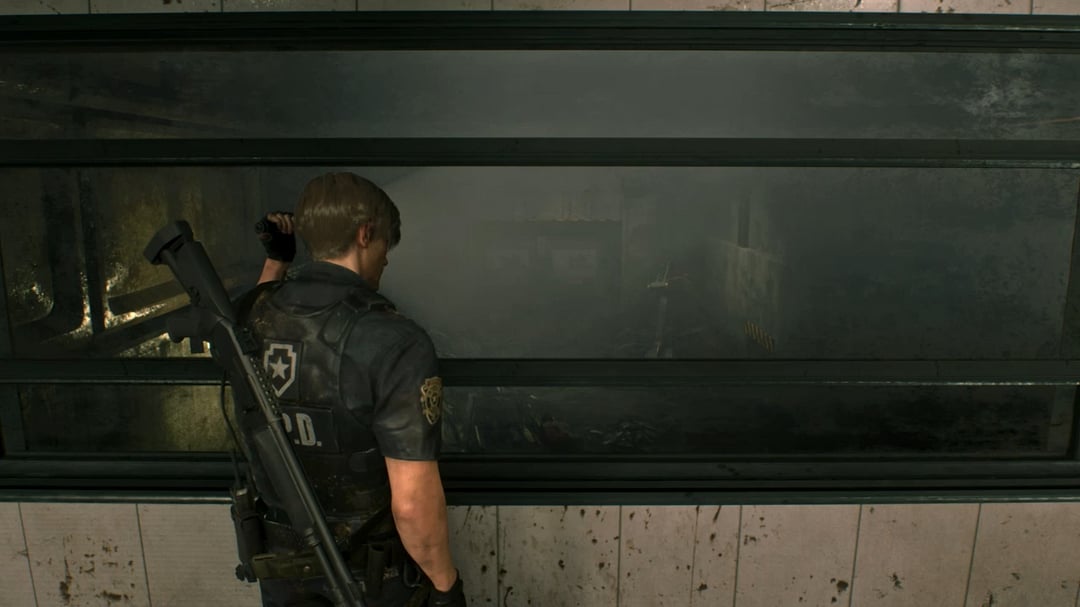 Really like how this puts Leon and Claire in the same space and acknowledging each other for a quick moment, which was something I felt the game lacked aside of the Scenarios don’t exactly match up.

In the actual game, they only interacted in the beginning and won’t see each other again until the end.

Great to see this mixed canon story edit. This made my day. Hope to see more!

Looking forward to the full version of this beauty. ❤️

This engine never fails to amaze me.. I really enjoyed it in devil may cry 5 aside from the REremakes, I really hope they just make an enhanced version to support stronger specs for this generation rather than attempt making a brand new one from scratch like so many do, this specific engine just has the right amount of a specific style that’s just hard to explain, that affects all of the assets just perfectly

An update on my cinematic RE2 movie project and I'm back to making good progress, this time we've got the G2 battle.

You can keep up with the project over at

http://youtube.com/byehazard
The music in the latter half of the video is by Jon Rob and can be found here

The concept for this video is basically sharing the boss battle, Claire needs to see G, and needs the time for Sherry's changes to take effect, as well as an instance between G1 and G3 otherwise the "your ass again?" would have no context, and she did just see him in the elevator so he is chasing he

r/sherry
. But Leon needs a boss fight too, he's had a few combat scenes with different enemies and mr x but no real Boss yet, and claire will get G3 so it feels fair for leon to get G2. I like the idea of Claire running away and happening to just pass by where Leon was, but she jumps down the vague sewer area and ends up going quite deep in and losing Leon again. I think its nice they see eachother, and the in-game notes do imply theyre aware of eachothers progress too
6 ： Anonymous：2021/04/02 01:41 ID: gt3js0a

Everything comes around. Just wait. Who would have suspected how popular Metroidvanias have ended up being for a while now.

It'll likely only be smaller indie games though, much like how most of the Metroidvania games recently weren't AAA titles.

The Medium already is a horror game heavily inspired by early 2000s PS2 games, including the camera

That makes me happy lol

I respect your opinion however the fixed camera angles and tank controls of the classic games will always be more defining of the series to me than the games after.

I for one am glad that the fixed camera angles and tank controls died in a brutal fire but i’d be behind an option for it in newer games.

This is fucking sick! I'd give just about anything for another cinematic-view RE game. There is something about that style of gameplay that can't be recreated in first -person or OTS.

I love this, Person-Who-Made-It. Don’t give up- your completed project will be one of your great achievements!

This looks awesome, would totally play it.